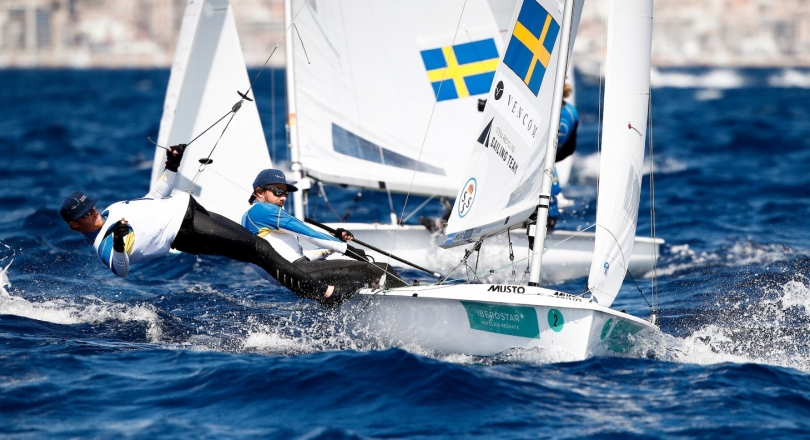 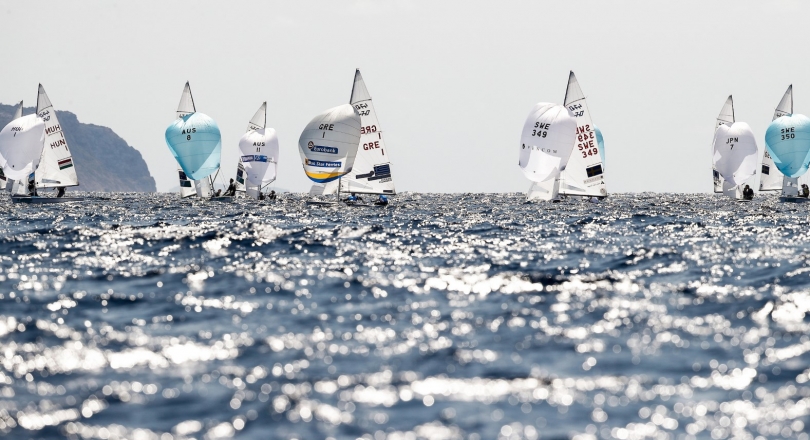 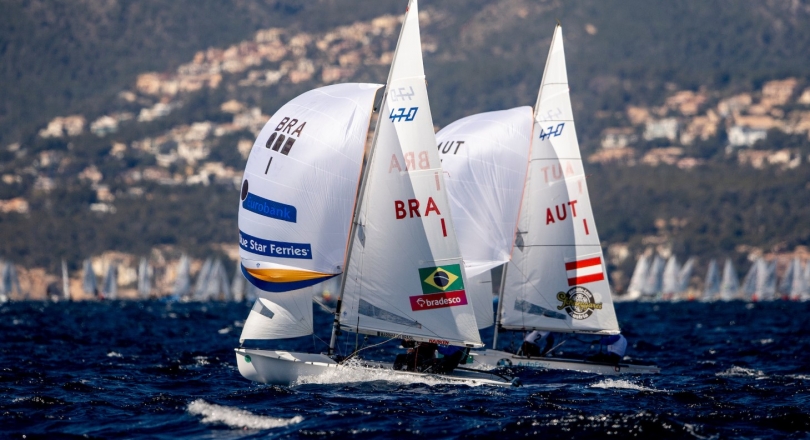 Ten year veterans of the 470 class Dahlberg and Bergstrom, current European champions, go into the ten boat medal race with a cushion of 25 points.

The Swedish duo, who was runner up at January’s Miami World Cup event, represent a strong statement to their national selectors with regard to the key Olympic test regatta later in the summer.

Relief was the most evident emotion for the Swedish 470 pair as they came ashore. The who lost a second place in the penultimate Finals race to a black flag disqualification.

“ We were OK with that as our discard was a tenth, so a 25 point lead still is super nice. “ said crew Bergstrom, “It's been a really tough week. Even if the result it looks like it does, before the medal race. It maybe looks like we were sailing brilliantly. But occasionally we do, but in reality it's been fighting all the time. We haven't won a single race but have been in the top ten every race and have had to fight for that top ten result every single race we've done.”

Looking at the strengths and weaknesses of their overall game, the Swede evaluates, “We are happy where we are but can still make gains. The key is strategy, race management and speed. Our weaknesses are small details. That BFD this shouldn't be allowed to happen in an important race. It could cost too much. Most important is consistency in starts and in speed, sailing is about consistency.”