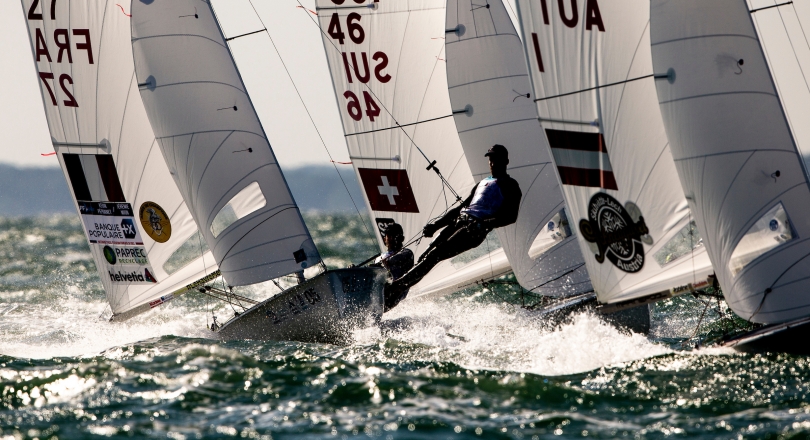 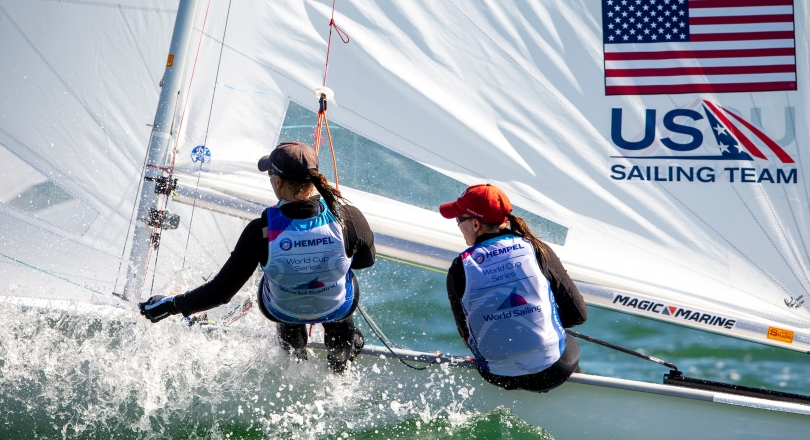 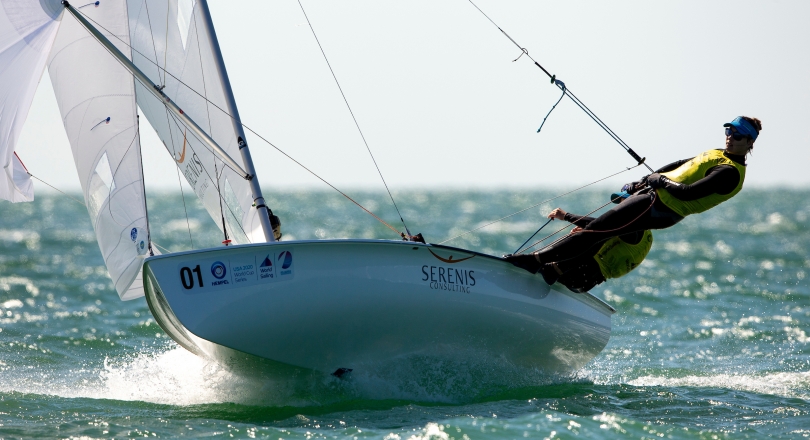 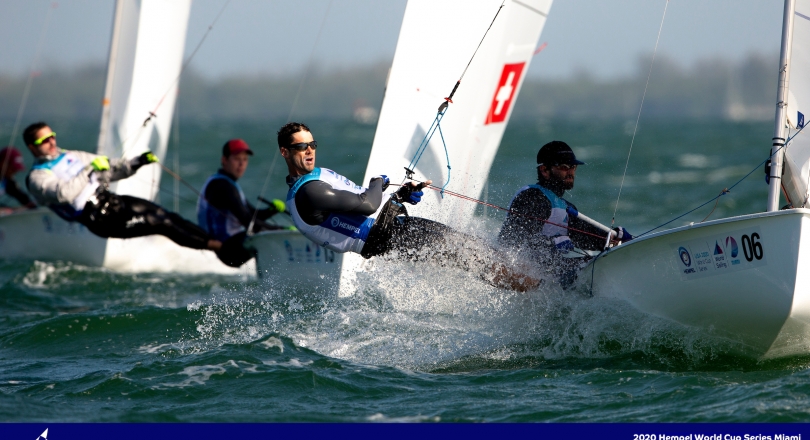 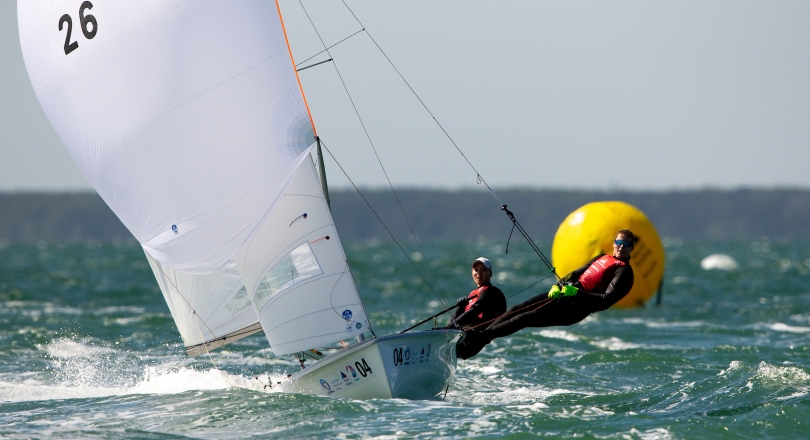 On Tuesday, the Men’s and Women’s 470, Laser, Laser Radial, and Finn fleets completed two races, while the Women’s and Men’s RS:X fleets finished three. Tuesday marked the second of five days of fleet racing leading up to Saturday’s all-important Medal Races. The Medal Races will be broadcast live on World Sailing’s YouTube Channel.

World Cup Miami, the second stop on the 2020 Series, is the final opportunity for North American nations to qualify for the 2020 Games in all seven classes at this regatta and the 182 sailors from 45 nations are also competing this week for advancement in the World Cup standings.

Tuesday’s weather was mostly sunny with temperatures in the 60’s. Wind speeds this morning were 12-16 knots, including gusts up to 20 knots. Conditions in the afternoon were more shifty and puffy with an increase in breeze. 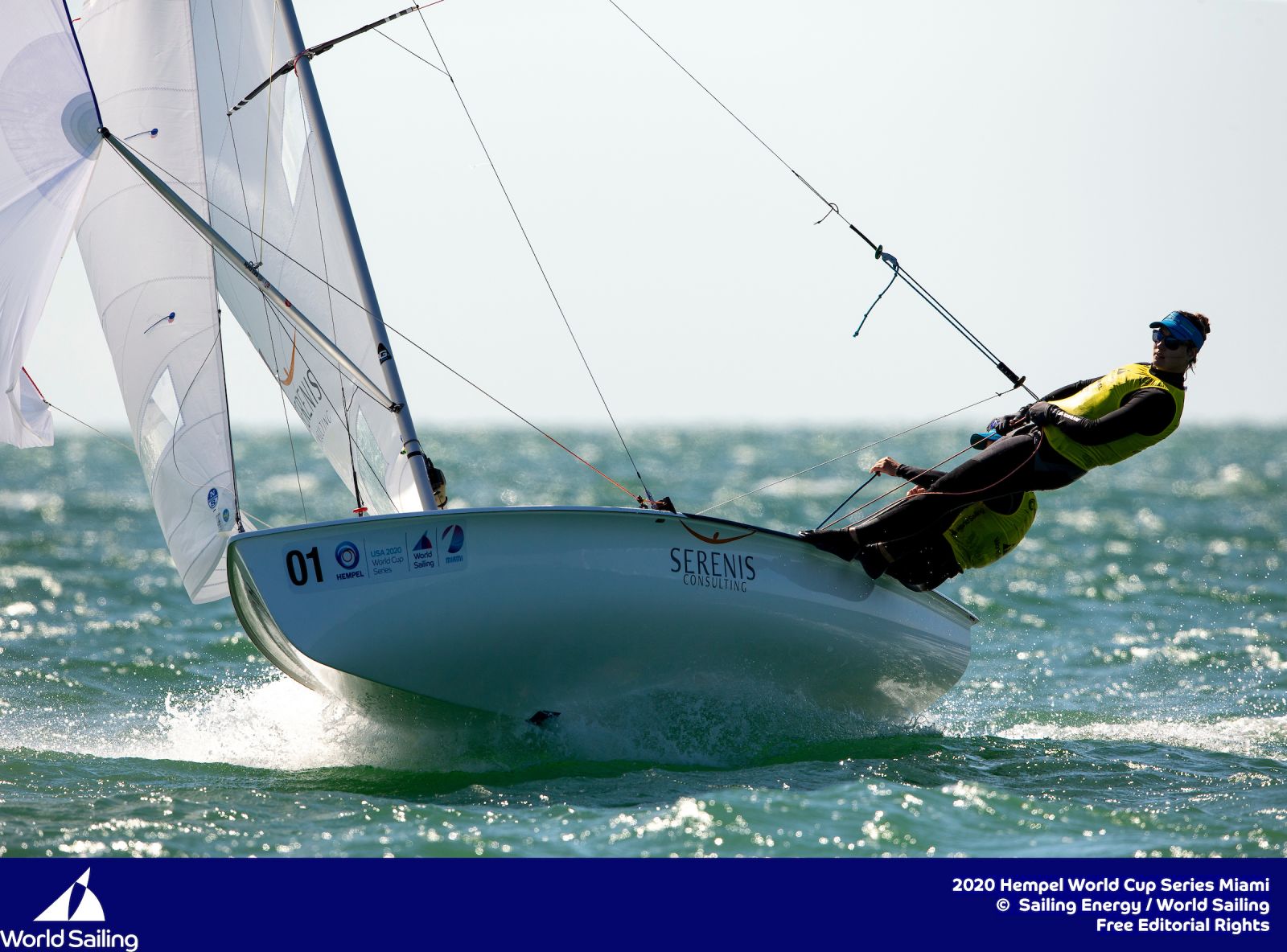 In the Women’s 470, Camille Lecointre and Aloise Retornaz of France have emerged as Tokyo 2020 medal favorites after they secured the 2019 Hempel World Cup Series title, gold at READY STEADY TOKYO and the 2019 European Championship. They have won three of the four races this week and lead the overall standings.

In second place is Poland’s Agnieszka Skrzypulec and Jolanta Ogar, who won Race 3. “We had a lot of fun on the water today,” said Skrzypulec. “We had a nice strong wind with a lot of shifts, so we had to be focused at all times. Yesterday, we struggled a bit in the second race, but today we started off with a fresh mindset and today was a new beginning with new wind conditions.” 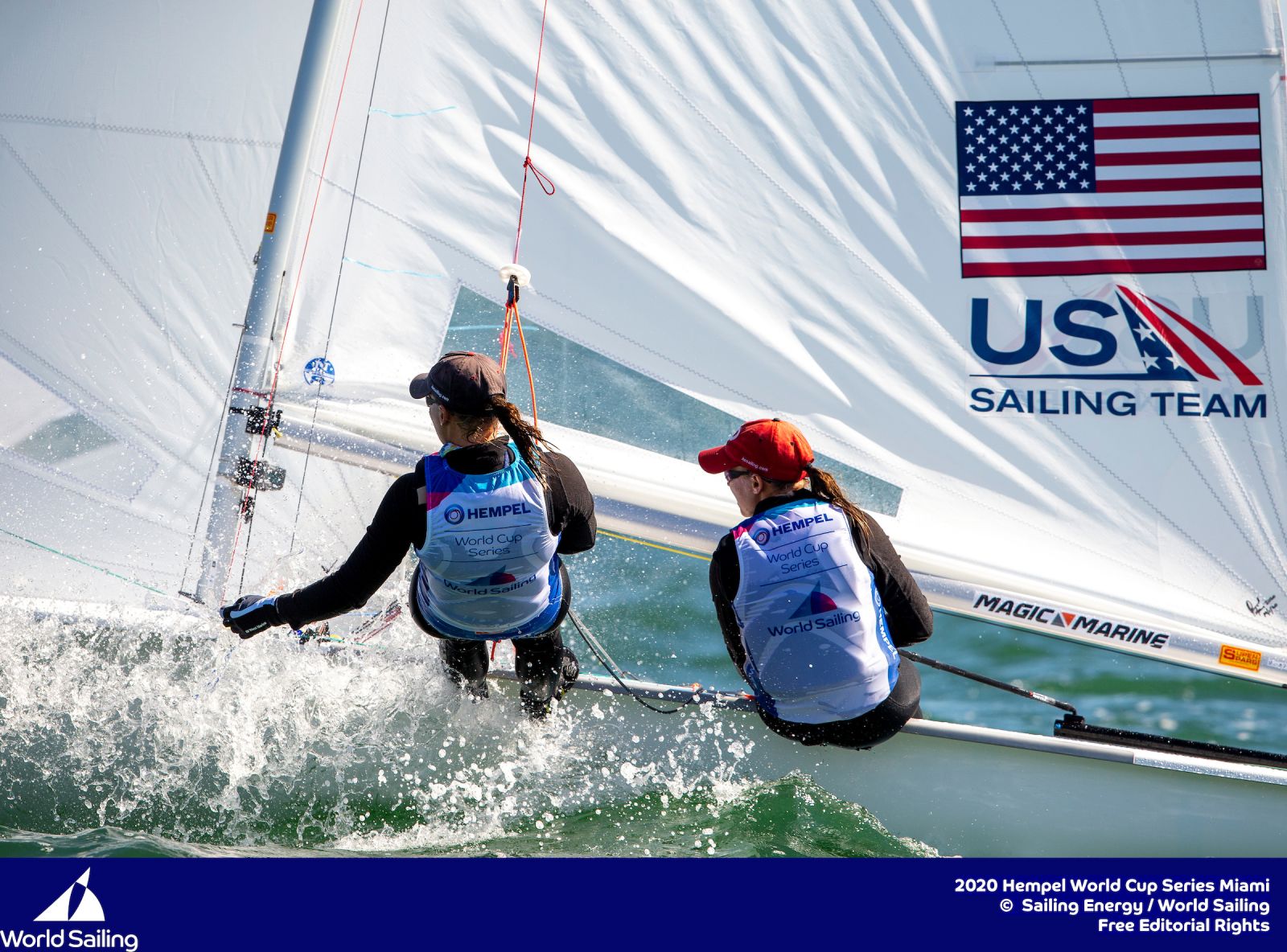 The only nation in the running for the North American Tokyo 2020 spot in the Women’s 470 is the United States. The event also acts as an American team qualifier for Tokyo 2020 with Nikole Barnes and Lara Dallman-Weiss, Carmen and Emma Cowles as well as Atlantic and Nora Brugman. The Cowles are currently the top American team in eighth place overall. They placed fifth and eighth today and lead the Brugmans by four points.

These young American tandems are gaining critical experience this week.

“The biggest step up for us has been the competition on the Women’s 470 circuit,” said Emma Cowles. “You have 50 percent of the fleet rounding really close together, so we were trying to get up to speed with them.”

“We’ve all learned a lot in these past few years,” added Emma. “We are all pretty new and we don’t have decades of experience in the boat like some of the athletes do. We are just thinking about what we can do one event at a time to keep improving.”

Over in the 30-boat Men’s 470 fleet, Anton Dahlberg and Fredrik Bergström of Sweden maintain their lead from Monday. They have a three-point edge over Panagiotis Mantis and Pavlos Kagialis of Greece. Stuart McNay and David Hughes are the top North American team in ninth overall.