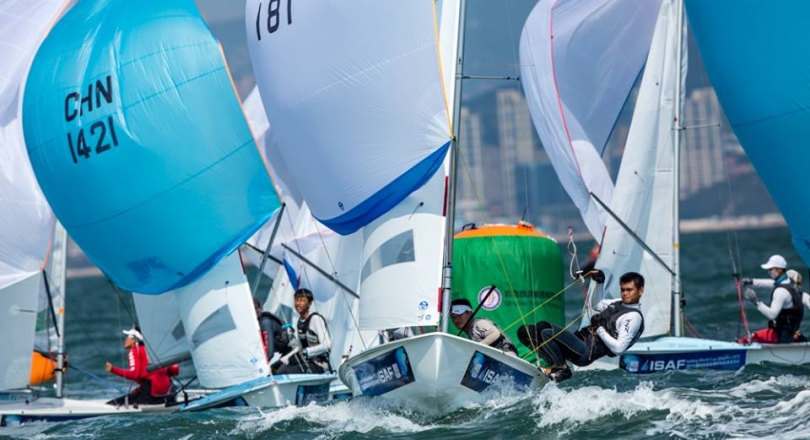 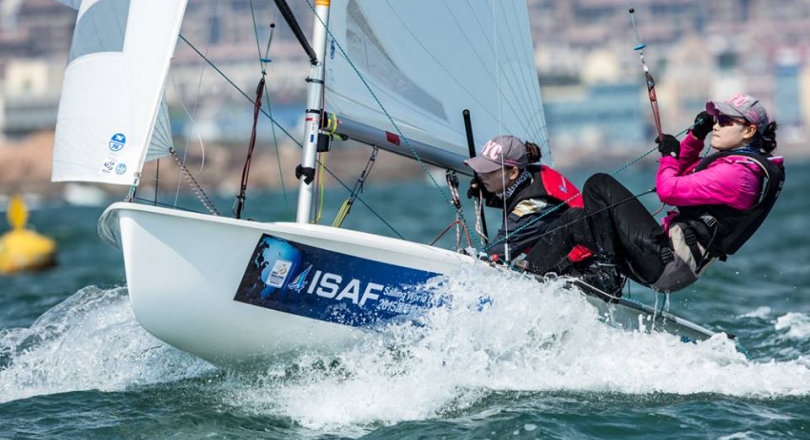 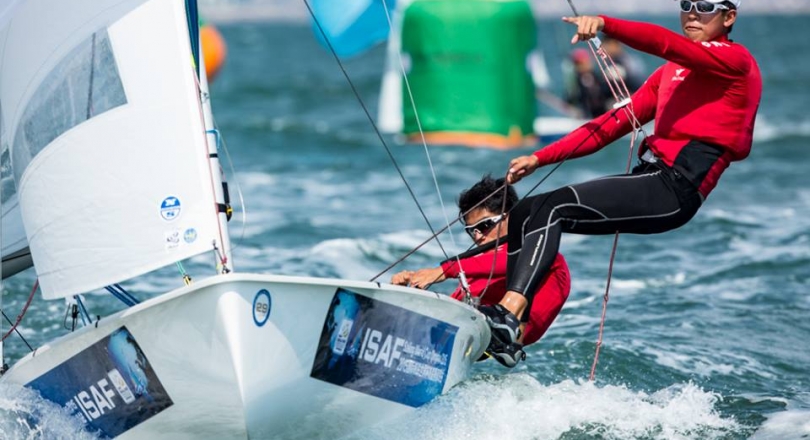 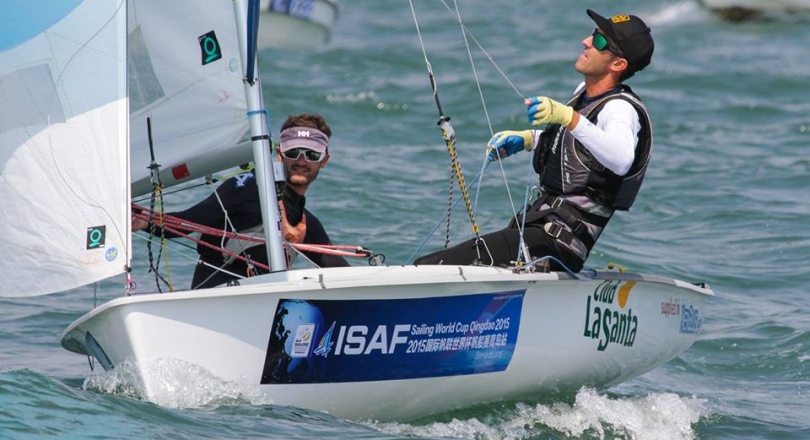 With Asian Olympic qualification spots on the line in the Men's and Women's 470, the stakes are high with sailors aiming to put down an early marker.

As the Asian qualifier for the ‪Rio 2016‬ ‪Olympic Games‬, 470 teams from China, Hong Kong, India, Korea, Malaysia, Philippines, Singapore and Thailand are looking to book their spot.

Racing has been hard and tough across the nine fleets competing in Qingdao with Abu Dhabi final spots, a share of the 150,000 Euro prize fund and World Cup medals on the line. Qingdao's strong tide, as well as a variable breeze put the 320 sailors from 32 nations to task with plenty of ups and downs.

In the Men's 470, China's Hao Lan and Chao Wang lead at the top with a bullet and fourth place from the day to finish on eight points. The good results mean that a 19th place yesterday is discarded.

The Chinese pair lead Spain's Onan Barreiros and Juan Curbelo Cabrera who are in second on the leaderboard with 11 points as they discard an OCS and count a sixth place.

The first bullet of the day went to a much improved Yong Chen and Youjian Wen of China, who also took a seventh but still find themselves someway down the leader board with average results from the opening day of racing.

The Women's 470 sees Japan's Ai Kondo Yoshida and Miho Yoshioka on top with consistent finishes over the two racing days with another two second places and six points overall. Just behind with bullet and a discarded ninth place are Chinese duo Shasha Chen and Haiyan Gao on eight points.

Jiaxin Li and Shaung Tian from China scored a 12th and two 15th place finishes in the first three races of the regatta, but managed to turn that around with a bullet in the final race of the day. They will hope that will trigger a good string of results for the rest of the week rather than a one off.

Spain's Onan Barreiros and Juan Curbelo Cabrera started well in Qingdao to take the lead in the 26-boat fleet.

The Spanish duo took the victory in Race #1 and backed it up with a fourth in the second and Curbelo Cabrera was pleased with the performance, "The start [in race one] was good, we found a good feeling with the boat. We went left on the first upwind and when we tacked we had a good shift. We were lucky because we arrived first at the first mark and we were able to just keep our distance.

"We are really happy with the boat as it's not ours. We have been working hard over the last few days on the boat and now it's just like our boat," he smiled with his hand on his charter boat.

Barreiros and Cabrera took bronze at the 2014 Qingdao edition and are pleased to be back at the venue for the second time with golden aims, "The culture is really different here," explained Curbelo Cabrera, "but the people are really good. We are very happy to be here because the organisation, the club, the marina and the installation are very good and we want to be here every year."

Whilst the Spaniards have their eye on winning gold, sailors from China, Hong Kong, India, Korea, Malaysia, Philippines, Singapore and Thailand are all aiming for the single Asian Men's 470 Rio 2016 spot that's up for grabs in Qingdao.

After two races, it's advantage China with Xiujian Huang and Yang Weng occupying second overall on nine points. Japan's Keiju Okada and Yugo Yoshida are a point behind in third, but qualified for Rio 2016 at the ISAF Worlds. Korea's Chang Ju Kim and Ji-Hoon are fourth, three points off the Chinese.

In the Women's 470, Ai Kondo Yoshida and Miho Yoshioka (JPN) grabbed top spot with a third and a second. Shasha Chen and Haiyan Gao (CHN) are second following a sixth and a bullet.

NEWS
The International Sailing Federation will be releasing international press releases after racing throughout the duration of ISAF Sailing World Cup Qingdao. All the latest news and reports will be available to read here - http://www.sailing.org/worldcup/news/index.php 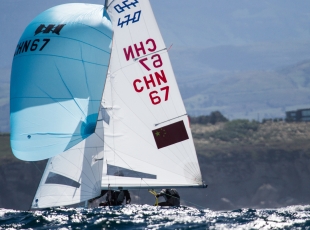 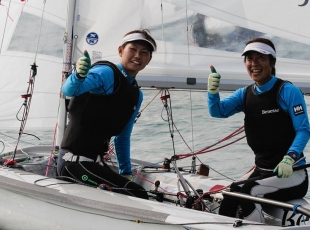 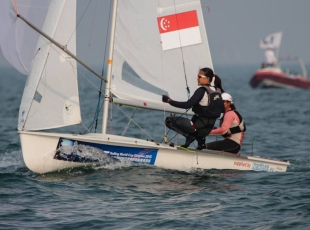 SINGAPORE AND CHINA SECURE THEIR PLACE IN THE OLYMPIC LINE-UP