The 470 Junior World Championships are open to all crews from all nations in good standing with the International 470 Class Association and for crews who shall not have attained her or his 22nd birthday before 31st December 2009 (i.e. born in 1988 or later.) 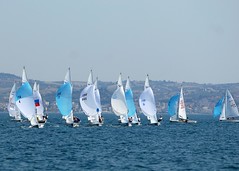