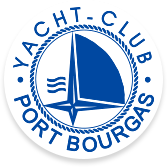 Submissions
In accordance with Article 7.4 of the 470 Constitution, the affiliated National 470 Class Associations and the Individual Members are entitled to put forward submissions for items to be included on the General Assembly Agenda. If you wish to do so, please can you use the Submission Form and email it to the Secretary General via e-mail (office@470.org) before 1400 hours UTC on Thursday 19 April 2018.

Affiliated National 470 Class Associations and Individual Members are requested to complete and return the Attendance Form, by email to the Secretary General via e-mail (office@470.org) before 1200 hours UTC on Wednesday 16 May 2018.