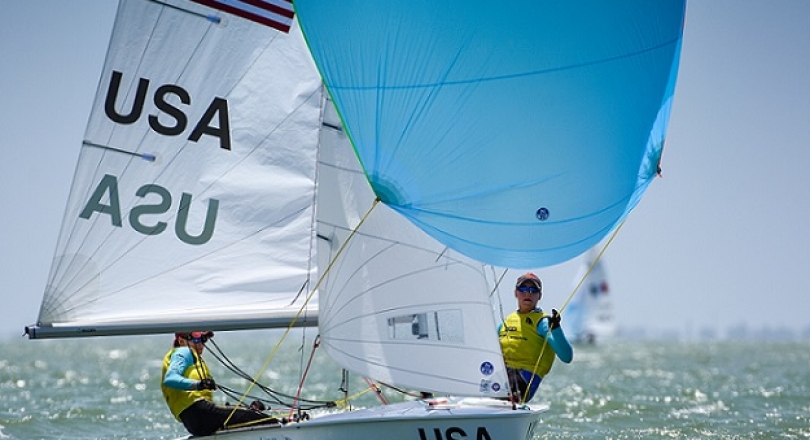 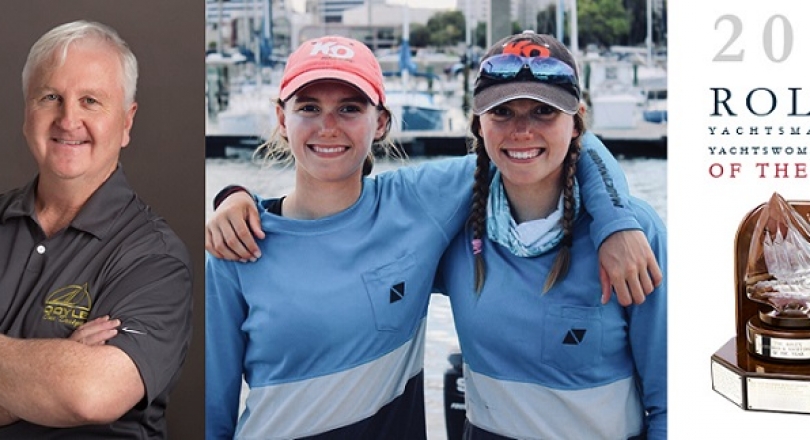 The Cowles have their sights set on another podium finish on the grandest stage as they are committed to campaigning for the Tokyo 2020 Olympic Games in the Women’s 470. They are also looking forward to racing on the college sailing circuit starting in the fall of 2020 for Yale University.

Over the past six decades, the sailing community has had the unique opportunity to discuss and analyze the fascinating contrasts between the winners of US Sailing’s Rolex Yachtsman and Yachtswoman of the Year. The 2018 award winners will once again offer us, as fans and stewards of the sport, the chance to reflect and appreciate their respective 2018 achievements, but perhaps more importantly, how they got to this special place in their careers and what the future holds.

J/70 World Champion, Jud Smith (Gloucester, Mass.), and Girl’s International 420 Youth Sailing World Champions, Carmen and Emma Cowles (Larchmont, N.Y.), were selected as Rolex Yachtsman and Yachtswomen of the Year for their remarkable sailing performances in 2018.
The selection follows the announcement in January of the three men and three women who were shortlisted for these prestigious awards and recognized as sailing’s top performers of the year by US Sailing.

The slate of finalists, nominated by members of US Sailing and determined by US Sailing, was presented to a panel of 28 accomplished sailing media professionals and past winners of the awards, who analyzed the merits of each finalist and individually voted to determine the ultimate winners using a weighted point system (1st place vote – 5 points; 2nd place vote – 3 points; 3rd place vote – 1 point).

Smith and the Cowles sisters will be honored on Thursday, February 28, 2019, at the Awards Ceremony hosted by the St. Francis Yacht Club in San Francisco, where they will be celebrated by family and friends, teammates and crew, past winners, 2018 finalists, sailing dignitaries, and representatives from US Sailing and Rolex. They will also be presented with specially-engraved Rolex timepieces and designed picture frames of the winners commemorating their outstanding 2018 accomplishments.

Carmen and Emma Cowles’ (Larchmont, N.Y.) selection as the year’s best in women’s sailing is symbolic to the progress and growth of the youth sailing movement sweeping across the United States over the past several years. The 18-year-old identical twins became the second youngest winners in the award’s long history.

For the second straight year, the Cowles captured a gold medal at the Youth Sailing World Championships, hosted by the Corpus Christi Yacht Club (Texas), in the Girl’s International 420 Doublehanded Dinghy event. They were dominant over the 21-boat fleet by placing first in seven of the nine races and winning by a 13-point margin over Great Britain’s Vita Heathcote and Emilia Boyle. They were instrumental in leading the 2018 U.S. Youth Worlds Team to the Nations Trophy, awarded to the best overall performing country at Youth Worlds. The U.S. Youth Worlds Sailing Team hauled in four gold medals and a silver.

“There were several key aspects that enabled our success including sticking to our routine, having a solid support system, and training partners,” said Carmen. “We built a plan for our training designed to peak at the time of the event, so we incorporated weekend training, training camps, and practice regattas.”

“A strong support system helped keep our nerves at bay and our training partners were crucial as they provided a constant source of good competition,” said Emma. “In an event where stress is inevitable, sticking to our routine is essential. We wake up early, check the forecasts, allowed ourselves enough time to thoroughly check over our boat, listen to music in the boat park before launching, and even stick to our on-the-water fuel of peanut butter and jelly sandwiches and Glacier Freeze Gatorade. With this, we can concentrate solely on the sailing and competition without being distracted by the differences in the venue. Our approach is that it just becomes another day on the water, or just another regatta.”