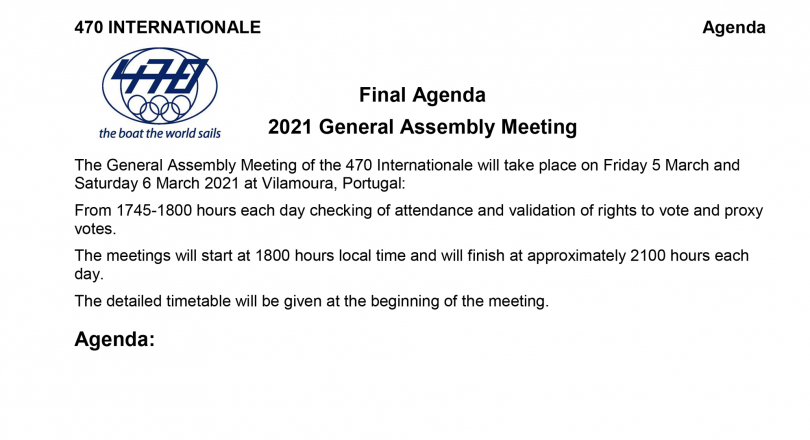 The 2021 General Assembly meeting concluded on Saturday March 6th in Vilamoura with the election of the new President, Andreas Kosmatopoulos from Greece and the remaining members of the new Management Committee.

On the technical side, the carbon mast change will not be implemented for 2024 but the project will continue for the 2028 Olympics instead. The class will initiate a series of tests of various RR42 modifications in the class rules, including a ban on upwind body pumping and variations on the wind speed limit for activating the Oscar flag, for a final decision to be taken by the end of 2021.

Finally, our Junior fleet will sail the 2021 events with the age limit raised by one year, because of the loss of the 2020 events. This change is not permanent and in 2022 the age limit will be the class normal.

The draft minutes will be posted soon on the class website. 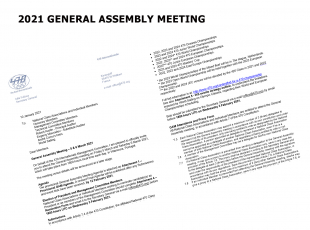 SAVE THE DATE - 2021 GENERAL ASSEMBLY MEETING