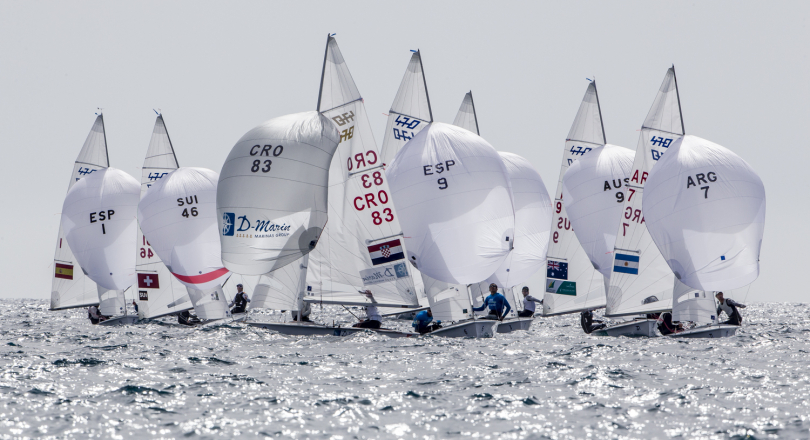 This is the latest update from the 470 Class Management Committee, following extensive discussions with our event organizers. We now have a more clear picture upon which to base our decisions. Thank you for your patience during these uncharted times.

The listed allocation of events and respective dates are final. However, please understand that the ultimate decider will be the evolution of the global situation before us.

1) The Junior Europeans will be hosted as an event in combination with the Junior Worlds. However, if the event in Gdynia is cancelled, the class reserves the option to award both junior titles from within the rankings of the senior Worlds and Open Europeans,

3) The Organising Authorities of both Gdynia and Arenal events, in coordination with the 470 Class, reserve the right to withdraw the World Championship titles if there are global travel restrictions unduly affecting fairness and the ability of competitors to attend. The deadlines for these decisions will be immediately after the July 15 (Junior Worlds) and August 1 (Worlds) travel update announcements. If the World Championship titles are withdrawn, the European Championship titles will remain valid for those events, provided that the European travel situation permits the regattas to happen safely.

4) Entry fees for those who wish to withdraw from these events will be reimbursed as announced already. Teams which have entered the European Championships but not the World Championships will be asked about their intentions. In total, one single fee will be valid for both events.

5) The updated Notice-of-Race for each event will be published as soon as possible.

The 470 Class has proposed to World Sailing to use the 2021 World Championships as the European Olympic Qualifier as we believe this is in the best interests of the class and competitors. To confirm, this is a World Sailing decision, not a 470 Class decision.

We have agreed with event organizers on the following changes to the schedule and venues:

1) The 2021 Junior Europeans, initially to be hosted in Weymouth, GBR, will move to Formia, ITA, as the original organizers withdrew their intention to run this event. Formia was the pending venue for the 2020 event which was also withdrawn due to the pandemic.

2) The 2021 Open Europeans will be one week after the SOF regatta in Hyeres, FRA. The event was initially to be hosted in Kiel during Kiel Week, but the move of the Olympic Games to July 2021 has forced us to move the regatta earlier.

3) The Junior Worlds and the Masters Cup remain as originally planned, dates to be decided.

Thank you for your patience,