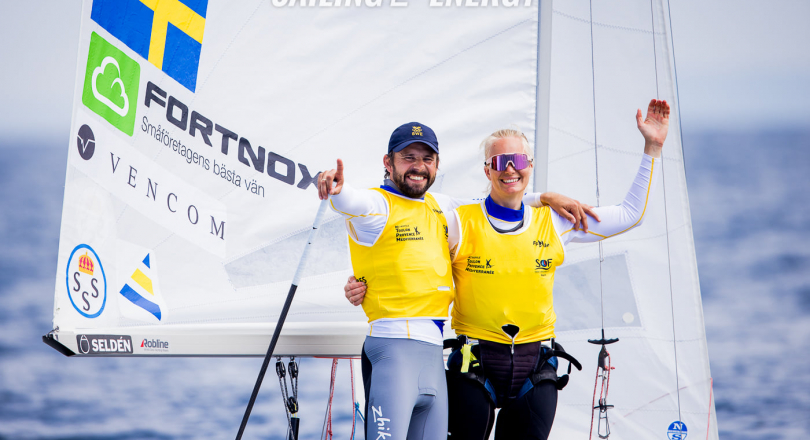 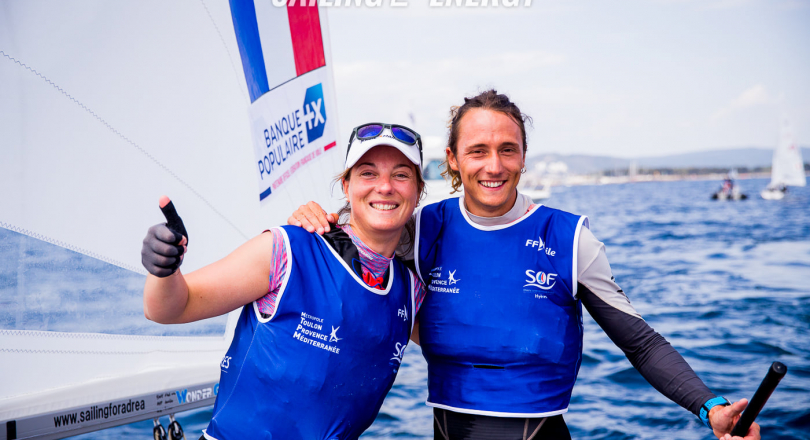 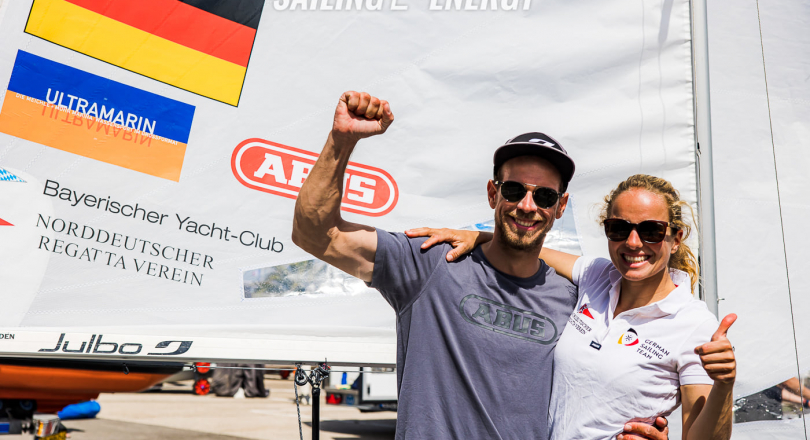 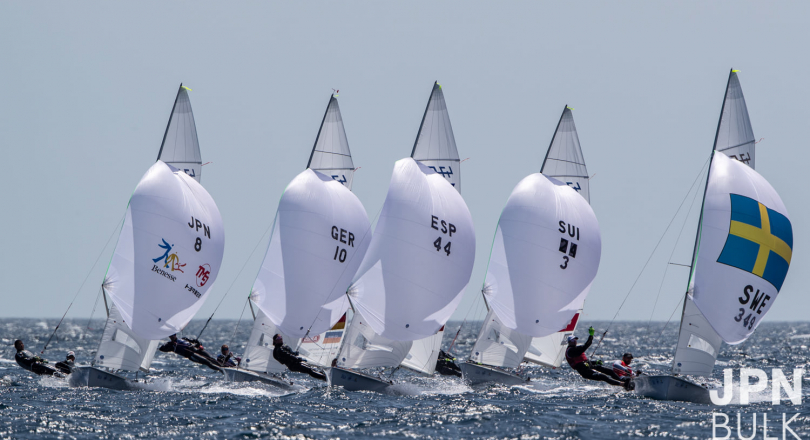 Anton DAHLBERG and Lovisa KARLSSON from Sweden held onto their lead and won gold in the 53rd French Olympic Week.

Second place and silver medal won by the French Hippolyte MACHETTI / Aloise RETORNAZ and Luise WANSER / Philipp AUTENRIETH from Germany went home with the bronze medal and the third place.

Congratulations to all teams !

Sweden’s Anton Dahlberg (silver in the Tokyo Olympics last year) and Lovisa Karlsson took gold in tense Medal Race. They had led France’s Hippolyte Machetti and Aloise Retornaz by three points and were at opposite ends of the 10-boat fleet after the first upwind leg. They reeled in the French but only passed them - with many boats complicating things around them - halfway through the last downwind and fought all the way to the line.

Austria’s Lara Vadlau and Lukas Mahr started in third, seven points behind the Swedes and trying to gain an edge were judged to have crossed the startline too early and were disqualified.  That allowed Germany’s Luise Wanser & Philipp Autenrieth, after a disastrous Friday, to just edge four other boats for bronze.

Anton Dahlberg & Lovisa Karlsson: “We feel great, it’s been our first event together and to come off in this way is superb.

“It’s been really tight racing all week long and even the Medal Race was super tight, so we’re really happy to start the campaign like this.

“Today was quite tight on the points, we knew we could be just behind the French and still beat them and then we had Austrians seven points behind as a bit of a joker. We started windward of them, we wanted to be a little bit in control of them, but being in control in light wind is never easy. We started in five knots but it was 2-3 occasionally.

“The French ended up in the lead at the top mark, and we were a bit further down in the fleet - second to last! And yes, we did get a little bit nervous then. But we both said in the boat on the first downwind that there is not much we can do now, we just need to wait, don’t try to make an opportunity, wait for it. And that opportunity came when closed on the bottom gate at then of that downwind. Everyone squeezed together and we kept cool.

“After the second upwind the French were third and we were fifth; still a little to do! But we felt we have a good opportunity and now we just need to make sure to have the possibility of gybe on them, so the game was simpler and we were building momentum. In the middle of the last downwind we passed them, but it was still tight and it came down to the line. And there were the Germans, the Spanish and the Japanese around too, so we had to focus.”