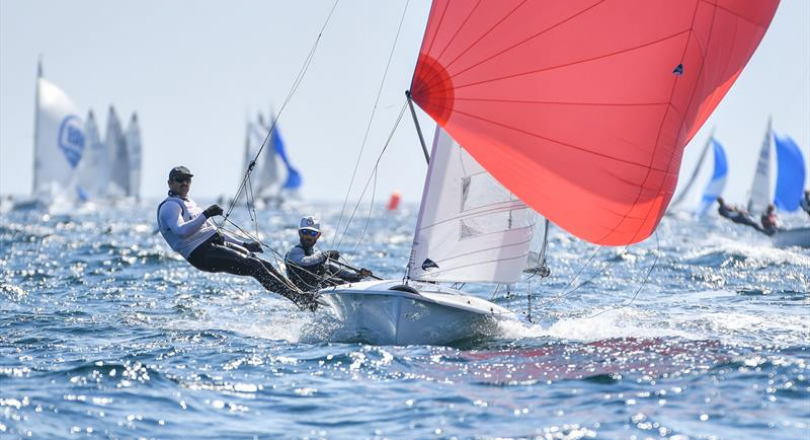 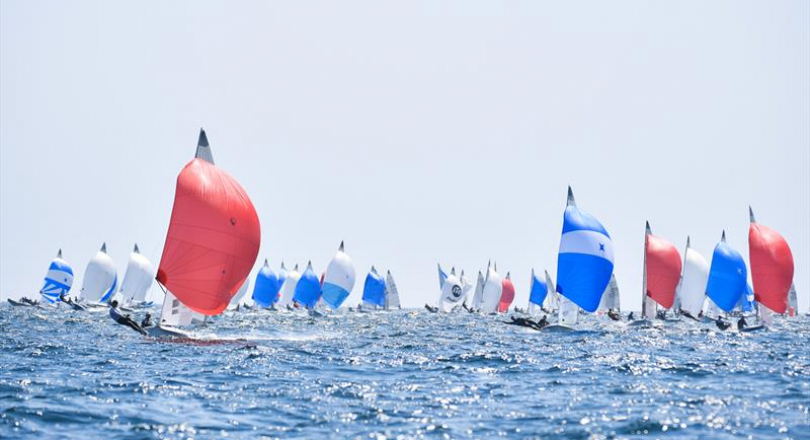 Stuart McNay, four-time Olympian and multiple US and World Champion in the 470 class together with Caleb Paine won the 2022 505 Worlds with a race to spare. Seventy-five teams were present in this year's World Championship that took place in Cork, Ireland.

Teams sailed out of the Royal Cork Yacht Club, the World's oldest yacht club, for the fourth time.

Three races were conducted the last day of the championship, allowing 7 races in total and bringing a drop into play.

The first race of the day (R5) looked like there could be some movement ahead for the leader board. McNay and Payne were 7th and Batchelor/Pascoe 3rd. The winners were Jan-Philipp Hofmann and Felix Brockerhoff in a tight battle with Roger Gilbert and Ben McGrane. Peter Nicholas and Luke Payne were part that trio, but on the last run they went furthest to the left when a little righty came down the centre of the course dropping them to 6th. The German pair of Hofmann and Brockerhoff looked like they could move up to third overall.

The second race of the day (R6) was a return to form for McNay/Payne, but Batchelor/Pascoe were a little deep. Nicholas/Payne were again near the front and this time would make no mistake finishing second. Former champions Mike Holt and Adam Lowry emerged from the forest they had been lost in all regatta to give us a flash of brilliance to pick up third.

And the final race (R7), well it was an exhibition really. McNay and Paine just sailed away from the fleet.

Next year the Worlds return to the US West Coast in Santa Cruz and given the size of the US fleet here in Cork, it should be a great success.

Results, race highlights and updates can be found on the event website.