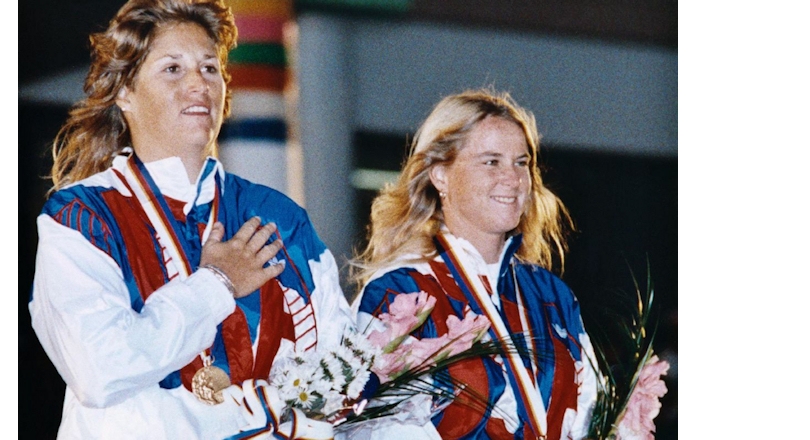 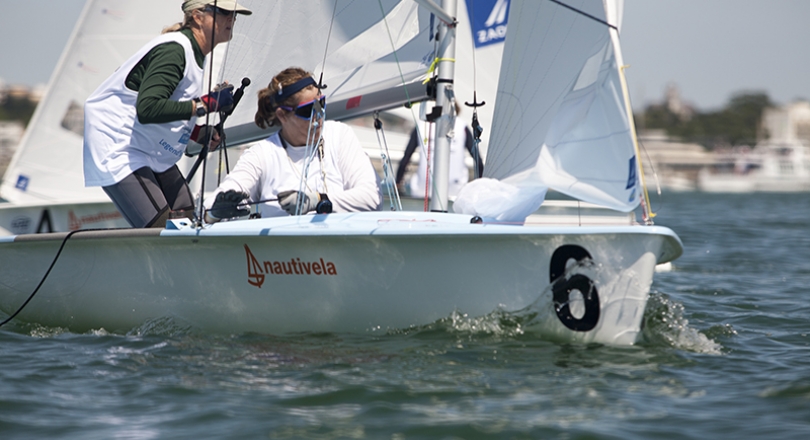 The sailing competition of the 1988 Olympic Games was the first time that a separate event was allocated exclusively for women.

The 470 class had been added to the Olympic Program in 1976 as a mixed event, but in 1988 it was split into a men's and women's event. In the inaugural women's 470 Olympic competition 21 nations would compete.

There are times in the run up to the Games when a crew will dominate a class and have so much of an advantage over their rivals, the Olympic gold is seen as a forgone conclusion. Going in to the 1988 Olympic Games it was the Swedish boat of Marit Söderström and Birgitta Bengtsson that was supposed to take home gold. No-one expected much of a competition, but then no-one had experienced women's sailing at the Games before.

Enter Allison Jolly and Lynne Jewell (USA); relative unknowns who had emerged unfancied - seemingly from nowhere - five months before the Games, going on to demonstrate blistering pace in all conditions. Jolly and Jewell came out of the blocks fighting. In the first four races they took two race wins, a second and a third. Even a disqualification in race five which dropped them down into second couldn't dampen their resolve as they came back to finish second in race six and re-take the lead from the Soviet crew of Iryna Chunykhovska and Larysa Moskalenko. This left the Americans only needing to finish 14th or higher in the final race to clinch the coveted gold medal.

Fourteen out of twenty-one for an on form crew reveling in the conditions, easy right? Wrong. Mid-way through a dramatic final race, disaster! As they flew off the top of a wave a jib wire snapped. Watching the jib fall in slow-motion Jolly was distraught; seeing the gold slipping through her fingertips. Her quick-thinking crew Jewell was not to be defeated that easily, repairing the jib with some spare nylon rope. The pair sailed on to ninth and into history as winners of the first gold medal in women's Olympic sailing. Söderström and Bengtsson would take silver and Chunykhovska and Moskalenko bronze.

The women had proved themselves as strong and resourceful as their male counterparts; never again would they settle for being part of a male crew.

Jolly and Jewell's historic win was not the only reason sailing grabbed the headlines in Seoul. The drama that unfolded in the Busan breeze would draw eyes from all over the world. Ahead of the Games competitors had been misinformed about the conditions. Expecting a light wind event, sailors were not prepared for what would turn out to be one of the windiest Olympic Sailing Competitions ever. One day of racing would be postponed due to too much wind and another would see racing in 30 knot breeze resulting in a lot of equipment damage and rescues for many sailors. It was with these extreme conditions as a backdrop that one of the most iconic moments of Olympic history would occur. Lawrence Lemieux (CAN), a Finn sailor poised to win a silver medal, abandoned his race and his medal hopes to save two injured competitors, Joseph Chan and Siew Shaw (SIN), in another race. Heroic Lemieux pulled the two men from the water into his Finn and waited for a patrol boat to take the stricken sailors back to shore before rejoining his race. Lemieux gave up his silver medal but was recognised by the International Olympic Committee (IOC) with something much more valuable, the Pierre de Coubertin medal, honoring his bravery and sacrifice.

After Jolly and Jewell's triumph and Lemieux's incredible act of sportsmanship you'd have been forgiven to think that sailing was done with the drama for one Olympiad, but Busan was not finished making heroes yet. In two incredible performances sailors, Windsurfer Jan D. Boersma (AHO) and Finn sailor Peter Holmberg (ISV), won their country's first and to date only Olympic medals in any sport.

#ThrowbackThursday
Every Thursday up until Rio 2016, World Sailing will be throwing it back to previous Olympic Games, looking back at the moments that shaped the sport to what it is today.