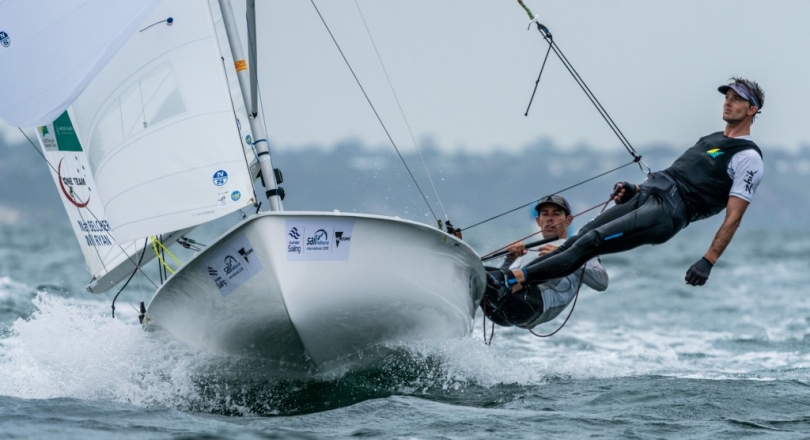 SAIL MELBOURNE INTERNATIONAL 2018 WRAPS UP WITH FULL DAY OF RACING

Racing at Sail Melbourne International 2018 wrapped up with a full final day of racing across all Olympic and Invited class fleets. After challenging race disruptions over the four-day event, caused by the current weather system sitting over Australia’s east coast, it was a welcome finish for the close to 400 competitors from all across Australia and from 18 countries.

This news belongs to
Sail Melbourne
ALL EVENT INFORMATION

One and half years out from the Tokyo 2020 Olympic Games Australian Sailing Team sailors presented themselves in strong form on home waters and took home the wins across most of the Olympic classes.

Australian Sailing Team’s Rio 2016 Olympic silver medallists Mat Belcher (QLD) and Will Ryan (QLD) continued their winning series on home waters and took home the win in the 470 class at Sail Melbourne. The pair won all but one race of the seven race series ahead of the two boats from Japan with Daichi Takayama and Kimihiko Imamura in second and Kazuto Doi and Naoya Kimura in third.

“The racing was pretty close and pretty tricky out there with some really big shifts and challenges for the race committee, but we had two first and one third and it’s been a great competition all week,” Belcher said.

And looking ahead he added, “It’s definitely getting closer to the games and the pressure starts to come in a bit more, the training increases and we are getting excited and are all looking towards Tokyo, but at the moment I’m just looking forward to spending a little of time with the family and having a nice Christmas.”

“It’s been great to have some of the international teams here in the men’s and few more in the girls’ as well and to have good numbers and hopefully we continue that for the future,” Will Ryan added about the international calibre of the fleet.

The 470 fleet was one of the most competitive fleets including sailors from seven countries and featuring Spanish 2018 World Championships bronze medallists Jordi Xammar Hernandez and Nicolás Rodrigues Garcí-Paz, who finished fifth, behind Germans Simon Diesch and Phillip Autenrieth in fourth.