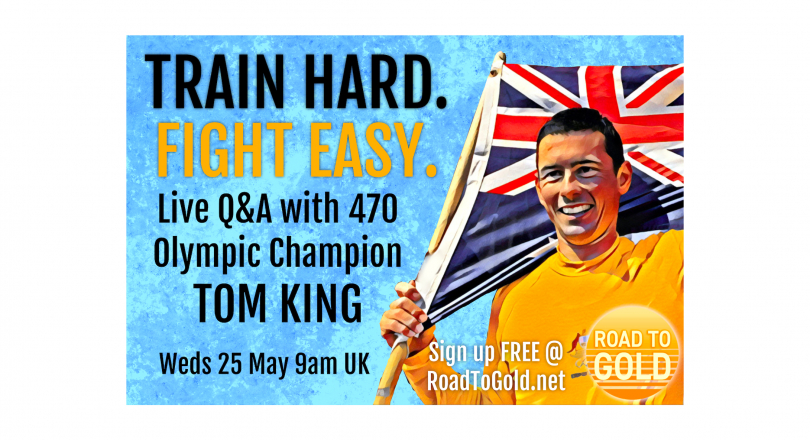 From 40th to Olympic Champion in 3 years!

In the mid-90s Tom King was a reasonable but not spectacular 470 helmsman. However, when Victor Kovalenko joined the Australian Sailing Team as the 470 coach, things started to change. With his crew Mark Turnbull, Tom’s world championship finishes progressed from 40th to 20th to 10th to 1st place.

After three years they had turned from journeymen to world beaters, even winning all three races on one particular day of the World Championship in 2000. They went on to win Olympic gold on Sydney Harbour later on the same year.

These days Tom is a high-flying lawyer, but the Road To Gold crew - Hamish Willcox and Andy Rice - will be transporting Tom back to his high-flying sailing career. Earlier this week we spoke to RS:X Olympic Champion Tom Ashley about his ‘Train Hard, Fight Easy’ techniques. On the next 60-minute Q&A we’ll continue the theme, digging into the ‘Train Hard, Fight Easy’ techniques that Victor has proven to be so successful not just with Tom and Mark, but with many other Olympic Champions from Ukraine and Australia.