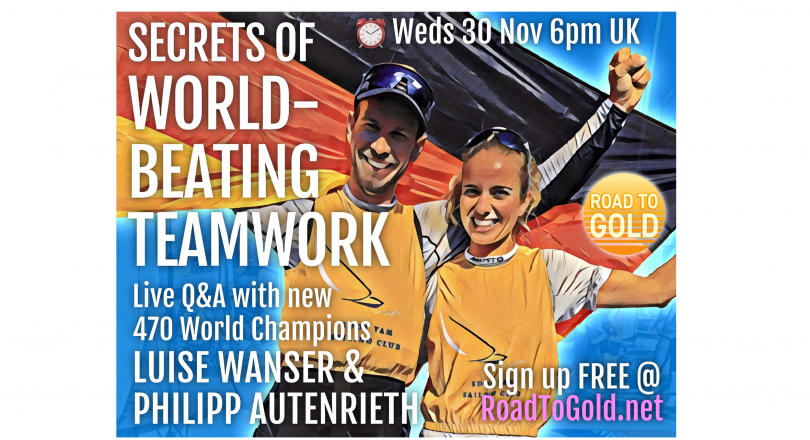 Luise Wanser & Philipp Autenrieth are very different personalities, but together they have combined to create a devastatingly powerful team in the mixed 470 class. A few weeks ago this German duo won gold with a race to spare at the 470 World Championships in Sdot Yam, Israel.

Road To Gold’s Andy Rice was there to watch the yellow bibs working their magic on the race course. Andy and fellow Road To Gold founder, Hamish Willcox, talked to Luise & Philipp about how they have formed such a strong team.

Of course Hamish was himself a three-time 470 World Champion with the late Dave Barnes, so understands what it takes to create world-class teamwork. Aside from the gold medal success, it was a very strong showing by the tight-knit German 470 squad who also scored 5th and 6th overall in Israel.

For more about the 12-step blueprint for a World Class Campaign: www.roadtogold.net