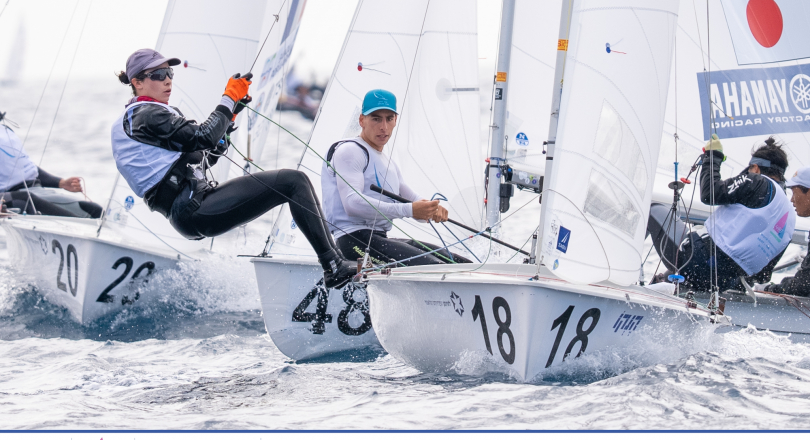 NEW DATES ANNOUNCED FOR THE 2023 470 CHAMPIONSHIPS

The International 470 Class Association is pleased to announce the dates of the 2023 championships!
NEW DATES FOR THE EUROPEAN CHAMPIONSHIP

The first major Championship of the 2023 season will be the European Championship, starting on 12 May in the waters off San Remo, Italy.

The beginning of July will be “busy” both for the junior 470 sailors and the 470 enthusiasts: the 2023 470 Junior Europeans will be held in Gdynia, Poland between 3-10 July while the Masters' 470 fleet will meet in the Baltic coast of Germany, competing for the 470 Master’s Cup in Warnemünde between 3-8 July.

The 470 World Championship will take place during the Sailing World Championship, organized by World Sailing for all the Olympic Classes together. The 2023 edition of this event will take the 470 fleet to the waters of Scheveningen in The Hague, The Netherlands, between 8-18 August.

Finally, the picturesque town of Nida, located on the Curonian Spit in Lithuania will welcome the junior fleet for the Junior World Championship in the end of August. Dates are set between August 27 – September 3.

The updated 470 Championship Organisation Plan can be found here:
http://www.470.org/default/events/content/id/470-championship-organisation-plan

The event microsites and registration for all events except from the World Championship will open in January 2023.