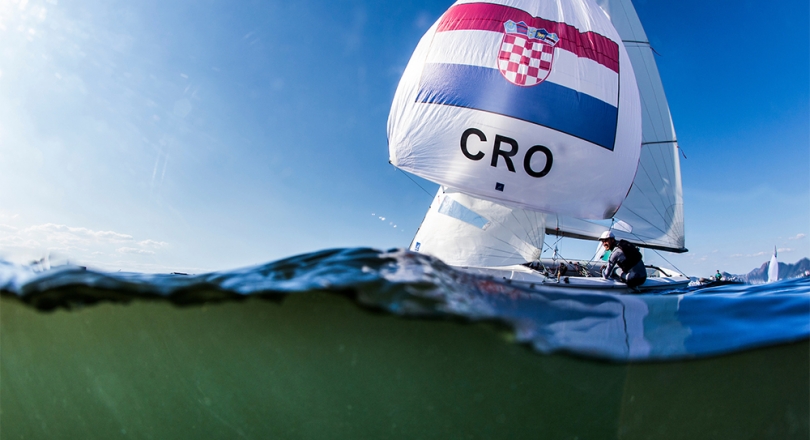 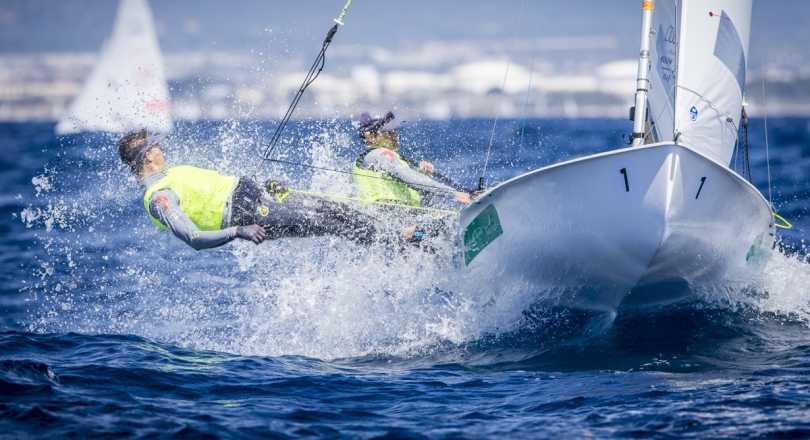 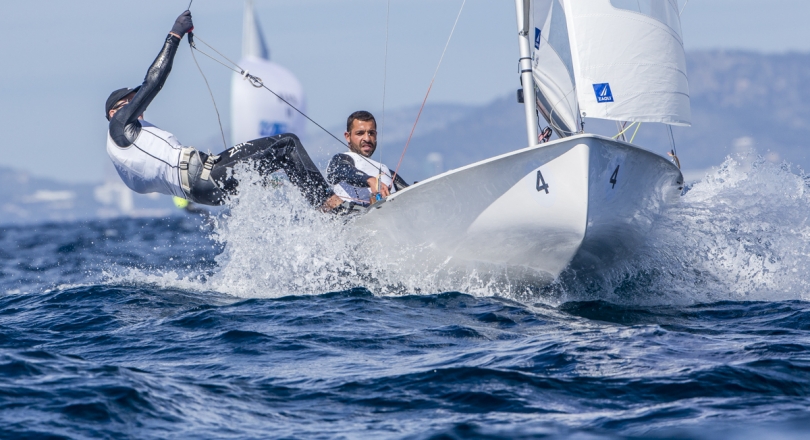 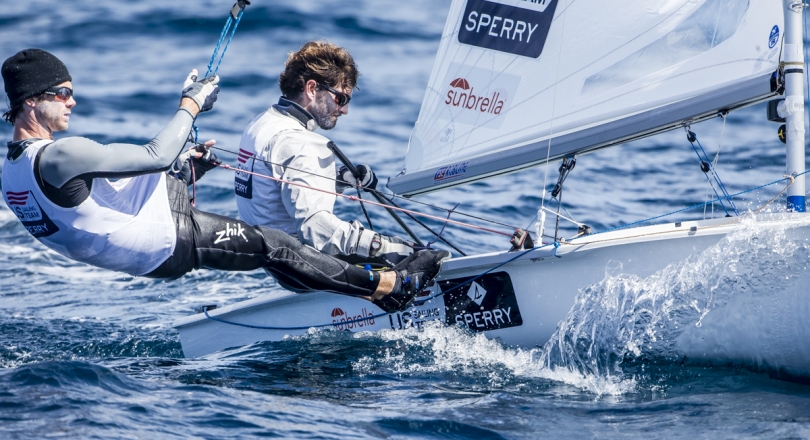 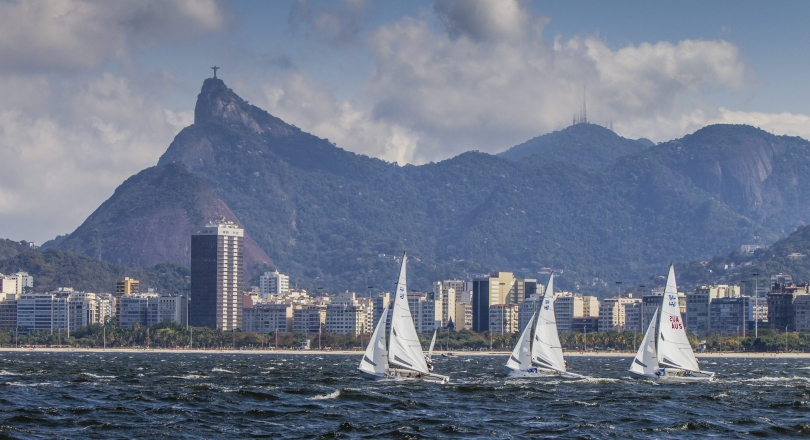 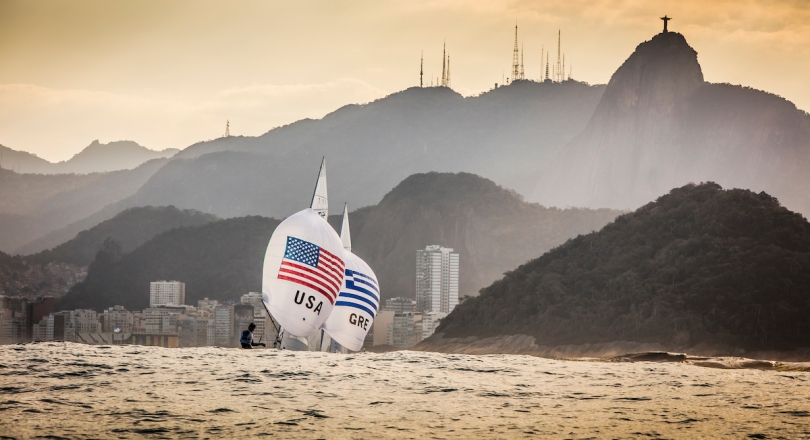 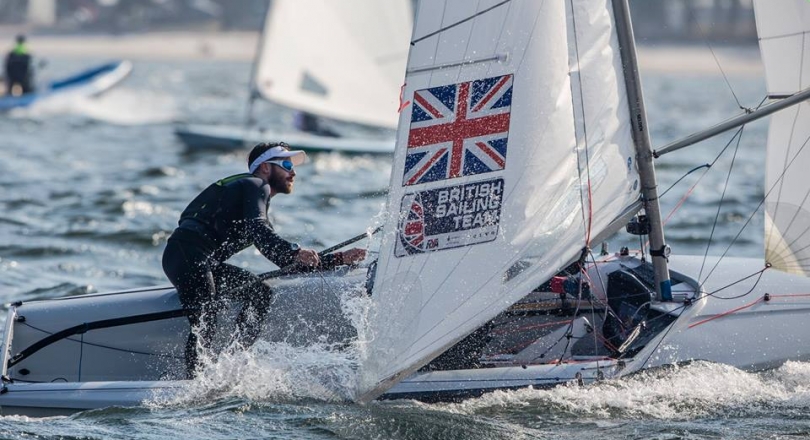 The Olympic Games is the grandest stage in all of sport. It's where heroes are born and careers are shaped. Win an Olympic gold medal and you can classify yourself as one of the world's best athletes.

One gold medallist returns in the 26-boat Men's 470 fleet at the Rio 2016 Olympic Sailing Competition with a number of Olympic, Worlds and Sailing World Cup medallists throughout. When racing starts at 13:00 on Wednesday 10 August on the Escola Naval racing area they will all have their eye on the golden prize.

Australia's Mat Belcher is back to defend the title he won with two-time Olympic gold medallist Malcolm Page at London 2012. Belcher teamed up with Will Ryan following Page's retirement from Olympic sailing after London 2012. The partnership continued Australia's long running dominance of the two-person dinghy as they amassed three world championship titles together in 2013, 2014 and 2015.

Throughout the Rio 2016 Olympic quadrennial Belcher and Ryan have won 21 of 34 graded regattas they've sailed in and finished on the podium in a further ten.

However, they came undone in 2016, finishing joint third at the World Championships as they watched Croatia's Sime Fantela and Igor Marenic claim their second world title. The Croatians are one of the form teams coming into Rio 2016, their third Olympic Games, and know they have what it takes to defeat the Australians.

"We are always fighting each other," said Fantela. "In Haifa, at the Worlds, it was pretty close fighting in the Medal Race. It shows us that we are on a good wave. We are working hard. The last few years they were the best and it's always good to beat them in an Olympic year so it's a confidence boost towards the Games.

"We are working hard, we have invested lots of energy and time and know we can win a medal and we are doing everything we can to achieve that goal."

Marenic added, "We will have to race one of our best regattas, as we did at the worlds or any other time that we've won. We are in a good way with equipment. The more we know the racing areas, that will help us."

The Croatians were viewed as contenders for London 2012 but faced an uphill task from day one, "The start was tough at London 2012," explained Fantela. "The Kiwis protested us and disqualified us in the very first race which was pretty tough so we started with a DSQ. Later on we sailed very well and we had a small chance of bronze as The Australians and British were at the front.

"We learnt a lot. It's a political game and nobody is your friend at the Olympics. We knew this before but we just learnt more about it and everyone does things they wouldn't do in a normal circuit.

"We've got to stay cautious, stay safe because it's a long series and stay calm and wait until the last day to make your move."

Argentina's Lucas Calabrese and Juan de la Fuente made a strong move on the final day of London 2012 to confirm bronze and they make a return to the Olympic field in Rio. The Argentineans have had a mixed campaign, missing out on major events through an injury to Calabrese throughout 2014 and 2015.

Fully charged, Calabrese is prepared for what's to come, "We are calm and focused on the work," he explained. "We don't see ourselves as favourites. What we want is to do things well, if we achieve that it's going to be fine. We took the bronze at London 2012 and we have had some good results during the quadrennial, but that doesn't count anymore now, the story has to be written now.

"We are happy with the performance and we feel calm, but these are the Olympics and everything can happen. The Australians and the USA team are the fiercest contenders, I think, but there are eight or ten teams with chances, among them Croatia, New Zealand, Sweden and Great Britain."