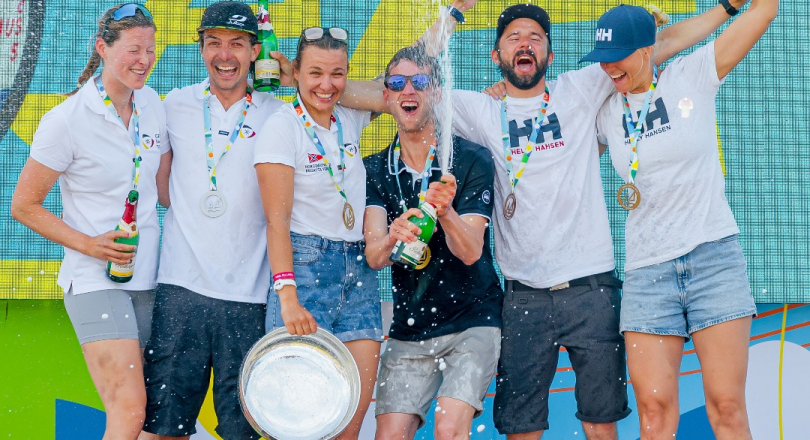 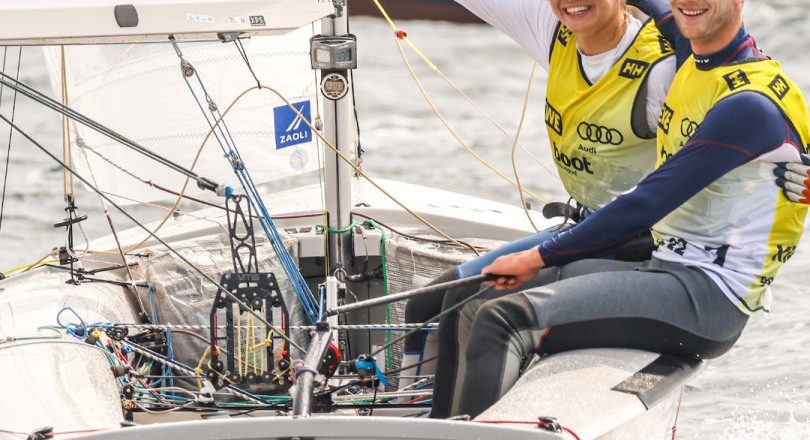 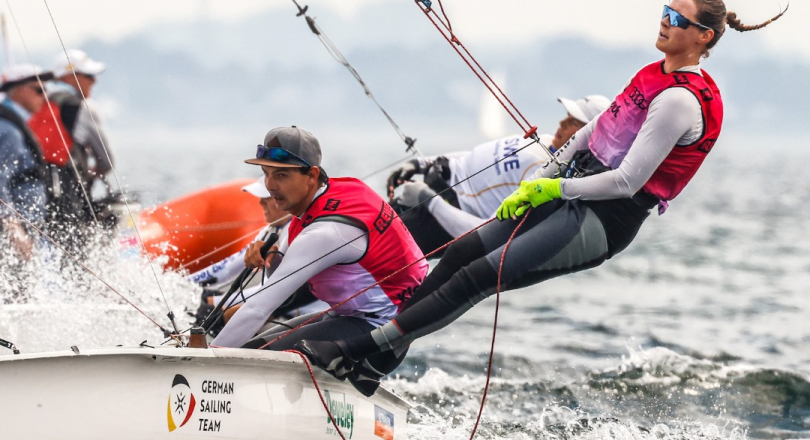 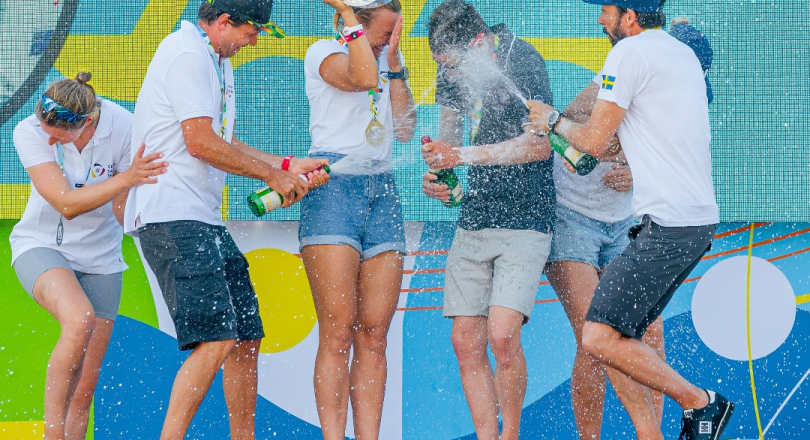 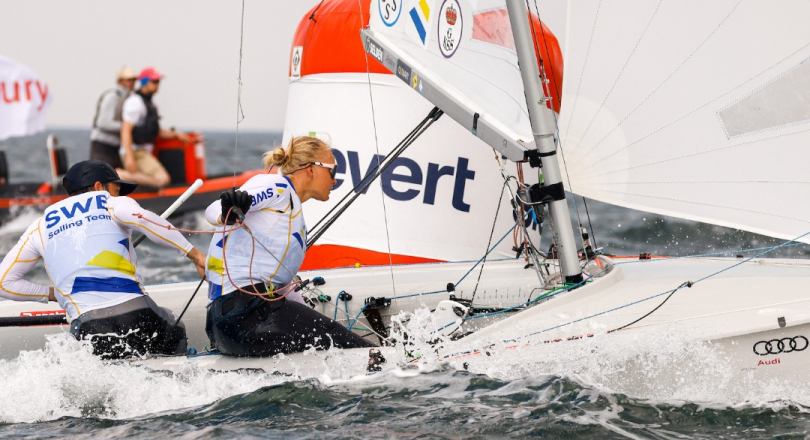 This news belongs to
2022 Kieler Woche
ALL EVENT INFORMATION

The Swedish World Champion of 2021, Anton Dahlberg, prevented a complete German podium success in the 470 with Lovisa Karlsson crewing. Since Luise Wanser/Philipp Autenrieth faltered at the end, the Swedes still moved up to third place. Malte and Anastasiya Winkel narrowly secured Kiel Week gold ahead of the increasingly strong Simon Diesch/Anna Markfort, who made their joint regatta debut at Kiel Week. "We lost track a bit in the Medal Race in the Match Race with Malte and Nastya. The fact that we ended up in fourth place, equal on points with third, hurts a bit. But we are super happy that we could come back to Kiel Week as a 470. I was last here in 2017," said Luise Wanser.

The winning couple could breathe a sigh of relief. "Half an hour before the start came the excitement, even though I was actually a bit relaxed due to the points gap beforehand. But then we did everything we had to do," said Anastasiya Winkel. Her husband added: "I am mega happy. I’ve never won Kiel Week, and at the Junior World Championships a few years ago I missed a medal on the last day."