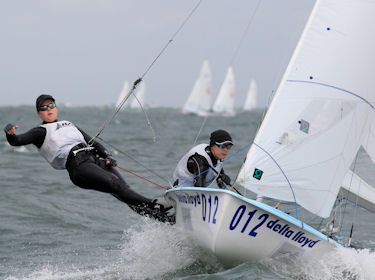 Congratulations to Jo Aleh and Olivia Powrie (NZL) who have been awarded a Yachting New Zealand Performance Award 2010. Significant achievement in the world of yachting by New Zealanders over the past year has been plentiful, so it was a tough job for the NZL Awards Judging Panel to select the Performance Awards recipients from a good number of quality nominations. 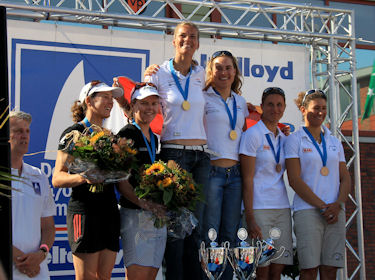 2010 has presented Jo and Olivia with many highlights from their racing. They have been in Europe most of the time since March, competing at many of the European events on the 2009-2010 ISAF Sailing World Cup circuit and a few others; the Trofeo Princess Sofia where they placed fifth, 470 Spring Cup – third, Semaine Olympique Franciase – sixth, and Skandia Sail for Gold – eighth. They finished fifth overall in the 2009-2010 ISAF Sailing World Cup Standings having secured points from four of the seven events.

Their best result was delivered at the 2010 470 World Championships in The Hague, Netherlands – a silver medal. The Medal Race saw the team sitting one point in the lead and ahead of eventual winners Lisa Westerhof and Lobke Berkhout (NED). While disappointed not to have won, Jo and Olivia were more than satisfied with second, given that their objective had been a top five finish in this World Championship. Jo reckoned the Dutch had got away from them on the first run.

"To get to this level in an Olympic class Worlds takes a huge amount of time and effort, and these two have worked really hard," commented Jez Fanstone, Yachting New Zealand's Olympic Programme Director on their World Championship success. 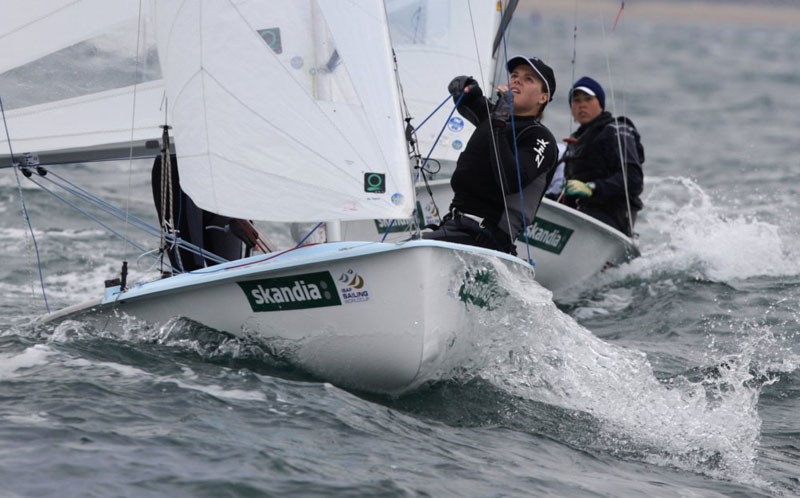 In May 2010 they secured a personal best on the ISAF Sailing World Rankings at #6, up from #71 in June 2009. With the latest ISAF Rankings being released on 15 December 2010, expect a further climb upwards.

Images: Top and left - in action at the 2010 Worlds © Thom Touw. Right - at Skandia Sail for Gold © onedition