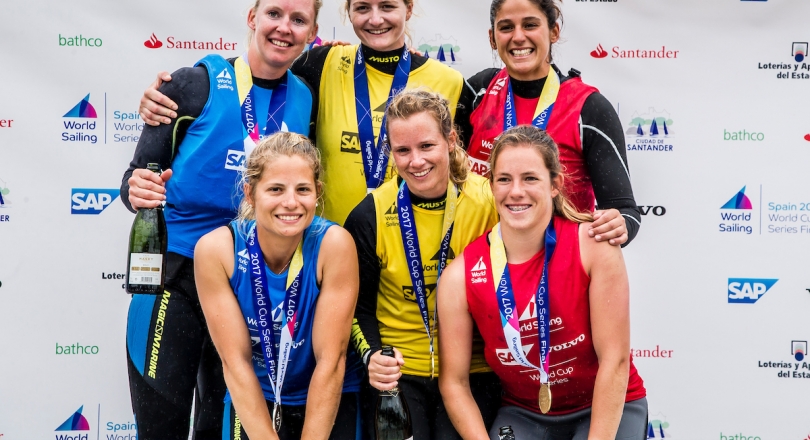 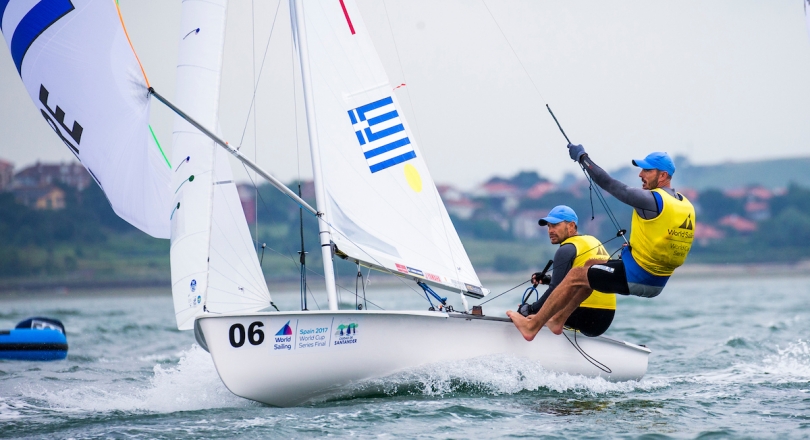 After a beautiful, sun-baked, windy week of racing in Santander, the final day on Sunday 11 June saw a light, 6-8 knot, north westerly breeze under grey skies. Although the air temperature was cool, the competitive sailing was hot and five close Medal Races, entwined with gripping and tense narratives, played out on Santander Bay.

Panagiotis Mantis and Pavlos Kagialis (GRE) lived up to their billing as one of the pre-regatta favourites in the Men's Two Person Dinghy, 470.

The Greek racers had David Bargehr and Lukas Mahr (AUT), Stu McNay and Dave Hughes (USA) as well as Italy's Giacomo Ferrari and Giulio Calabro close for company all week. They sailed their way to a seventh in the Medal Race to clinch gold, "It was a tough race with many position changes. We tried to stay close to the American and the Austrian. We achieved that. We got nervous at the beginning but we managed to keep up with them.”


Rio 2016 Olympic champion Hannah Mills, sailing with Eilidh McIntyre (GBR) came back into the Women's 470 with a bang, claiming a dominant gold.

Mills and McIntyre had just three days sailing together before the World Cup Final and found their groove quickly, winning five of the weeks 11 races. They finished 19 points clear of Afrodite Zegers and Anneloes van Veen (NED) whose unbeaten run in 2017 ended.

"We knew exactly what we had to do out there today,” commented McIntyre. "We had a 13-point gap, we couldn't lose. So, for us it was all about controlling the Dutch.”

Mills added, "It was pretty tricky, gusty and shifty so we are glad we pulled that off.”

The Dutch team held on to silver and Spain's Silvia Mas and Patricia Cantero completed the podium.


The 2017 World Cup Series has now drawn to a close, and 470 sailors' focus will now shift to the 470 World Championships.

Tracking
Live tracking and competitor's analytics will be available via SAP Sailing Analytics throughout the event here - https://swc2017-santander.sapsailing.com/

Photography
High resolution imagery free for editorial usage is provided throughout the World Cup Final by Sailing Energy. Imagery is available to download via -http://worldsailing.photoshelter.com/gallery-collection/WCS-Final-Santander/C0000vHRWmwUxloA. The password to download is WSimages

Press Releases
World Sailing will be releasing international press releases after racing throughout the duration of World Cup Series Final Santander. All the latest news and reports will be available to read here - http://www.sailing.org/worldcup/news/index.php

Television
Racing and action shots plus interviews in English and native language will be available throughout World Cup Series Final.

Medal Races on Saturday 10 and Sunday 11 June will be streamed live on World Sailing's Facebook and YouTube Channel. 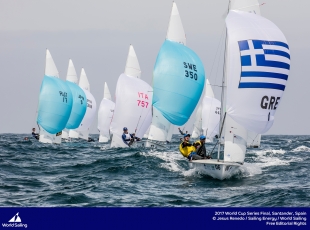 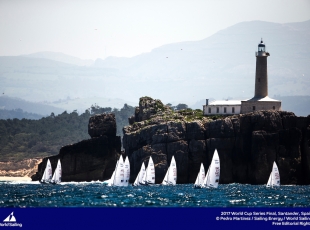 CAPITALIZE OR CATCH UP ON DAY 2 IN SANTANDER 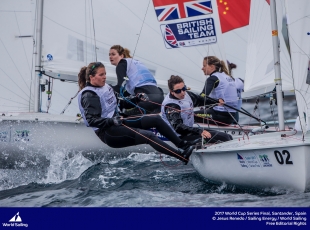