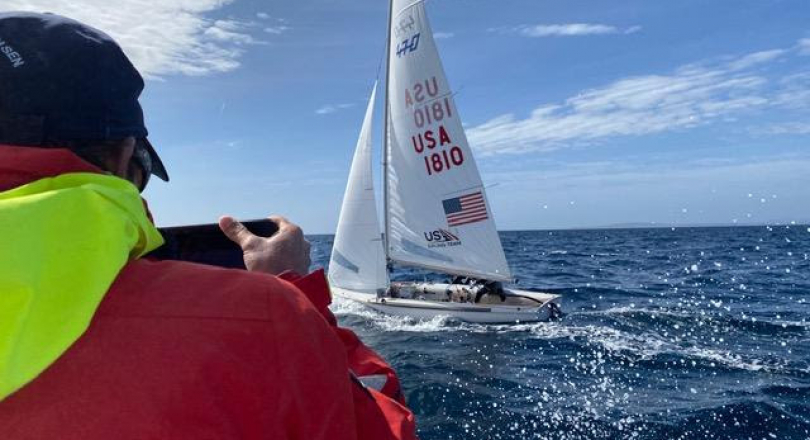 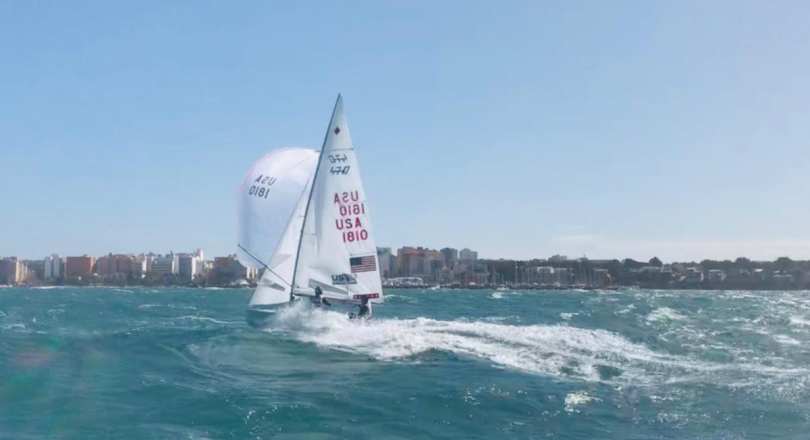 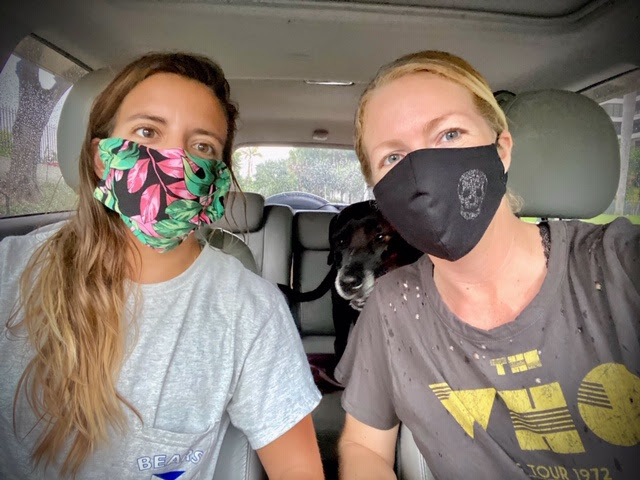 Miami, FL (June 30, 2020). They named their 2020 Summer Olympic bid Perfect Vision Sailing as a play on 20/20 as the measure of ideal eyesight. While they aren’t changing the campaign’s name, the U.S. Coast Guard’s LTJG Nikole Barnes’ and Lara Dallman-Weiss’ are now focused on the 2021 Summer Olympics. This official announcement comes as helmsman Barnes, 2017 graduate of the U.S. Coast Guard Academy who is currently stationed at U.S. Coast Guard Sector Miami, received an extension to a previously granted two-year support billet from the maritime service to qualify and compete in the world’s leading sporting event. What’s more, crew Dallman-Weiss and Olympic coach, Robby Bisi, have also both secured the additional time and confirmed their dedication to qualifying as the Women’s 470 team to represent the USA at the 2020 Games. 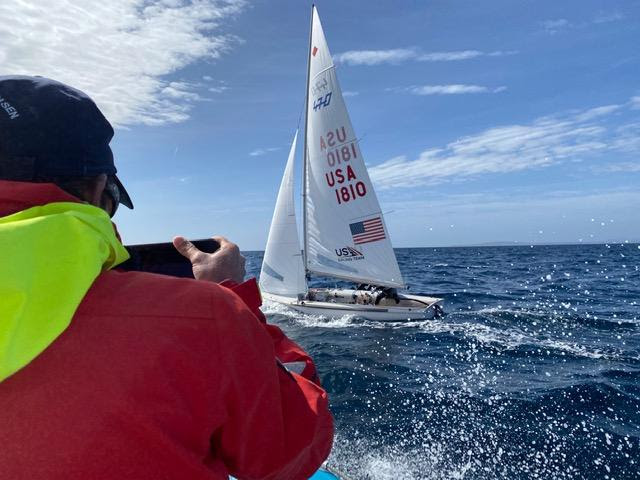 “From the beginning, my command has supported me and they did not waiver when we were confronted with the challenge of the Olympics being postponed for a year. During the past two months that we have been away from on-the-water training, I have been working at my home unit Sector Miami on qualifications, standing COVID-19 watches, and working with my command to request an extension of my training billet. This is a huge risk where the consequences are that I could be passed over for promotion over the next year. With the support of my command and the hard work that I put in during this period, the U.S. Coast Guard has allowed me to extend my training until next summer so that I can compete with my team to qualify for Team USA, compete at the Olympics and stand on the highest part of the podium at the 2021 Summer Olympic Games. I can't thank the U.S. Coast Guard enough for their faith, guidance and support of myself, my athletic endeavors and my professional career,” says Barnes, who earned a Bronze Medal in the 420 at the 2011 ISAF Youth Championships and in 2016 was named Quantum Sailor of the Year while a cadet at the U.S. Coast Guard Academy. 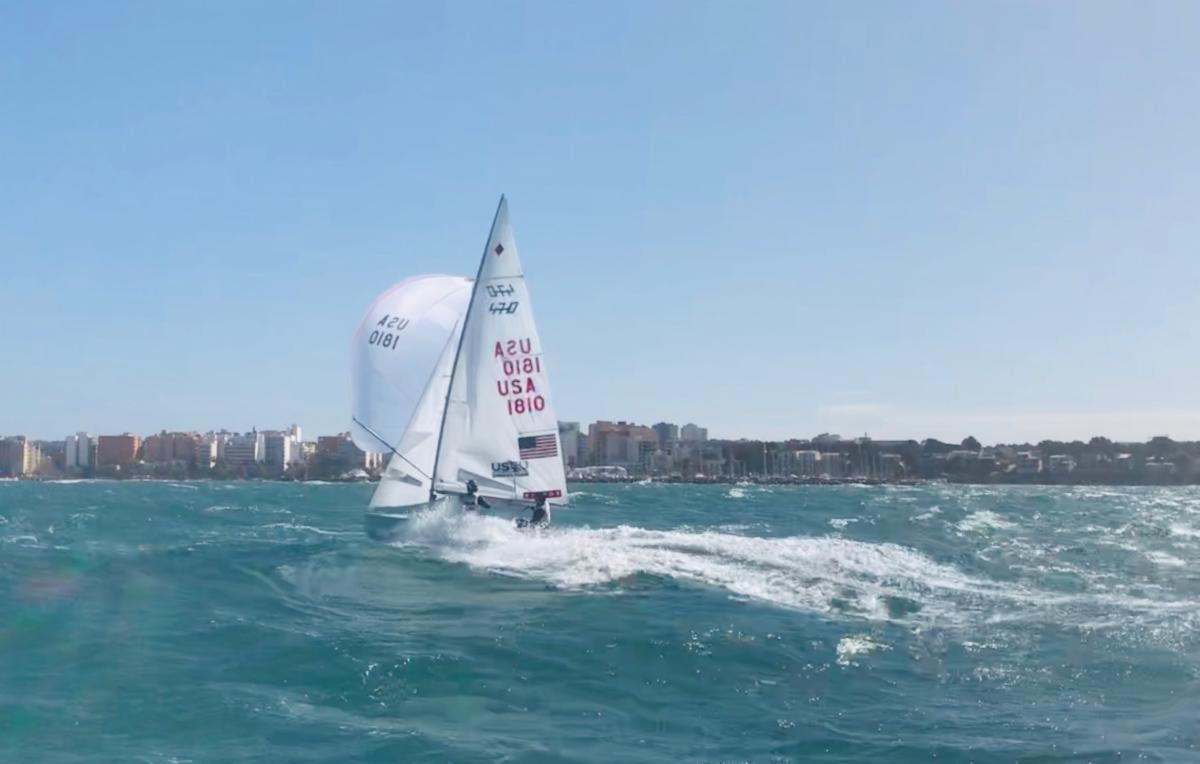 Barnes and Dallman-Weiss traveled to Palma de Mallorca, Spain, in February, to practice, partake in a training regatta and ultimately compete in their final Olympic qualifier: the 2020 470 World Championships. They were able to tick the boxes on the first two of these, the second being the MSC Regatta held February 21-23, as a warmup for the Worlds. This regatta was run with the same race committee, PRO (Principal Race Officer), and on the same racecourse on which the Worlds would have been run. This three-day regatta offered a range of conditions in which the duo was able to test their skills. On the first day, they started in 18th place. The second day, they moved up to 14th place and by the third and final day they finished in 8th place, tied in points with 6th and 7th place teams. Barnes and Dallman-Weiss, with Bisi as coach, competed against 23 boats (including the 2016 Women’s 470 Gold Medalists), representing 14 nations and raced a total of 8 races.

Three days before the start of the 2020 World Championships and with only three points separating the three U.S. teams, including Barnes and Dallman-Weiss, vying for the one U.S. Olympic slot in the Women’s 470, everything stopped. The Worlds were officially postponed due to the COVID-19 pandemic, Spain soon closed its borders, and Barnes, Dallman-Weiss and Bisi returned to Miami, FL. Quarantined at home for 14 days, the sailors strategically participated in webinars, group calls, and physical training sessions, as well as networked with sponsors and supporters to plan the course forward. Barnes also, once out of quarantine, began working with the Sector Miami Incident Management Team on the COVID-19 response as well as continued U.S. Coast Guard qualifications. 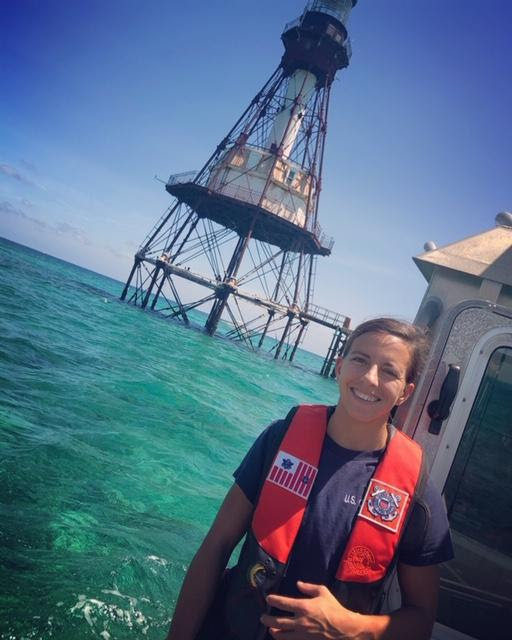 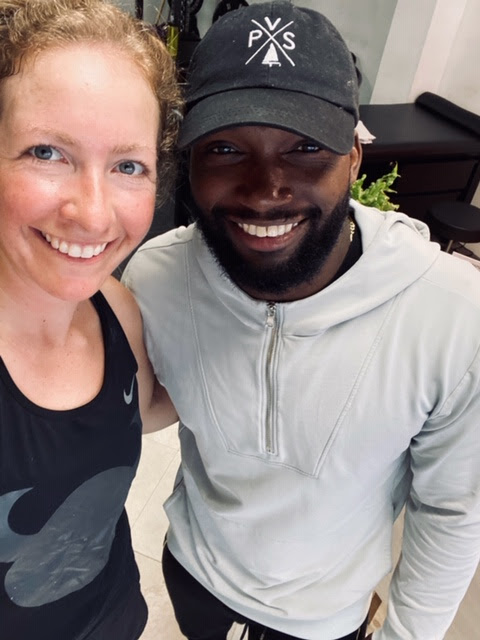 
I think it’s important to point out that we took this period to step back and sort through what we had just done and the best path for our team moving forward. In a crisis, like this pandemic, there can either be a danger or an opportunity to change, and our team took the later to grow in many ways. The first was fitness, we both reflected on our physical weaknesses during longer regattas and training camps. To this end, I worked with Frankie Telfort at Old Bull Athletics to build shoulder strength and mobility and Nikki focused on her endurance by running because we have two very different jobs onboard. Secondly, we tackled the mental and emotional side of our sailing. Finally, even though we weren’t together physically, Nikki, Robby and I have kept a constant stream of communication with weekly goals and to make sure we all stay on the same page and ready to start training again,” says Dallman-Weiss, three-time skipper and crew of the year at Eckerd College, U.S. Sailing Development Team member in the 470 class in 2013, and North American champion in the Farr 40 class.

The 2020 Summer Olympic Games have been officially postponed to July 22-August 9, 2021, with sailing scheduled for July 26-August 6, in Enoshima, Japan. As of May 23, the International 470 Class has tentatively rescheduled the 2020 World Championship for October 2-10, hosted in Palma de Mallorca, Spain.

“We plan to sail domestically in our home waters off Miami. At the end of June, the 470 class will make a final decision on whether the European events will continue as planned in the fall or if they will be pushed to next year. Our European championship is set for September in France and our World Championship is set for October. In the meantime, we will continue our physical fitness training and hope to get on the water soon,” says Barnes.

There continue to be unknowns. However, Barnes, Dallman-Weiss, and Bisi are continually adapting to the ever-changing situations following in the U.S. Coast Guard’s motto of Semper Paratus or ‘always ready’!

“LTJG Barnes is an elite athlete and a dedicated Coast Guard officer. When the global spread of COVID-19 postponed the 2020 Tokyo games and halted on-the-water training opportunities, LTJG Barnes immediately devoted her time to fully support Sector Miami’s COVID-19 response. Her efforts saved lives. We fully support LTJG Barnes’ campaign to earn gold and we are proud to have her as a member of the Sector Miami crew,” says Captain Jo-Ann F. Burdian, Commander Coast Guard Sector Miami, FL. 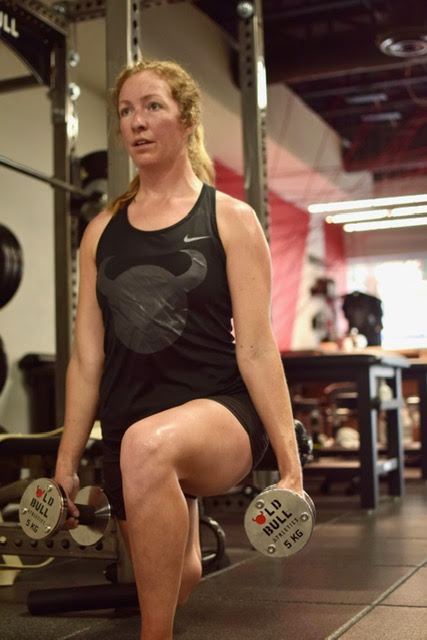 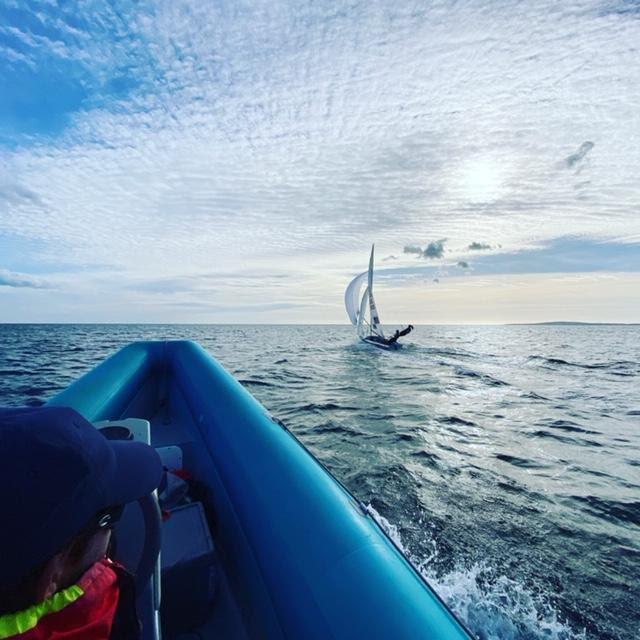