Top Scorecards for British in Miami 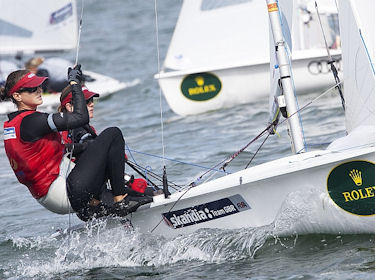 Day 4 of racing at US SAILING's Rolex Miami OCR on Biscayne Bay was challenged with light air, delivering only one race in the 470 Men's fleet and no racing for the 470 Women.

Tension is mounting as the competitors in the 470 Men and 470 Women have one day of racing for the qualifying series left on Friday, to determine the top 10 who will make it through to the final Medal race on Saturday 29 January. 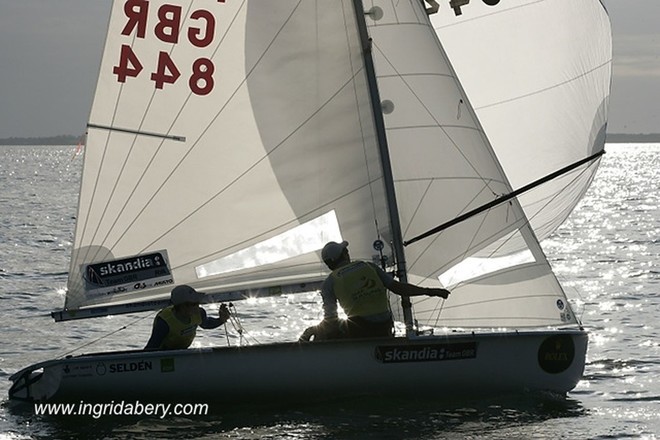 The top three competitors in the 470 men all posted their worst results of the series so far, clearly not enjoying the light air of race 6. But, despite posting their worst score, an eighth, Great Britain' s Luke Patience and Stuart Bithell continue to dominate at the front of the pack in first overall. Just four points separates them from second placed team mates Nic Asher and Elliot Willis (GBR) who finished tenth in race 6. And rounding out the top three are the Aussie golden boys – reigning 470 World Champions and 2009-2010 ISAF Sailing World cup Winners Mat Belcher and Malcolm Page.

The top two British boats, Patience/Bithell and Ahser/Willis have delivered very tidy scorecards – all top ten results – which  today helped them to achieve a significant margin over the rest of the pack. Unless something now goes disastrously wrong for the British teams over the final day of qualifying on Friday and Saturday's Medal Race it won't be surprising to find them both collecting podium places – but which colour medal each team secures is still wide open. 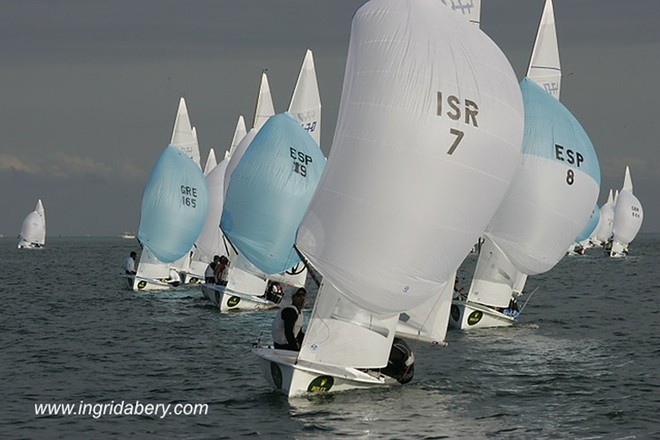 The biggest gain up the leaderboard went to race 6 winners Gideon Kliger and Eran Sela from Israel, who now are up in contention for a podium place. After a shaky opening race of the series on Monday, the pair have got their heads focused and put in a steadily improving performance to break into the top 10 afer day 3 and now up into fifth overall. They need to play it safe as another finish outside of the top 10 will drop them right back down.

A similar delivery from Spain's Onan Barreiros and Aaron Sarmiento who raced a superb race to finish second in race 6 and move up to seventh overall.

With the 470 women’s class not racing on Thursday, the overall leaderboard remains the same with Ingrid Petijean and Nadege Douroux (FRA) in pole position, Penny Clark and Katrina Hughes (GBR) in second overall and in third Camille Lecointre and Mathilde Geron (FRA).

Clark/Hughes are the only team in the leading ten boats to count a series scorecard of only top ten results, which gives them every opportunity to snap at the stern of the series leaders Petitjean/Douroux (FRA). The French cannot afford to make a mistake and finish outside the top ten in another race, as otherwise it is more than likely the British will take the lead.