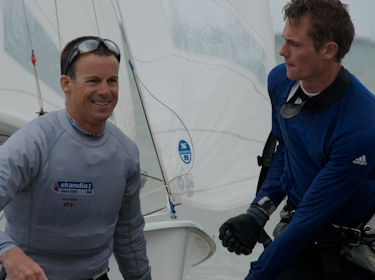 Sunshine and strong winds were the order of the day for the final day of racing at the 2011 New Zealand 470 National Championships in Takapuna and proved irresistible for Nick Rogers and Chris Grube of Great Britain who took the regatta with an impressive scoreline of all top three finishes, bar a sixth in the opening race of the series. 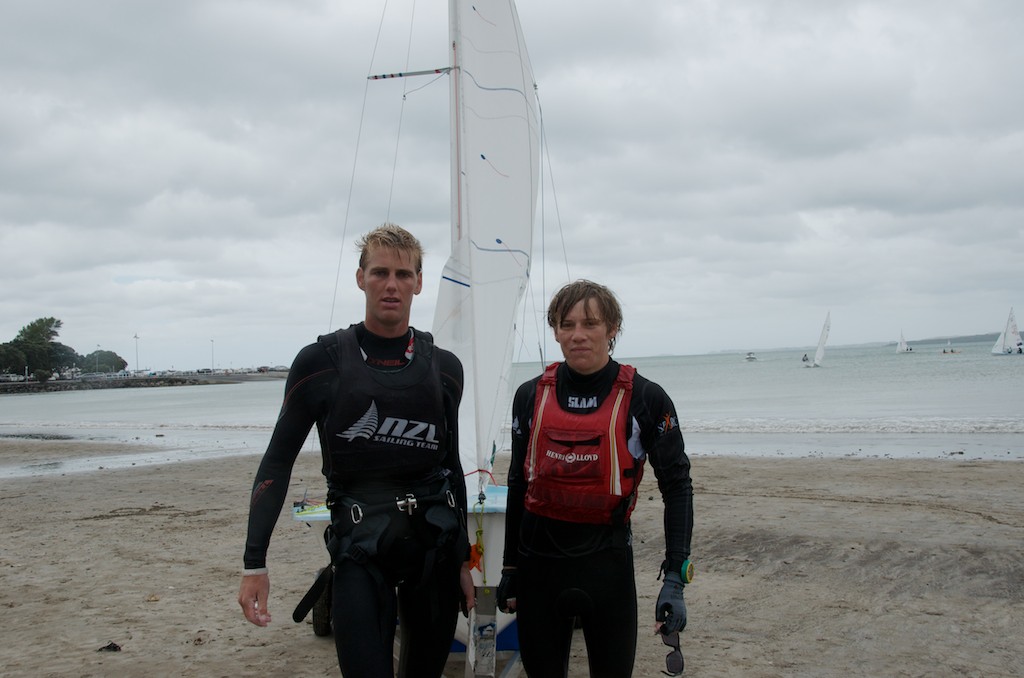 's Race Officer commented in the clubrooms after racing that gusts of 35 knots were registered and the average wind speed during racing was 23 knots. "Gnarly conditions" and "insane" were the comments from a sailor ashore with gear damage, he also added that the very short steep chop made sailing very difficult downwind.

Nick Rogers was thought to have retired from Olympic campaigning last year, but clearly the lure of 470 sailing and the Olympic campaign has proved too much of a temptation and Rogers is back and sailing with new crew Chris Grube. The pair delivered four bullets in the nine-race series and took control of the competition to deliver a consistent performance.

Second overall, and first New Zealand sailors, were Paul Snow-Hansen and Jason Saunders who loosened the grip Geoff Woolley has had on the National title for the last few years years. But Woolley was not to 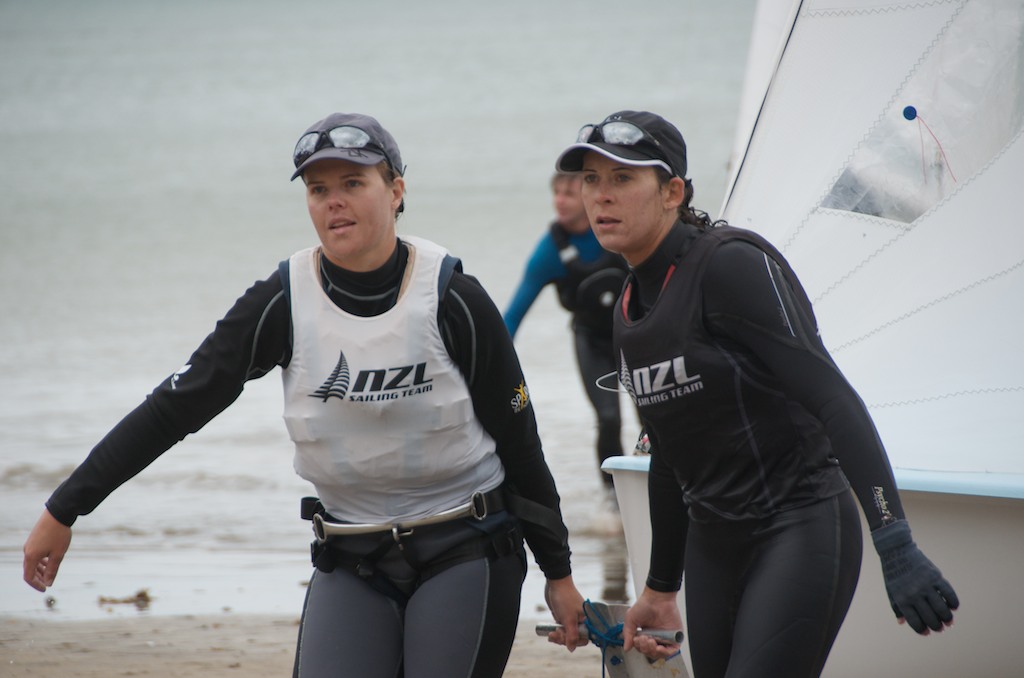 tally out of the picture by any means and finished third overall with crew Dan Willcox.

The first women's team and fourth overall, were Jo Aleh and Olivia Powrie. The pair are ranked #11 in the world and the top New Zealand women's 470 team.

At 20 years of age, Snow-Hansen and Saunders were awarded the Junior NZ Champion's Cup.

A number of crews were challenged in the breeze, including Aleh and Powrie who capsized during a race, the spinnaker pole went flying and after swimming to retrieve it the crew had trouble righting the boat single handedly and needed outside assistance which forced them to withdraw from the race. Alexandra Maloney and Bianca Barbarich-Bacher (NZL) who finished eleventh overall also lost their only pole during a capsize. 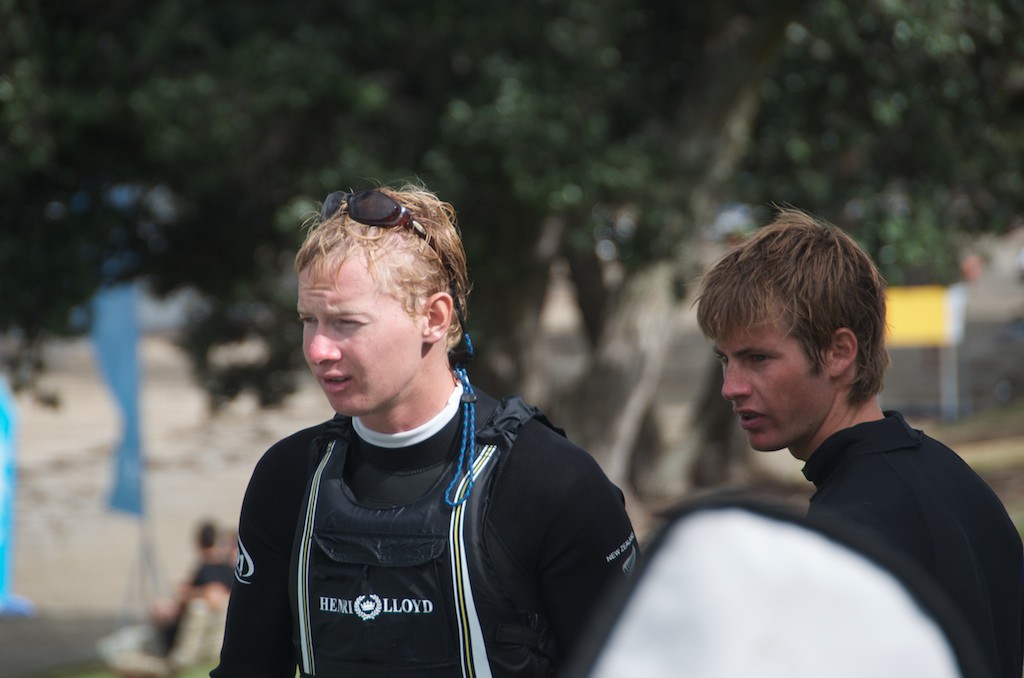 Nick Rogers and Chris Grube came ashore at the end of the day smiling. However they and almost every red-eyed sailor made comments like "wasted", "absolutely exhausted" and "*!!)*(&^" but also "awesome to get a full regattas worth in just two days" and how hard it was on their bodies sailing that many high wind races over a short period. Rogers and Grube will remain in New Zealand to take part in Sail Auckland, as will the group of young Australian sailors from Sydney.

Another feature of the fleet were a number of young crews who are looking towards the 2012 470 Junior World Championships being hosted by Takapuna Boating Club in January/February 2012. Luke Stevenson and Sam Bullock (NZL) placed top out of the crews who will be under 22 years of age to be eligible for the Championship. James Turner and Mathew Jones (NZL) are also working towards the event and both crews are aware of reaping the benefits of sailing against and training with a strong group of Olympic 470 Class sailors in New Zealand.