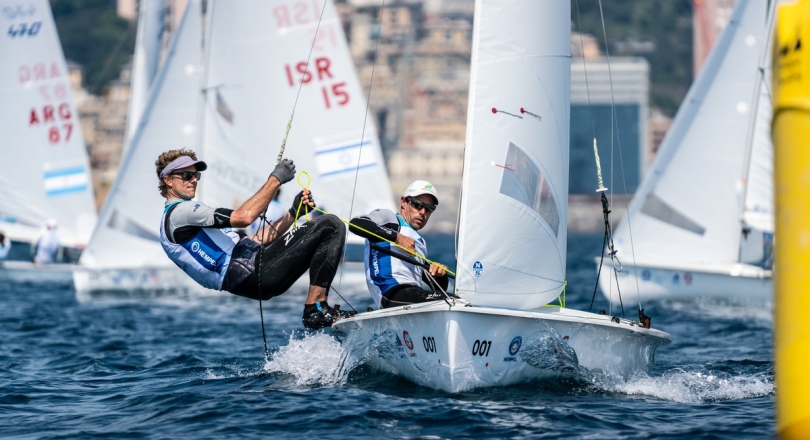 REIGNING MEN'S 470 WORLD CHAMPIONS MAT BELCHER AND WILL RYAN ARE ANNOUNCED AS THE FIRST ATHLETES SELECTED TO THE TOKYO 2020 AUSTRALIAN OLYMPIC TEAM.

Reigning Men's 470 World Champions Mat Belcher and Will Ryan and  have today been announced as the first athletes selected to the Tokyo 2020 Australian Olympic Team.

Belcher and Ryan have been rewarded for their stunning 2019 season, which has seen them bank five successive international victories.

Last month they secured back-to-back wins at the Olympic Test Event and World Cup Series on the waters of Enoshima, the same track they will be racing around at the Games in ten months' time.

For Belcher this will be his third Olympics, his second with Ryan as crew.

"It's amazing to be the first athletes selected for Tokyo 2020," Belcher said. "To go to even one Olympics is so special, to get a chance at a third Games is an incredible feeling.

"Now selection is secured the focus is firmly on the Olympics and doing everything we can to be at our best in July."

Belcher and Ryan also secured their fifth 470 class World Championship together in Japan last month. The pairing is primed to go one better than the Silver they took home from Rio in 2016.

"Last time around we were second, and it felt like we just missed a few of those last little bits," said Ryan on Friday. "We are really honoured and excited that we have the opportunity to go again and we'll be giving it our all to get on that top spot."

"Australian Sailing has a proud history of success at the Olympics, and this group is no different," Allen said. "We have won six gold medals at the past three games, and we head to Tokyo with three classes currently ranked in the top three in the world including two top seeds."

Enoshima is a special place for the sport of sailing in Australia. The venue for the 2020 Games is the same harbour that Bill Northam and the crew of the Barranjoey won Australia's first ever sailing Olympic Gold on in 1964.

The latest crop of Olympians will be hoping to recreate those efforts, and continue Australia's fine record of success in Olympic sailing.