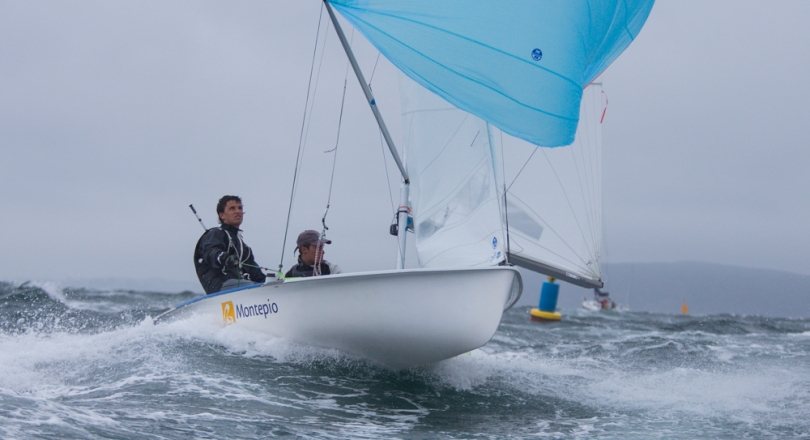 Racing at the 420 and 470 Junior European Championships kicks off on Friday 16 August in Pwllheli, Great Britain.

The 420 and 470 Junior European Championships are run together to support the natural transition between the 420 and 470, although will race on two separate course areas.

The host club, Clwb Hwylio Pwllheli Sailing Club, is located in the North Wales holiday resort of Pwllheli, and one of four national sailing academy venues recognized by the Royal Yachting Association. Racing against the backdrop of Snowdon and the Welsh mountains, the racing conditions on the waters of Cardigan Bay are some of the best in the UK, with the area renowned for its weak tidal streams and stable winds.

A total of 272 sailors are competing, with ninety-six teams contesting the 420 Junior Europeans and forty teams lining up for the 470 Junior Europeans, representing a total of 20 nations. In the 420 fleet, teams must be 18 years or younger in the year of the Championship, with crews in the 470 required to be 21 years or younger, with some of the classes’ most talented youth teams set to flex their muscles on Cardigan Bay.

The pair secured Junior World Championship glory in La Rochelle on 3 August after a stunning performance. They subsequently withdrew from the 470 Worlds in order to recover and prepare for their Junior European Championship bid.

“After the Junior Worlds I spent some time in Malaga to relax and have had one week to rest,” Xammar said. “Now I am here and ready to compete again. There are less boats than the Junior Worlds, but the level is really high because all the top ten teams are here. So now we will concentrate again and focus on a good Championship.” 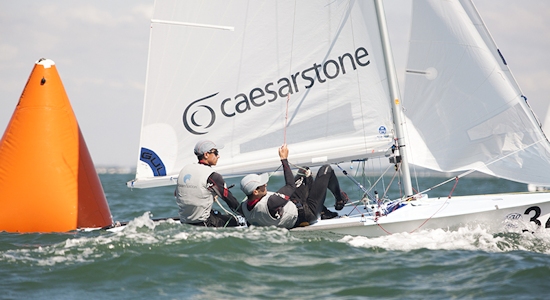 Xammar is a two-time ISAF Youth World Champion, winning gold in 2010 with current crew Joan Herp, and his second gold in 2011 with Alex Claville.

In the 470 Women fleet, disappointment for France’s 470 Junior World Champions Maelenn Lemaitre/Aloise Retornaz, who have had to withdraw from the Junior Europeans due to injury. Retornaz suffered from a back problem during the Junior Worlds in La Rochelle, which requires a bit more rest before the pair can face the race track again.

Potentially this leaves the door open a bit wider for the silver medallists at the 470 Junior Worlds, Anna Kyselova/Anastasiya Krasko from the Ukraine to move up the leader board. They put in a career best performance in La Rochelle and so far are confident with the conditions here in Pwllheli.

“I am ready for the racing,” said Kyselova. “We have done some more training today and we like the weather here, and like these conditions. We hope that this regatta will be good for us and we hope to win it, but no-one knows what can happen. The British know the conditions well here, so we will keep an eye on them.” 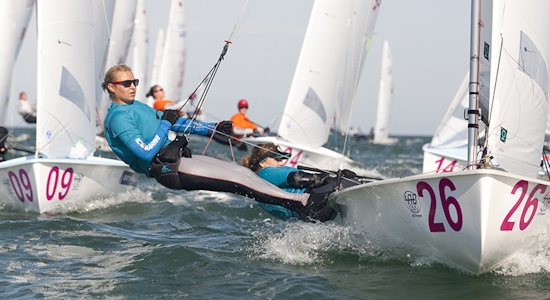 Great Britain is fielding four 470 women teams, including last year’s 420 Junior European Champions who are now racing the 470, Annabel Vose/Kirstie Urwin. Alongside them are reigning 470 Junior European bronze medallists Joanna Freeman/Katie Tomsett who have plenty of experience of racing here in Pwllheli – so plenty of strong contenders.

The 470 Men and Women will race as two separate fleets, each fleet contesting a single series of 11 races, including the final eight-boat Medal Race. Racing is scheduled to get underway at 1400 hours on Friday 16 August 2013.

420 Junior European Championship
For the 420 fleet, there are numerous familiar faces who raced at the SailFirst ISAF Youth Sailing World Championships and then jumped straight over to the 420 Worlds in Valencia, Spain, and are back on the race track at the 420 Junior Europeans. To ensure quality of racing, entries are limited with a strict quota of seven teams per nation, apart from the host nation who can enter 14 teams.

Amongst the pre-race favourites are Portugal’s Diogo Pereira/Pedro Cruz who claimed the bronze medal at the ISAF Youths and followed up with a 6th at the 420 Worlds. But, familiarity with the conditions here is all important, and New Zealand’s Taylor Burn/Henry Gibbs have a card up their sleeve after their win at the British 420 National Championships which wrapped up here two days’ ago.

Also set to give the fleet a challenge on the race track are the 420 Ladies World Champions, Annabel Cattermole/Bryony Bennett-Lloyd, who took a convincing gold medal in Valencia, fresh from a 12th place at the ISAF Youth Worlds. Bennett-Lloyd then stepped in as a reserve crew at the 470 Worlds last week in La Rochelle.

Another highly experienced pair are Italy’s Ilaria Paternoster/Benedetta di Salle who secured the bronze medal at this year’s ISAF Youth Worlds, following on from their gold medal in 2012. Also set to be amongst the frontrunners are Spain’s reigning 420 National Champions Silvia Mas/Nuria Mira. 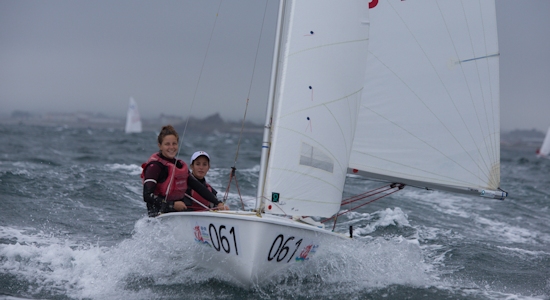 The ninety-six boat 420 fleet sail as an open division, with mens, ladies and mixed teams competing against each other. The teams have been split into two fleets of 48 boats each for the six race qualification series which is scheduled to take place from 16-18 August, after which they will advance to gold and silver fleets for the 6 race final series from 20-22 August, with a reserve day in between. Racing is scheduled to get underway at 1400 hours on Friday 16 August 2013.

The predominant weather across the period of the Championship is forecast to be fairly breezy, but with lighter conditions of around 8-11 knots for Friday’s opening day of racing. Saturday looks set to be a blower, with winds of 21-23 knots and gusts up to 34 knots forecast.

The 420 and 470 Junior European Championships were formally opened on Thursday evening with the Opening Ceremony celebrations to the resounding accompaniment of a traditional Welsh Brass Band. Speeches were made by Bob Lowe on behalf of the host venue Pwllheli Sailing Club and Nino Shmueli on behalf of the International 420 and 470 Class Associations. The 2013 420 Ladies World Champions, Annabel Cattermole/Bryony Bennett-Lloyd from Great Britain, made the Sailors’ Oath on behalf of all competing teams.