From 16-22 December 2010, the 470 Junior World Championships will take place from the Doha Sailing Club in Doha, Qatar and represent the 2010 season-ending finale of the 470 Championship calendar. 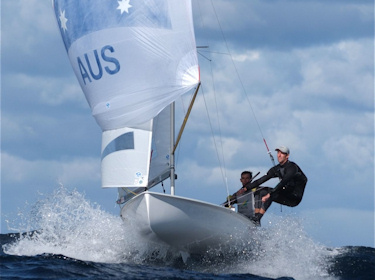 The 2010 470 Junior World Championships is an event accessible to all with a “pay and play” philosophy, a strategically located event venue, equality of competition and reduction of costs through supplied equipment.

Qatar was selected as the venue because it offers great sailing and also its geographic location makes it an extremely accessible venue with a particular appeal for competitors coming from Africa, the Middle East and Asia.

With supplied 470s, all boats will be exactly the same with no changes permitted to the equipment – so when the sailors get in their allocated boats they can be assured of a completely “level playing field”. Only the sailors' skill and sailing ability will secure their performance on the race course. Forty 470 dinghies are being provided by Sport Sails Centre in Poland, with sails provided by Olimpic in Italy. Boat rotation will be implemented across the fleets, which is likely to see the girls' sailing as a single fleet and two fleets for the boys/mixed teams. 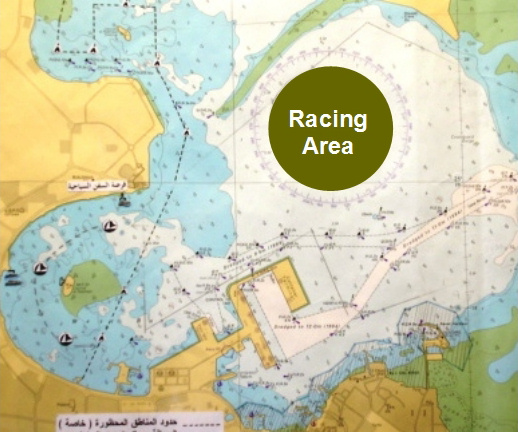 Open to entries from sailors under the age of 22 years before 31 December 2010, the 470 Junior World Championships is set to attract a broad range of entries from around the world. A boost for those on the early stages of their 470 racing career will be the 470 Training Clinic which will take place immediately before the Junior Worlds to provide key race training.

The scheduled race programme covers 6 days, with a qualifying and final series consisting of up to 10 races before the Medal Race for the top ten and final fleet races for the other teams. A range of activities are planned ashore for those not racing, although race spectating is also likely to be a popular option with the proximity of the race course to the shore.

Commenting on the forthcoming 470 Junior World Championships, Stanislav Kassarov, President of the International 470 Class said, “The selection of Doha, Qatar as the venue for the 2010 470 Junior World Championships represents a continuation of our approach to showcase the very best of junior 470 sailing in different regions around the world. Doha has demonstrated its ability to successfully host world class sailing events and the 470 Class is proud to be adding to that success. We are very excited by the opportunities the “pay and play” approach gives to increase the accessibility of 470 sailing, and we are also confident that we will attract new nations to continue to expand our strong base of active 470 sailing in more than 60 nations around the world.”

Racing on clear blue waters in what are expected to be perfect sailing conditions at that time of year, the 470 Junior World Championships presents all the ingredients for a perfect and very successful Championship.

A single entry fee of EUR2330 per team covers the 470 charter, accommodation, full board food, social events, local transport and of course full use of the club facilities; so all the sailors need to do is book their plane and arrive. The Organizing Committee is planning a varied cultural and excursion programme to introduce the sailors from around the world to the delights of Qatar and provide time for sailors to socialise together. Preferential accommodation rates are also being provided for coaches, team leaders, support teams, and parents.

Qatar is a small land mass of approximiately 11.437 square kilometres, located down the west coast of The Gulf. Sailors can expect a moderate desert climate with warm temperatures and of course excellent sailing conditions. Qatar is justly proud of its heritage, with fine examples of traditional buildings and crafts and a magnificent Museum of Islamic Art. Doha hosted the 2006 Asian Games, which was the largest Asian Games ever held and included the 470 Men and 470 Women.