One Amazing Year - Stuart Bithell's Rise to the Top 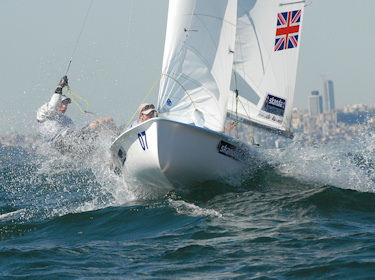 In just 12 months Stuart Bithell's career has gone from a little known Olympic journeyman to one of the world's top 470 sailors, together with helm Luke Patience. The pair end 2010 ranked #4 in the world on the ISAF Sailing World Rankings.

2010 has also seem Stuart be accoladed as the UK Merlin Rocket National Champion and Champion of Champions on the British dinghy scene after winning the Endeavour Trophy.

Listen to Andy Rice's interview with Stuart as they discuss 470 sailing, Stuart and Luke's winning partnership, ISAF's "provisional" decision on the events for the 2016 Olympics and more: