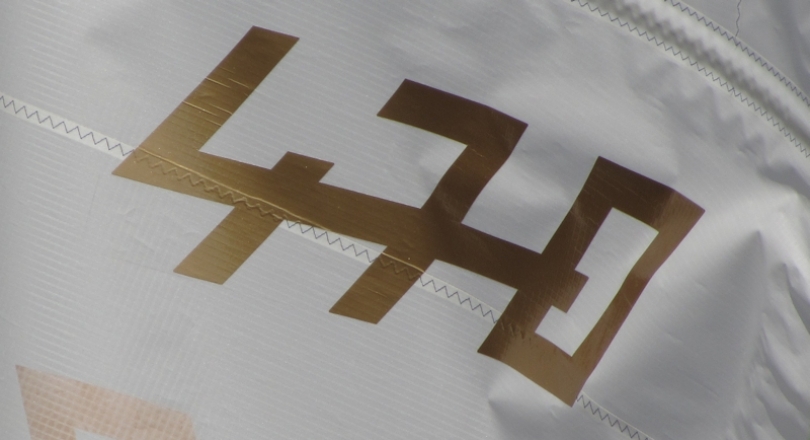 110 teams from 35 nations are competing at the 470 Europeans in Formia, Italy for what is the first 470 Championship of the new Olympiad and the most significant gathering of 470 sailing talent since the 2012 Olympic Games.

At the start of the 2012-2016 Olympic quadrennial, the ranks of 470 sailors continues to grow with many new faces who have made the transition from junior to senior fleets looking forward to pitting their skills against the more experienced teams.

The fleet is full of Olympic and 470 championship medallists, and brings the best sailors in the world together.

470 Men
In the 470 Men, the three 2012 Olympic medal boats will be on the startline, but with only one, the bronze medal Argentinean team of Lucas Calabrese/Juan de la Fuente in the same partnership.

All eyes will be on the world ranked #1 team of Mat Belcher/Will Ryan (AUS) in the 470 Men fleet, who are unquestionably the team to beat. Many teams will want to upset the record of 15 consecutive event wins which Australian Olympic Gold Medallist, Mat Belcher has notched up since December 2011. Always modest, Belcher admitted even he is surprised by his achievement, commenting, “The run of consecutive wins has been something so unexpected. To win 15 events in a row, I still sometimes can't believe this is something I have achieved, with two amazing athletes. What was extremely special was to win three 470 Worlds in a row and now to have won the past 7 events with Will. Obviously with special moments like the Olympic gold along the way, but these wins are something different.”

Looking forward to the European Championships getting underway, Belcher continued, “We have only been in Formia a few days, but so far we have enjoyed our time on the water. It seems to have a light to moderate local sea breeze in the afternoons with not too much wind before hand. But, I'm sure by the time the event comes around, it will be different. What is great, is that we have the best sailors in the world in one place to race. I'm sure we will all enjoy the racing and time together as a class.”

Belcher’s new crew Will Ryan, has risen to the challenge which opened to him after Malcolm Page’s post Olympic retirement. “It is a very fortunate position that I have been offered to come into a team with such an impressive history. There is some pressure which has come with the opportunity; not only to try to keep Mat's winning streak alive, but to fill the big shoes that Malcolm Page has left behind. Malcolm is considered the most successful 470 crew of time,” commented Ryan. “I was fortunate that I was already a part of the Australian program for some time which has certainly made it easier for us; and over the 6 months having had the opportunity to race together and having Victor watching over us has definitely helped us to develop as a pair and certainly we both now feel more comfortable sailing together.”

Olympic silver medal helm Luke Patience teamed up with Joe Glanfield at the end of 2013, and will be looking to build on the successful start to their Rio campaign at what will be their third event together. Their first appearance together at ISAF Sailing World Cup Palma rewarded them with a third place finish. A win at the 470 Europeans has come tantalizingly close for Patience, with a silver in 2011 and bronze in 2010 with his former teammate Stuart Bithell.

470 Women
Headlining the 470 Women fleet are 2012 Olympic Gold Medallists Jo Aleh/Polly Powrie from New Zealand. Their post-Olympic break gave the pair some respite after four years of intense training and preparation, and so far has only served to fire them up, evidenced by two straight wins in their first two events since returning to competition in mid-April. “We feel pretty refreshed after the break and are just enjoying being back in the 470 and racing again. The first few regattas we have done didn't have that many boats at them so we are really looking forward to big fleet racing at the Europeans,” commented Aleh. 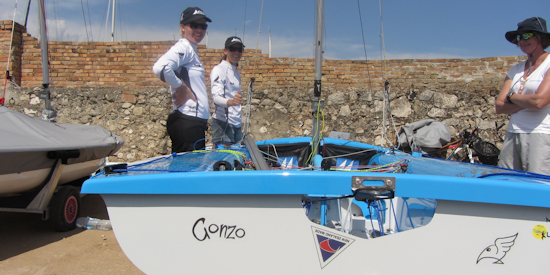 Powrie explained their abstinence, “Firstly we had a few months of celebrating winning a gold medal by touring around New Zealand visiting schools and yacht clubs and corporate events. We stepped out of the boat for a while to have a break from 470 sailing and to decide what to do going forward and have a bit of a break after four intense years.”

The defending 470 European Champion, Great Britain’s Sophie Weguelin teamed up with 19-year-old Eilidh McIntyre at the beginning of 2013, and so far the new partnership has shown great potential with podium finishes at two ISAF Sailing World Cup events. McIntyre, is the daughter of 1988 Star class Olympic Champion Mike McIntyre.

Racing begins on Monday 10 June, using a new trial format. The 470 Men will be split into two fleets, and sail a qualification, final and medal race series. The 470 Women will sail as one fleet, up until the Medal Stage. The trial format has evolved from the tests undertaken at ISAF Sailing World Cup events earlier this year.

Will Ryan sees the trial format being tested at the Europeans as a step forwards, saying, “Sailing is a sport of variables; and while the idea of bringing the last race down to chance may sound 'exciting or newsworthy' ; it does not create a sport which encourages interest, or innovation and development as it deters commitment by athletes.”