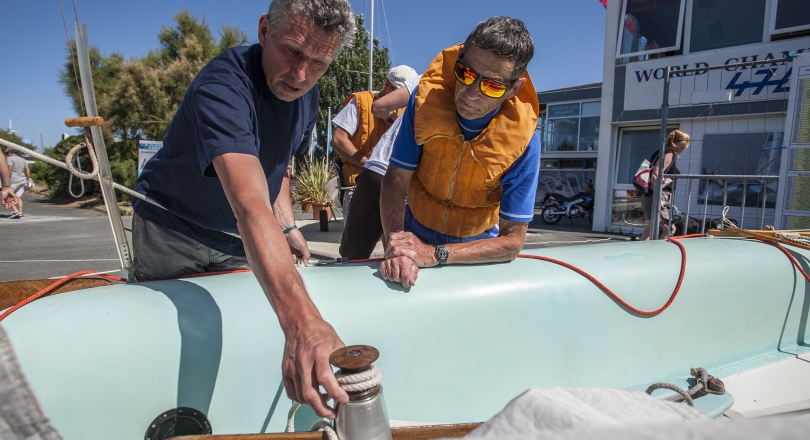 Hot, humid and no wind was the order of play on race day 3 of the 470 Junior Worlds. The Masters’ Cup and Open Classic fleets enjoyed a day off, but the junior fleets waited for a breeze that never materialized.

Racing was called off at 1540 hours, with the Race Committee hoisting AP over A.

Racing at the 470 Junior World Championships will resume on Thursday 1 August, with three races planned and a scheduled start time of 0930 hours for the women, followed by the men’s gold and silver fleets. The Masters’ Cup and Open Classic fleets will race another two races, with the first start scheduled for 1400 hours. The forecast is for 9-10 knots from the south, veering a bit east, to end the day from the south west.

With teams postponed ashore, the boat park was a buzz of activity this morning as the junior teams prepared their boats in anticipation of racing, alongside the multitude of Olympians, World Champions and icons of the 470 Class,many of whom  are here training ahead of the 470 World Championships which start on Monday 5 August.

The star performance today went to the oldest known 470, sail number 13 which was built in 1964 by Jean Morin and has been meticulously maintained by its owner. Christian Piot and Nicolas Guichet, author of the 470 Great Book, were onboard and took their stately lady for a sail near the old harbour of La Rochelle. 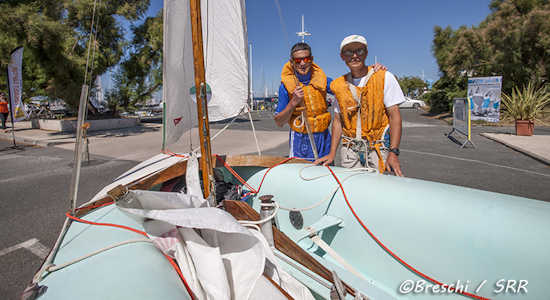 With a smile, Guichet said, “I will be sailing this 470 in the 50th Anniversary Cup on Saturday, so just want to make sure everything is OK!”

When not on the water, 470 # 13 is part of the historic line up of 470s tracing the boat’s evolution from 1964 to the present day in a shoreside exhibition. Everything #13 is original, including the buoyancy aids worn by the crew today. 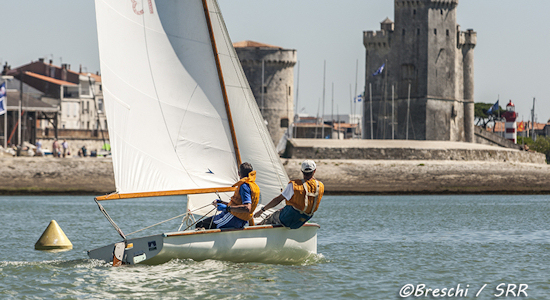 Following on from the 1964 boat, the next oldest 470 was built in 1972 also by Jean Morin, which is practically a modern 470 with fittings that are used today. Onto 1981 and we have a 470 from Fountaine Pajot, one of the most popular builders at the time. Next in the line-up is the 1988 Olympic Gold medal winning 470, which was sailed to victory by France’s Thierry Peponnet/Luc Pillot in Seoul and now belongs to Club Nautique d’Ablon. The renowned Peponnet/Pillot team also won the 1984 Olympic bronze medal and were the 1986 World Champions and will be one of the teams taking part in the Legends’ Trophy on Sunday 4 August. Move on a decade and we have another iconic French boat, the 470 sailed to 1998 World Championship gold by Gildas Phillippe/Tanguy Cariou, which now belongs to Nicolas Guichet. The exhibition ends with a bang up to date 470 built in 2012, showcasing the very latest in technology and on loan from Nautivela.