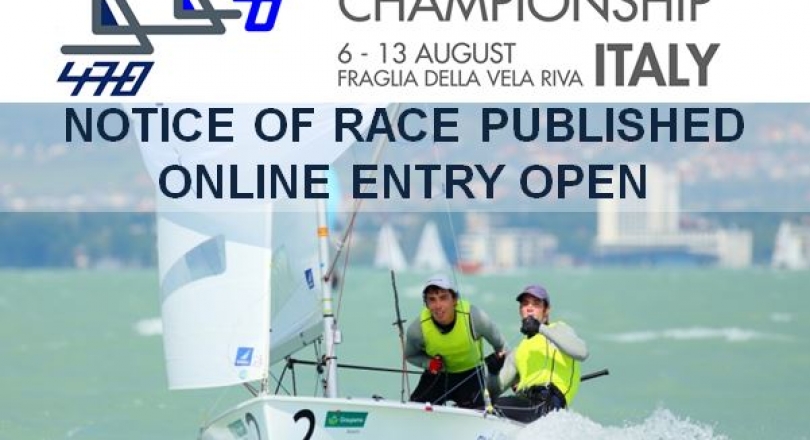 The Notice of Race for the 2017 420 and 470 Junior European Championships has been published.

The 420 and 470 Junior European Championships is open to non-European teams, although the medals will be presented to Europeans teams, and nations are entitled to make the following entries:

470 - online entry is now open for 470 teams who may make their own entry. If you have any queries regarding online entry please email manager@470.org

As detailed in the Notice of Race, entries should be completed and paid for before 18 July 2017 to take advantage of the earlybird entry fee of EUR250. Entries received from 18 July onwards will be EUR300.

The Championship schedule is: