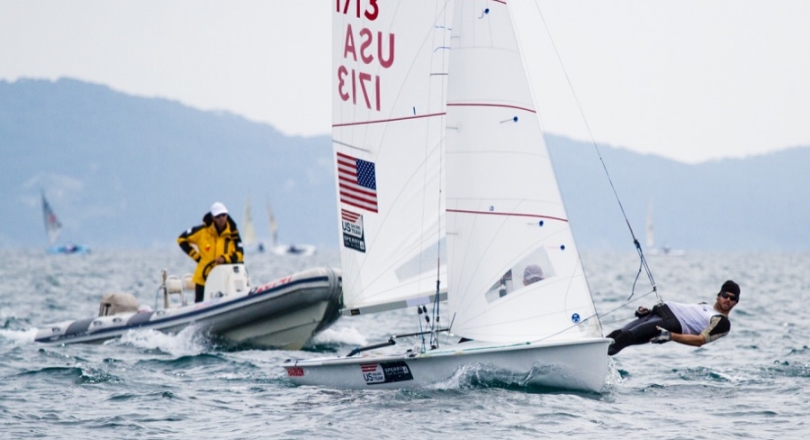 Todd Fedyszyn (St. Petersburg, Fla.) was announced as the 2014 US Sailing Development Coach of the Year. Each year, the OSC honors coaches who have distinguished themselves at the youth, national and international levels. The awards are a part of the United States Olympic Committee’s (USOC) Coach Recognition Program, which highlights the accomplishments and contributions of U.S. coaches who train athletes at all levels of Olympic and Paralympic sports.

“We are lucky to have world-class coaches here in the US, and they do crucial work each year to build the base of sailing talent in this country,” said Ben Richardson, OSC Chairman. “On behalf of US Sailing, I’d like to congratulate Morgan and Todd on a job well done.”

2014 US Sailing National Coach of the Year – Morgan Reeser
A first-time winner of the National Coach of the Year award, Morgan Reeser is a familiar name to all who follow Olympic sailing. Competing with two-time medalist Kevin Burnham (Miami, Fla.) at the 1992 Barcelona Olympic Games, Reeser won a silver medal for the United States in the men’s 470 class. He also competed at the Atlanta 1996 Olympic Games in the same class.

In 2014, Reeser achieved top domestic and international results as a coach. He worked extensively with Olympic athletes, focusing on American and Austrian 470 sailors. Reeser served as the primary coach for the US Sailing Team Sperry’s Stuart McNay (Providence, R.I.) and David Hughes (San Diego, Calif.), who achieved the best result by an American men’s 470 team in 14 years at the ISAF Sailing World Championships, finishing 5th overall. McNay and Hughes won four medals at major international events in 2014, and were the only pair besides the World Champion Australian team of Matt Belcher and Will Ryan to qualify for every medal race during the course of the year. “You can’t help but feel special coaching for your home country,” said Reeser. “I’m looking forward to working hard with Stu and Dave as we get closer to Rio 2016.”

Reeser’s additional work with the Austrian team helped set the stage for a 2014 World Championship gold medal in the women’s 470 class for Lara Vadlau and Jola Ogar, and a silver at the 470 Europeans for the Austrian men’s team of Matthias Schmid and Florian Reichstaeder. In the Melges 20 class, Reeser worked with Michael Kiss’s Bacio to win silver at the 2014 North American Championships.

After retiring from Olympic competition following the Sydney 2000 Olympic Trials, Reeser moved into coaching at the highest level, and found success almost immediately. Asked by [current ISAF Vice President] George Andreadis to help the Greek 470 program during their 2004 home Olympics in Athens, Reeser led the women’s 470 team of Sofia Bekatorou and Aimilia Tsoulfa to a gold medal. Reeser duplicated his medal-winning coaching performance as part of the British team in London 2012, guiding Luke Patience and Stuart Bithell to the silver, once again helping a home team overcome significant pressure to perform. “I remember what it was like competing at a home Games in [Atlanta] 1996, with all the pressure involved,” said Reeser. “We didn’t achieve our goal at that event, and felt like we left something out there. So helping athletes succeed in that environment has been special for me.”

When asked about what his guiding principle is as a coach, Reeser noted that he focuses heavily on the mental game. “One thing I try to impart to sailors is that they must enjoy what they are doing,” said Reeser. “If you let the stress take hold, you’ll never do as well as you could. In my career, my best events as a sailor and as a coach have been at the Olympic Games, so hopefully I’ve been able to instill some of that in my athletes. If you’re not having fun, you’ve missed the whole point.”