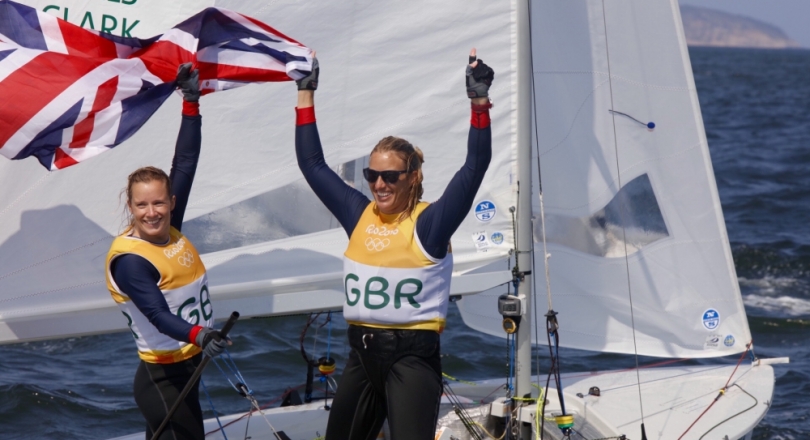 Hannah Mills and Saskia Clark – British sailing’s golden 470 Class pair from the Rio Olympic Games – have capped off their incredible 2016 with recognition in the New Year Honours list.

The Olympic Champions were named as Members of the Order of the British Empire (MBE) for services to sailing following their Rio achievements where  Hannah Mills and Saskia Clark claimed a first ever British Olympic gold in the 470 Women’s class.

Saskia Clark, 37, who retired from Olympic sailing after the Rio Games, described the award as ‘insane’.  She said: “To represent Great Britain at an Olympics is an absolute privilege, to be in the position to win the Gold Medal was amazing and to top it off with an MBE is absolutely insane. What a year! It is such a huge honour.

“I have been so lucky to be part of a generation of athletes that have had the support of the National Lottery, so thank you to all those players that have contributed to the huge success of Team GB since that funding inception. Nothing was possible without the support of my family and friends, boyfriend and everyone at the British Sailing Team who have all been there to get me through the tricky parts to achieve my dream.”

28-year-old Hannah Mills added: “Since the Games it has been great – the support and response from the public, family and friends has been overwhelming, to be recognised by our sport as World Sailors of the Year and now in the Honours List, it is just so, so special. I can't imagine 2017 living up to the challenge, but I hope it will be half as good!”

Mills and Clark also gained global recognition as female World Sailors of the Year for 2016, with Scott also making the final shortlist in the men’s category.

Former 470 sailor, Ian Walker, double Olympic medallist and Volvo Ocean Race winner, has also been made an MBE for services to Olympic and international competitive sailing.

“It is fantastic to be recognised in the New Year Honours list, crowning my Olympic medals with success at the 2015 Volvo Ocean Race on-board Abu Dhabi Ocean Racing.  Hopefully my racing story and the support of the John Merricks Sailing Trust will encourage and enable the next generations sailors to follow in my footsteps and go onto even greater things.  Thank you to all who have supported my through the journey,” said Walker. 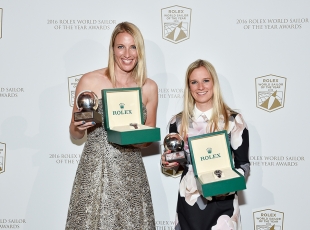