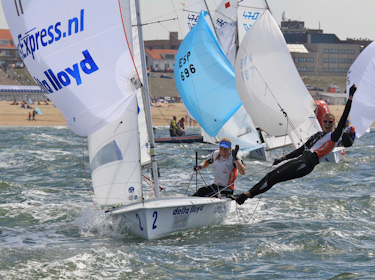 A star attraction during the upcoming India International Regatta will be 470 Class Champion Lobke Berkhout, a five time World Champion and Silver medallist at the 2008 Olympic Games.

The Yachting Association of India is organizing the second edition of the India International Regatta at Chennai from 3-10 October 2010 for young sailors, with Lobke on site to support, interact and motivate the young teams. Most recently,  Lobke with helm Lisa Westerhof won this year's 470 World Championships on home waters in Holland, a successful defence of their 2009 World title. With her fantastic pedigree, Lobke will be a wonderful inspiration to the sailors. 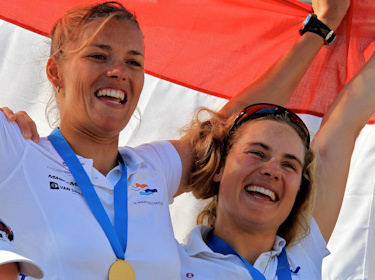 India was represented at the 2010 470 World Championships by Pushparajan Muttu and Singh Rajput Narendra who chartered a local boat and put in a very credible performance.

In a city that hosts events like the Chennai Open and the Chennai Marathon, the sport of sailing has gained prominence and India International Regatta is becoming an annual landmark event.

With over a 100 sailors from a dozen countries participating at the , one can expect keen fight and high drama on the water. Singapore, Thailand, Sri Lanka, Iran, Slovenia, Myanmar and Seychelles have all registered to participate in the week long regatta which promises to be challenging not only because of the speed of the boats and the young age of sailors, but also because of the demanding pre-monsoon conditions prevalent at the time.