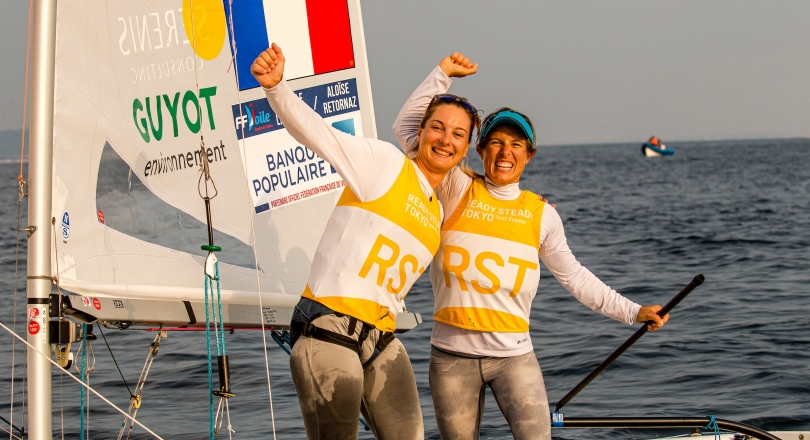 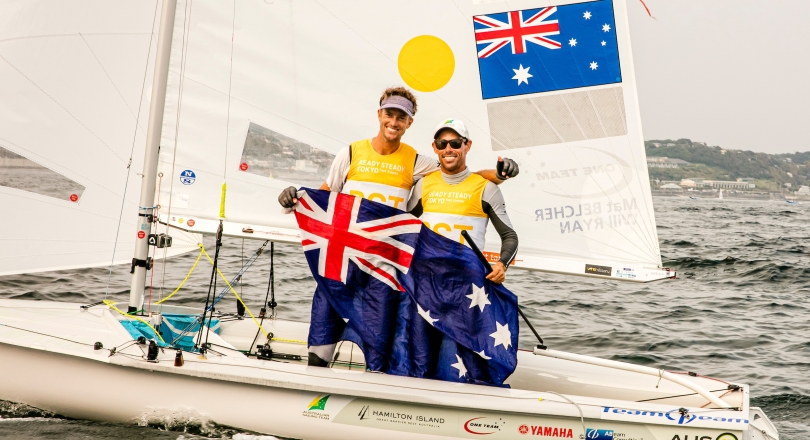 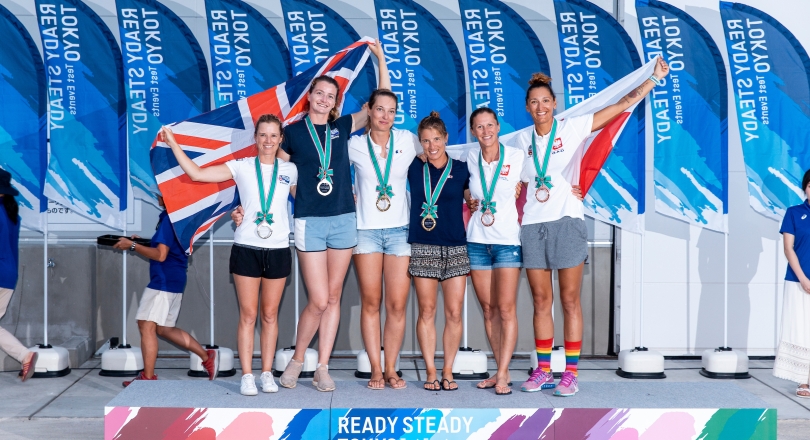 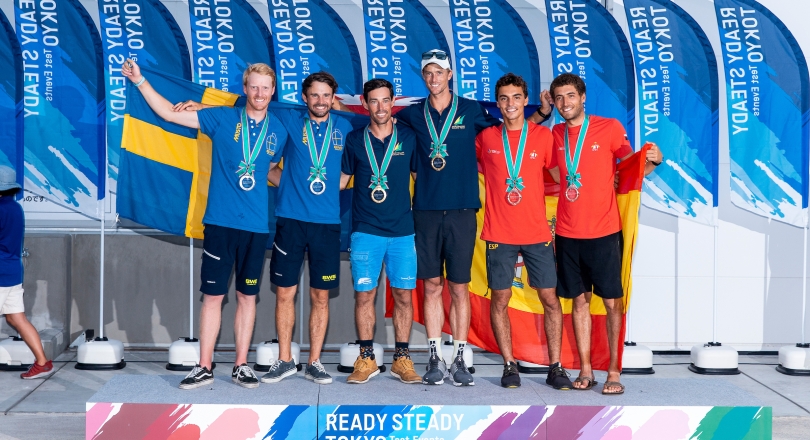 Just one Medal Race could be sailed on Day 6 of Ready Steady Tokyo - Sailing, the official test event for Tokyo 2020 in Enoshima.

Only the 470 Women's Medal Race went ahead, starting just after 16:00 local time, and it was French duo Camille Lecointre & Aloise Retornaz who clinched gold.

Wind speeds did not top 8 knots all day, with a dying 5-knot breeze present in the afternoon which began to decrease towards the end of the 470 Women’s race.

The 470 Men went out onto the water with good intentions, but the decision was soon made to call off all racing for the day.

Agnieszka Skrzypulec & Jolanta Ogar (POL) were 10 points off in third, with home favourites Ai Kondo Yoshida & Miho Yoshioka (JPN) and Silvia Mas & Patricia Cantero (ESP) still in with a chance of a medal.

With just a point between the French and the British, it all came down to the Medal Race – and it was the French who executed a perfect performance.

They won the race to extinguish any chance of losing gold, and the rest of the podium line-up remained unchanged, with silver and bronze going to Great Britain and Poland respectively.

“We are really happy to win here one year before the Olympics,” said Lecointre.

“It was a very tough situation; the points were tight and anything could happen.

“There was pressure for the Medal Race, but very quickly we got in front, and then we could breathe a bit more.”

“It was a long day; we wanted to go sailing and when we arrived on the water it was a new wind we didn’t know,” added Retornaz.

“We have a lot of training ahead of us – we know already what we want to work on.”

RESULTS / ENTRIES
Ready Steady Tokyo - Sailing are providing the results from the test event and they are now hosted on World Sailing's website here - http://bit.ly/RST19-Results
Click here for the latest entry list.