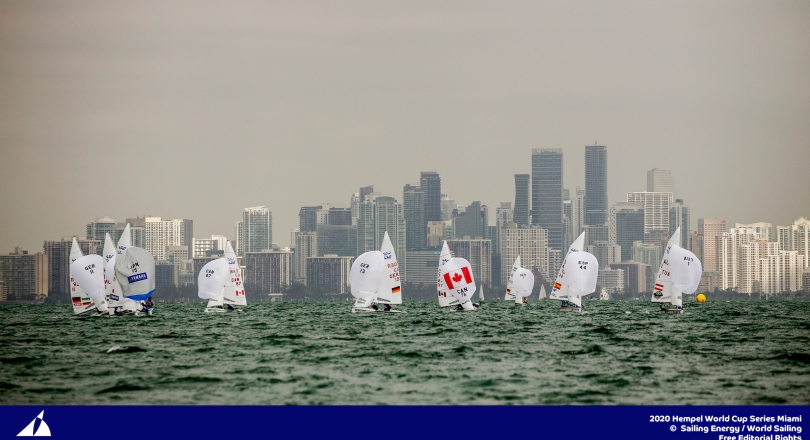 Through four days of action-packed racing on Biscayne Bay, the athletes competing at the 2020 Hempel World Cup Series Miami have experienced a vast array of conditions.

The challenge has been real on the Bay and this has created exciting racing and a level of unpredictability adding more intrigue to this year's annual Olympic class regatta in Miami.

Heading into Thursday's racing the Men's and Women's 470 had completed six races.

However, the breeze failed to cooperate for most of Thursday, as rain showers sporadically dampened the sailing venue, and racing was limited after lengthy postponements.

The Men's and Women's 470 fleets attempted to sail but the fickle and shifting wind made things tricky for the Race Committee team so no racing was possible.

Heading into Friday's action, Mat Belcher and Will Ryan (AUS) top the tree in the men's division and France's Camille Lecointre and Aloise Retornaz are in control in the women's.

An additional race is scheduled for the 470s, on Friday 24 January with an earlier start time of 10:30.