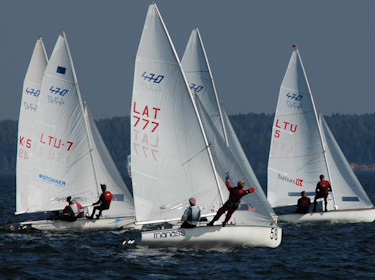 Taking place over the 25-26 September, the Last Storm Regatta was contested by eleven 470s from Lithuania and Latvia and hosted by the Kaunas Yacht Club.

There has been a resurgence in participation in the 470 Class in Lithuania, with the fleet growing from 4 boats participating in 2008 to the eleven boats this year.

After 7 races contested in light winds, victory went to Raimondas Šiugždinis and Ričardas Novošinskas (LTU) who put together a series of top three results, including three bullets. Two points adrift in second were Rytis Alksnevičius and Marius Klišaitis. Coming in third were Laurynas Rimšas and Justas Balčiūnas.

Check out the video at: www.ustream.tv/channel/paskutinis-griaustinis-2010 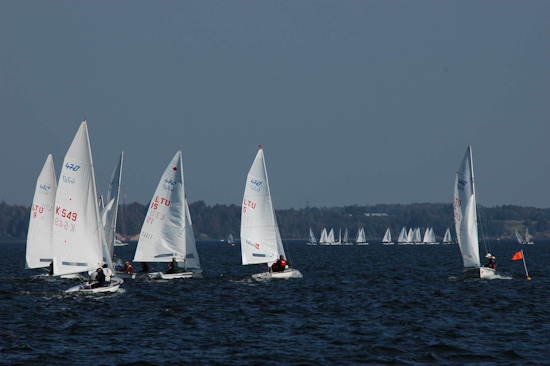