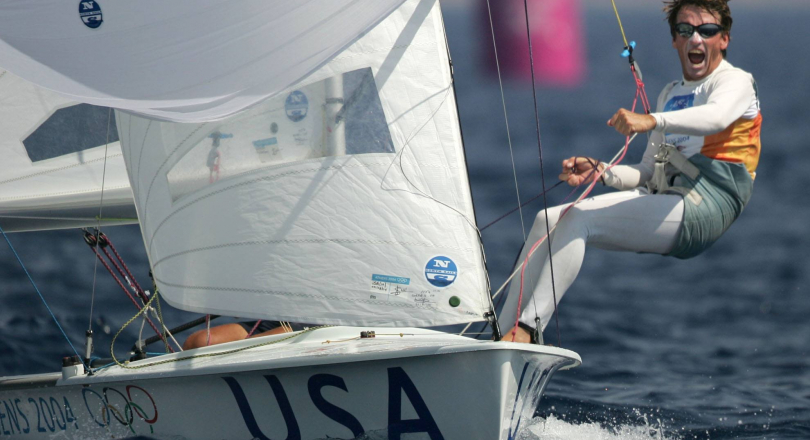 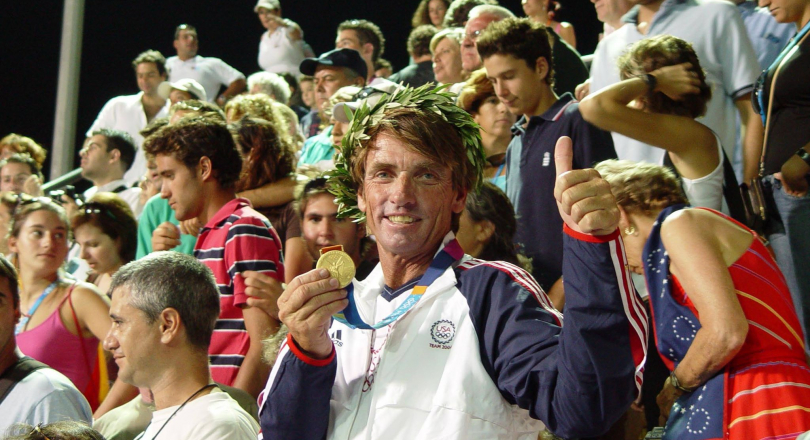 KEVIN BURNHAM - OUR SPORT HAS LOST A LEGEND.

Our sport has lost a legend.

It is an impossible task to describe Kevin to someone who has never met him. For those of us whose lives were touched by Kev, we now miss our friend, our buddy. We cry. We remember. And yet, we also joyfully smile knowing that Kevin lived the fullest of lives — easily three times what any of us could ever wish for, probably more.

Kevin’s 470 career spanned decades. From the 1970s to coaching in recent years. Successes upon successes. He truly loved the boat. It defined Kevin as much as Kevin defined the 470. Partners like Steve Benjamin, Larry Suter, Morgan Reeser, and Paul Foerster all grew with Kevin on the wire. Barefoot; that old blue harness; talking about flying the spinnaker like one would describe music or a piece of art - that was Kevin.

It was January 1976 when a young Burnham first stepped foot in a 470. Kevin met a kid from New York who was sleeping in his car, having just driven to Miami. That kid was Steve Benjamin and he needed a crew.

His 1992 silver medal came down to the last race. Kevin had a gut feeling, Morgan followed. These two best-of-friends had done it. To this day, they epitomize the very meaning of partnership between a 470 helm and crew, on the water and off. The team “Morgan and Kevin” is talked about as much in today’s boatparks as it was thirty years ago.

At the 2004 Olympics, Kevin and Paul showed the 470 fleet and the World just how crafty and wise the ‘old men’ were. On that final morning of racing, Kevin glided into the boatpark, passed screening, walked by the containers, and headed to his boat. Armed with his signature smile, Kev announced “It’s a beautiful day to win a gold medal!!”

Sure enough, he did just that.

Kevin represented all of us. His laugh would brighten any grim mood. His stories would engage a room full of people. He reminded us to be thankful for the gifts we have. He showed us passion for the wind and water. Most of all, his hugs were long and his friendships meaningful.

Kevin will be missed. We all have become spoiled with his ever-present energy — the type of energy that made each of us feel special and loved. That was Kevin’s gift to us all: the energy of friendship and connection.

Thank you, Kevin. We love you, Tiger.