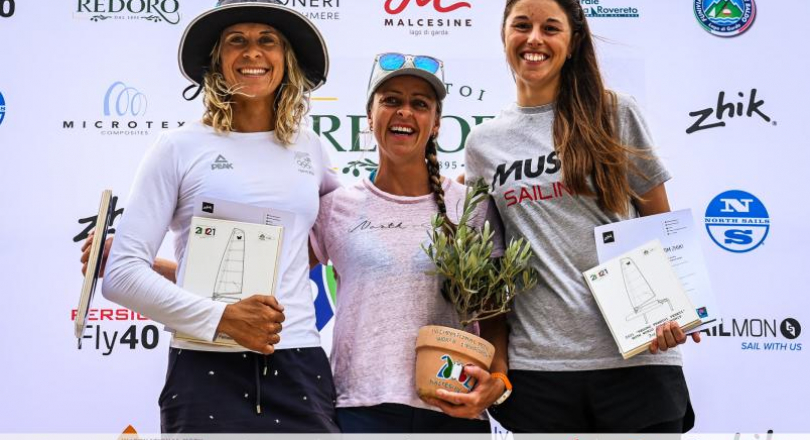 Jo Aleh might have finished second at the Moth world championships in Italy but admits she wasn't entirely satisfied.

The two-time Olympic medallist finished behind Great Britain's Josie Gliddon to add to her long list of achievements throughout her sailing career. Fellow Kiwis Phil Robertson and Mike Bullot were sixth and 22nd respectively in gold fleet.

Aleh has spent the last few years more focused on coaching, guiding Micah Wilkinson and Erica Dawson to 12th in the Nacra 17 at the recent Tokyo Olympics, but travelled to Lake Garda after the Games to compete at the Moth worlds.

She had never sailed a Moth before but showed her class to not only qualify for gold fleet but finish second overall in the 12-strong women's competition.

"I wanted to do better but I guess it's not too bad for a few weeks of Moth sailing," Aleh said. "I see the room for improvement more than I see the good stuff, that's just me, so I have a bit of work to do.

"There's still a long way to go but I've definitely started something and it's been a cool learning experience. It just makes me want to do more."

Source and Results at yachtingnz.org.nz