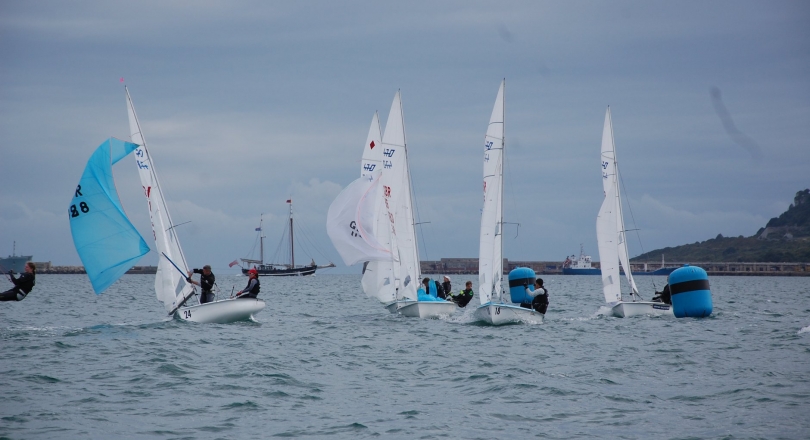 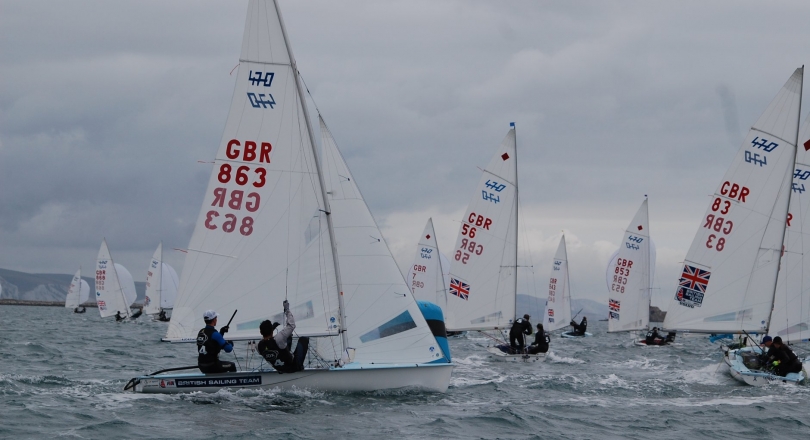 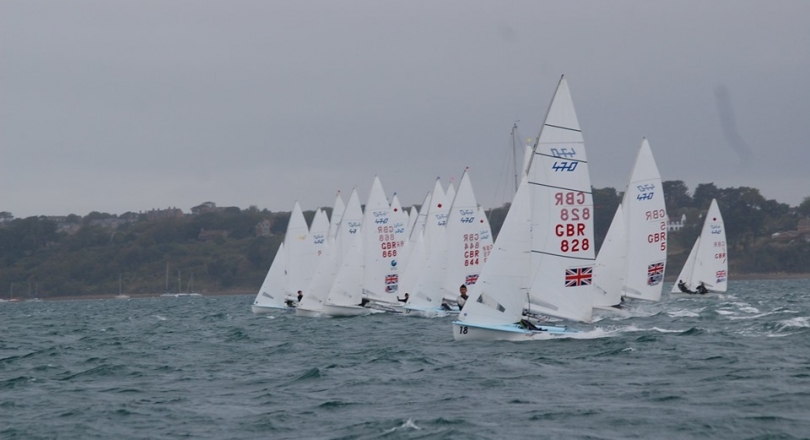 JDX 470 Nationals saw a large fleet take to the waters at WPNSA during the weekend Aug 31 - Sep 1 with 16 mixed crews, 2 coaches and an ex Olympic medallist in fleet !

After the four races sailed on Saturday the overnight leaders were Martin and Marcus, they might have been last to collect their tally but they were not last to leave the shore - that fell to Oliver Dowson-McGill who's crew had failed to turn up, however a quick change of plan saw Martin Lewis come off the safety boat to crew for Oliver.

PRO Adrian Stoggall kept the pace going with a quick move on to Race 7, which was re-started after a significant wind shift. This race was won by Vita/Ryan, with Aaron/Flora in second and leaders Martin/Marcus in 3rd.

With some violent and repeated wind shifts coming through PRO Stogg decided that Race 8 should be abandoned and the fleet sailed home.

Quote from Ian Walker who participated in the regatta with his daughter. “What a fantastic weekend sailing my 1996 medal winning Parker 470 with my 15 year old daughter. The boat still felt awesome when planing upwind and I was proud of my daughter for keeping us upright. It is amazing how much I remembered everything to do - I was just a little slower and out of breath. It is my first experience of unlimited pumping upwind and I have to say it is utterly ridiculous. I wouldn’t sail a 470 with the rules as they currently are. Anyway it brought back some great 470 memories and sailing with my daughter was a dream come true. Thank you to the UK class for getting 25 470s on the start line.”