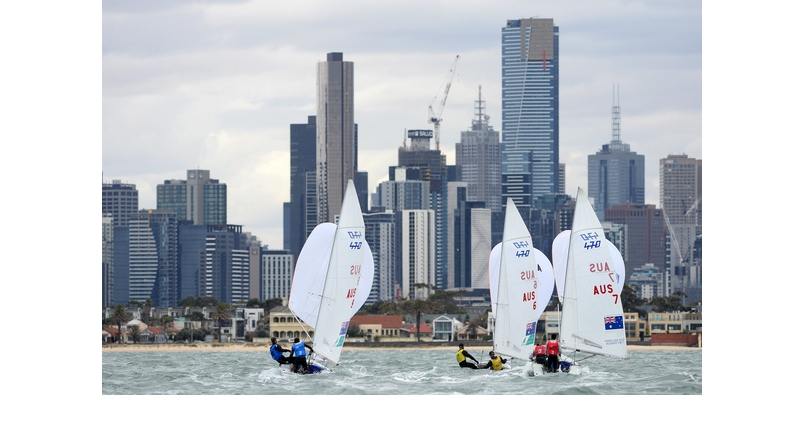 There's a well-known Aussie expression describing high winds that goes… 'it was blowing dogs off chains' and Port Phillip gave a good illustration of that idiom part-way into the first session on day three of the Sailing World Cup Melbourne.

Initially the race track on day 3 at ISAF Sailing World Cup Melbourne offered comfortable seas and very manageable 16 knot sou'westerlies before the scene turned sour when a pre-frontal rain squall of 28 knots hit and 470s started capsizing.  A second much stronger squall came through with gusts up to 35 knots and racing was pulled.

By 14:30 the breeze was back down to 22 knots and a weak sun out but with more bad weather on the way, Ultimately it was just one race for the 470 fleet, with many of the classes not getting any racing in.

470
Both the 470 men's and women's fleets recorded one set of race results. Sasha Ryan and Aurora Patterson (AUS) were awarded the 470 women's win, moving the new combination closer to the leading duo of Carrie Smith and Jamie Ryan (AUS).  "It was pretty hectic out there today, a typical Melbourne blow-out,” said Jamie. "We managed to bend our pole and our mast.”

Smith chimed in: "We decided to do a nice cartwheel downwind when we were winning and beating all the boys, which was a bit disappointing. Overall we are happy that we survived the day and that we could race against the boys and have a bit of fun at the same time. We're in one piece and that's the main thing.”

They will try to bend their 470 mast back into shape or otherwise source a spare before tomorrow. Among the 470 women's teams there was one broken and three bent masts and in the 49erFX fleet two crews finished the day with a busted rig.

The scoresheet for Alex and Patrick Conway (AUS) remains undented, five wins from five starts. Back at St Kilda sailing Precinct skipper Alex said: "When we started race five it was perfectly fine with around 15-16knots. By the second downwind it was starting to get a bit windy and we had a bit on in the last lap and of course after the racing it got even worse. We just managed to win that race; we got a big right-hander and were fourth or fifth at the top mark. The guys in front had a big lead but we managed to pull them back.”

RESULTS / ENTRIES
Results will be available throughout when racing commences on 9 December here - http://www.sailing.org/worldcup/results/index.php

COMPETITION STATUS
The Competition Status Screen feeds in straight from the Race Committee boats with the teams inputting data such as race times, course type, the status of each race and the plan moving forward. The competition status screen will be available when racing commences via - http://www.sailing.org/worldcup/multimedia/tracking.php
SOCIAL MEDIA
The hashtag of Sailing World Cup Melbourne is #SWCMelb 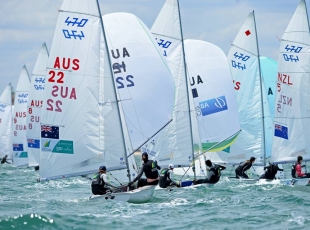 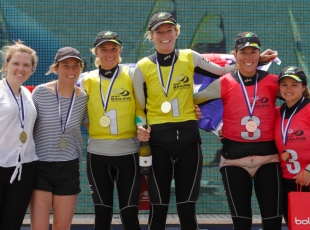 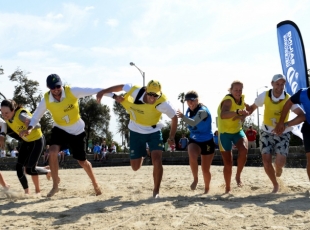