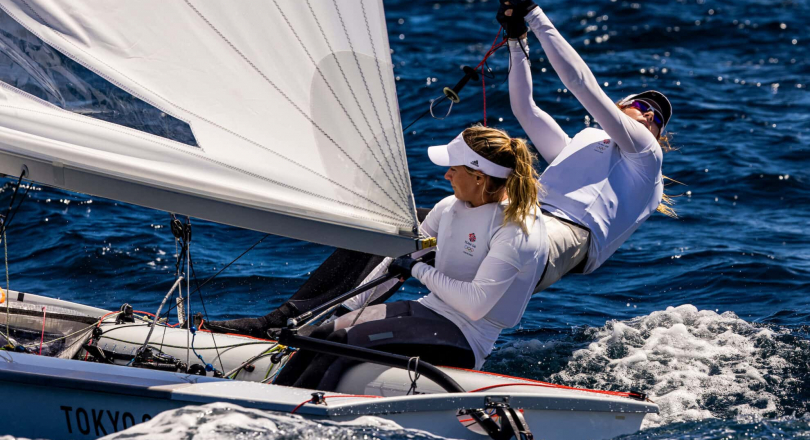 Carrying your national flag into the Olympic Stadium. Is there any greater honour in sport? For the chosen few who become flag bearers for their nation, this evening’s Opening Ceremony will be one of the most special of their lives.

The sport of sailing is well represented among the list of flag bearers. A male and female athlete from each nation will share the flag bearing, in most cases athletes from different sports.
...
Hannah Mills, looking for another women’s 470 medal to add to her silver and gold from the past two Games, was overcome with emotion on learning she would be representing Great Britain at this evening’s ceremony. "Carrying the flag for Team GB at the Opening Ceremony of the Olympic Games is not a sentence I ever thought I’d say," expressed Mills. "It is the greatest honour in my career and I hope more than ever before, this Games can lift our country and deliver some incredible sporting moments to inspire the nation."
...

World Sailing President, Quanhai Li, was quick to send his congratulations to all of the athletes, commenting, “It is a true honour for any athlete to fly their national flag at the Opening Ceremony of the Olympic Games. World Sailing is delighted for the sailing athletes who have been selected for this prestigious honour. We know they will proudly represent themselves, their nation, and the sport in front of the watching world. Congratulations to them all.”

“United by Emotion”, the Tokyo 2020 Olympic Games Opening Ceremony will start at 20:00 JST at the Olympic Stadium.

At the Opening Ceremony, Tokyo 2020 will aspire to reaffirm the role of sport and the value of the Olympic Games, to express gratitude and admiration for the efforts the global population has made together over the past year, and also to bring a sense of hope for the future.

Tokyo 2020 hope it will be an experience that conveys how we all have the ability to celebrate differences, to empathise, and to live side by side with compassion for one another.