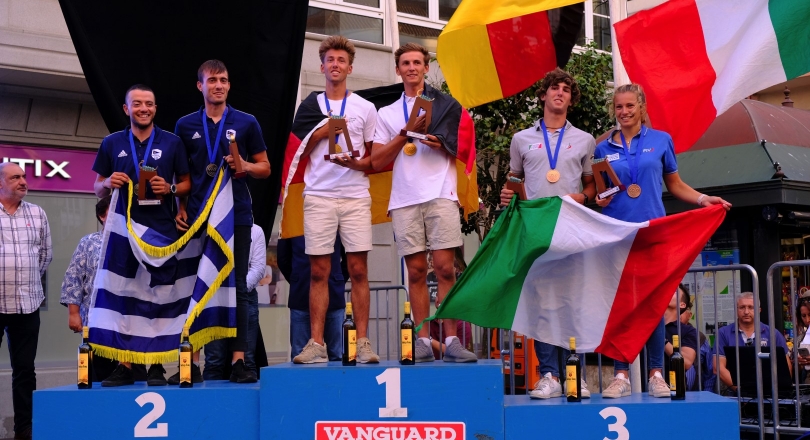 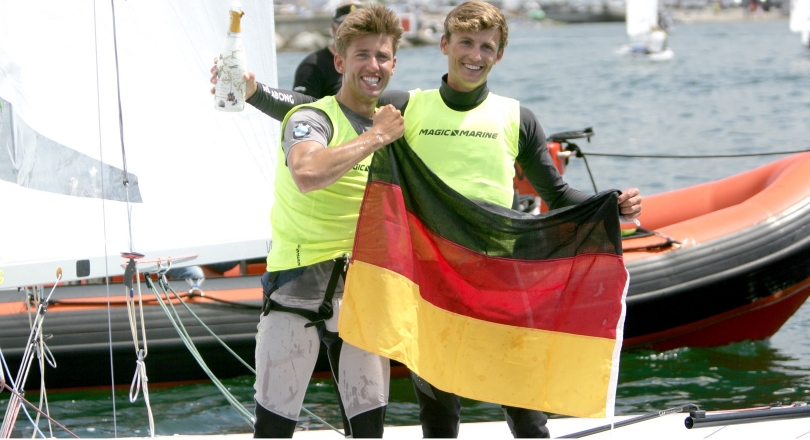 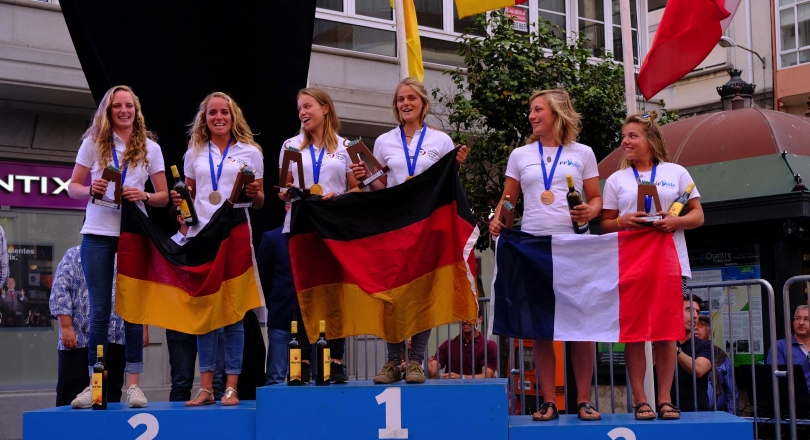 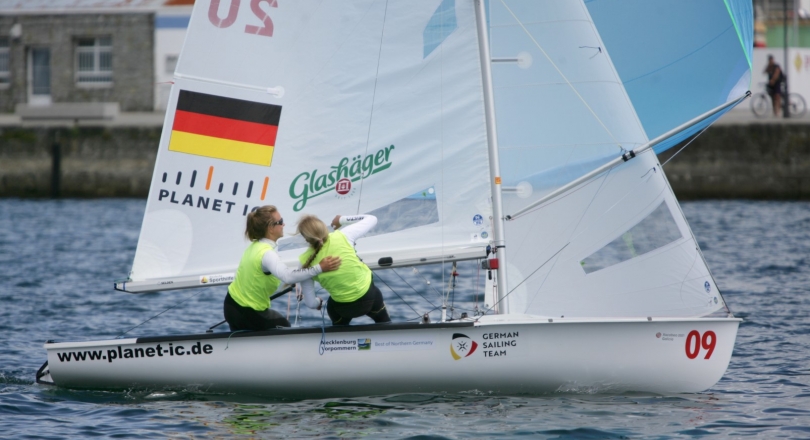 GERMAN TEAMS RULED THE PODIUM AT THE 470 JUNIOR EUROPEAN CHAMPIONSHIP!

After ranking 21st a year ago in the European Championship held in Sesimbra, winning bronze in 2019 Junior Worlds, and gold in Vilagarcía de Arousa, German pair Schlüchter/Eichhorst have been unstoppable for the past twelve months and in the twelve races of this Junior championship.

Berlin-based Eichhorst had already announced it on the previous day: holding on to the first position would only be possible if “we don’t make any foolish moves”. But Eichhorst and Schlüter, born in the small town of Stahnsdorf, made no mistake. They won control over the Greeks Nikolaos Brilakis and Nikolaos Georgakopoulos, coming in third for the Medal Race only after Yves Mermod and Cyril Schüpbach, winners of the Medal, and runners-up Jimmy Marchand and Aurélien Barthélémy, and the gold went to the German team. The Greek pair had to settle for the 5th position in a course closer to the seafront promenade, where the audience was able to cheer them on.

“Today was hard, at times very hard. We finally achieved more than we expected, so we’re happy. It’s been a great summer and a great season”, said the German sailor.

In the mixed category, Italy won gold. Andrea Totis and Alice Linussi came in seventh in the day’s race, while their closest rivals, UK’s Vita Heathcote and Ryan Orr were penalized with an STP, although they had already secured the silver medal. Maria Vittoria Marchesini and Bruno Festo, who became the Mixed Junior World champions a few days ago in Portoroz, took the bronze medal. Totis and Linussi had a great summer, as they got silver in Portoroz.

In Women’s 470 category, Theres Dahnke and Birte Winkel (GER) finished the competition as they started. That is, as winners. 10 victories in 12 races. Their German teammates, Luise and Helena Wanser, Junior World Champions in Slovenia at the beginning of the month, took away the silver medal in this Championship. This means Germany rules, because Dahnke and Winkel recently won the world bronze position as well.

And Germany lifted the trophy of the 500th Anniversary of the Magellan-Elcano Expedition as the best national team in the 470 Junior European Championship.

The Regional Government of Galicia:
José Ramón Lete, Secretary- General of the Regional Government of Galicia (Xunta de Galicia), Area of Sports, main sponsor of the event, stated that: “Galicia holds a top position both nationally and internationally, not only because of our athletes / sportsmen and sportswomen, but also in terms of organizing events. I believe in Galicia we count with a unique location to practice this sport. This is our commitment today and it will remain in the future. So, we would be more than happy to host more high-level competitions”.

For info and results: http://2019junioreuropeans.420sailing.org/