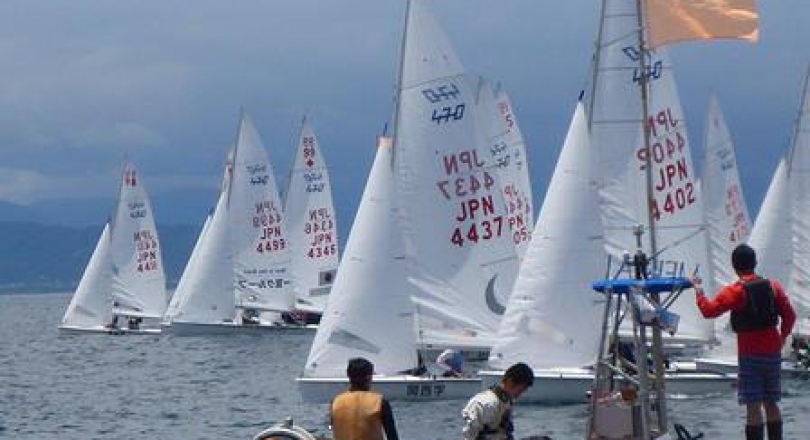 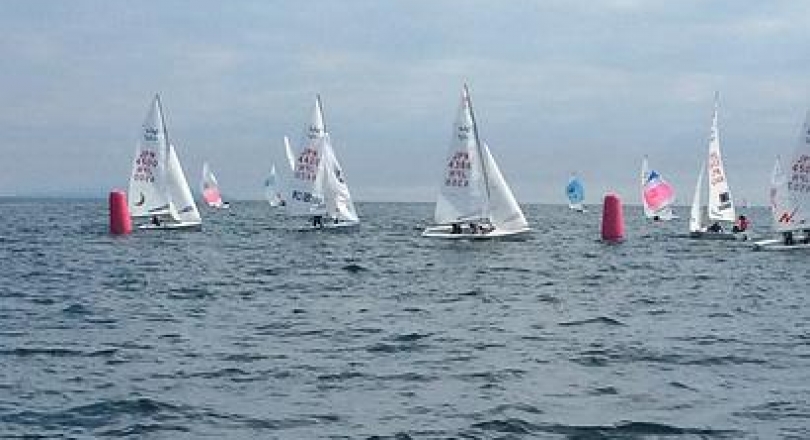 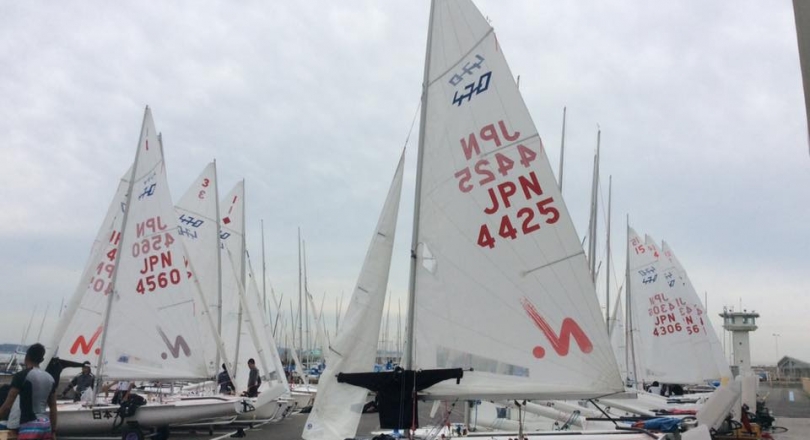 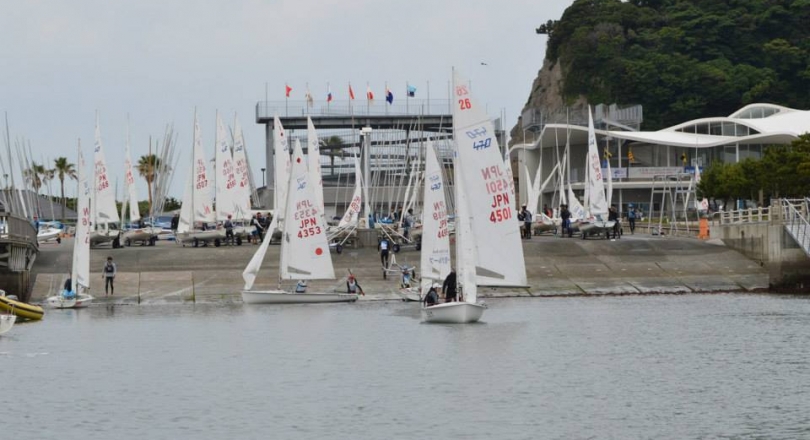 Heavy rain took over the race track on the final day of racing at Enoshima Olympic Week, typical conditions in June when weather fronts move up and down southern Japan, delivering unstable and unpredictable conditions.

The 470 Class was the largest fleet competing, with 40 teams from Japan and Hong Kong. Six races were completed with all men’s and women’s teams racing together. Japan’s top Olympic campaigners were not competing, as they are in Weymouth gearing up for ISAF Sailing World Cup Weymouth & Portland which gets underway on 10 June. But their absence opened the door to allow some other teams to secure top results and gain themselves valuable ranking points.

Securing victory with a 6 point advantage over the second placed team, were recent university graduates Tetuya Isozaki/Taiga Nakagawa. The pair notched up four race wins, a 4th and 3rd. The battle behind was no less intense, with just 1 point separating the next two teams, Ryo Imamura/Ryusuke Oshima and Ryutaro Kawai/Shimpei Ogawa. In the final race, Kawai/Ogawa needed to put a boat between themselves and Imamura/Oshima, but they just couldn’t make the gain needed, and crossed the line in 2nd place, with Imamura/Oshima immediately behind. So, 2nd overall to Imamura/Oshima and 3rd to Kawai/Ogawa.

The top women’s team were Natsumi Ichikawa/Sera Nagamatsu in 7th overall, with Yuki Hayashi/Sayaka Kimura next placed in 11th overall.

Next stop for the overall winners, Tetuya Isozaki/Taiga Nakagawa, will be the 2015 470 Junior World Championships in Thessaloniki, Greece. Joining them are Hong Kong’s Tse Sui Luin/Chik Ho Yin, who finished 17th overall.