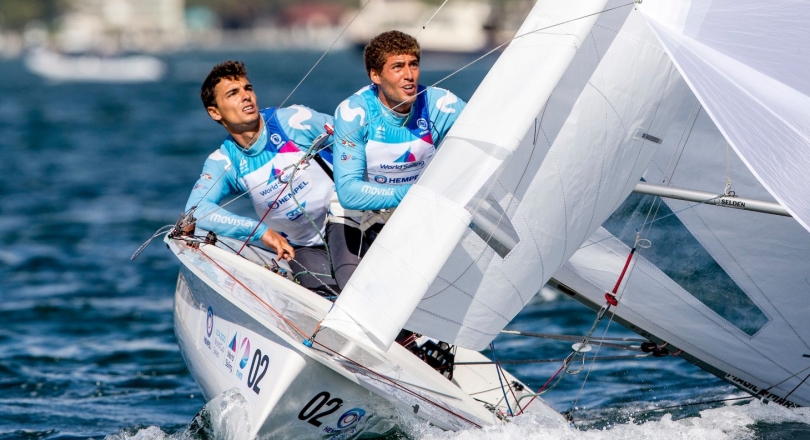 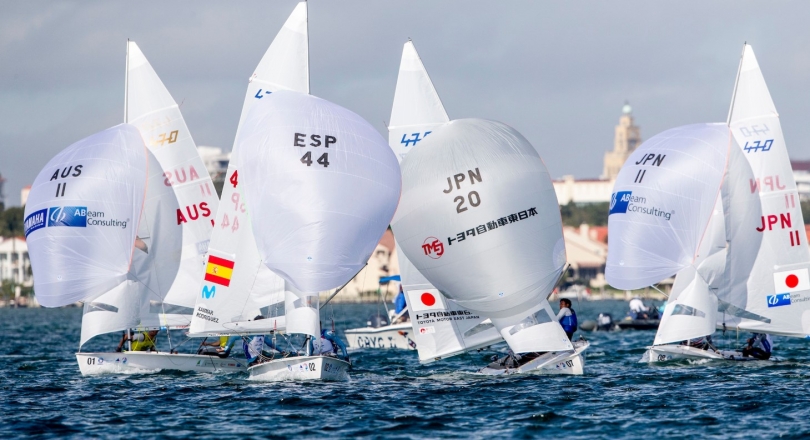 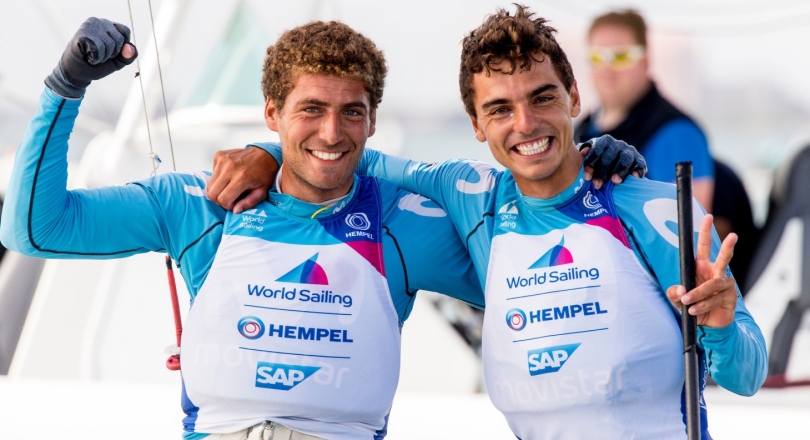 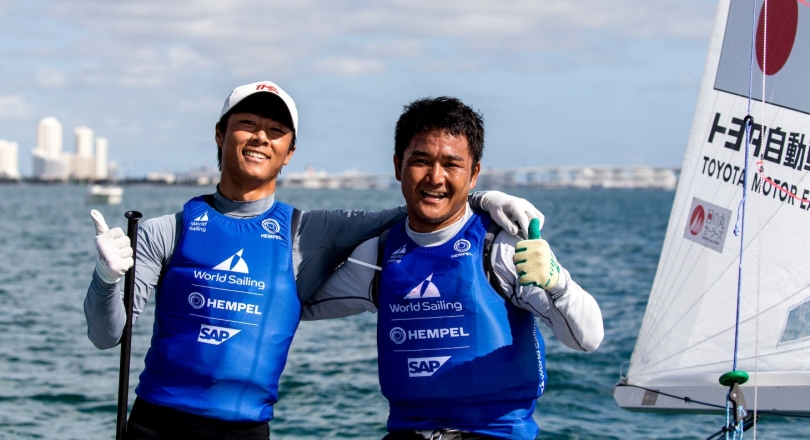 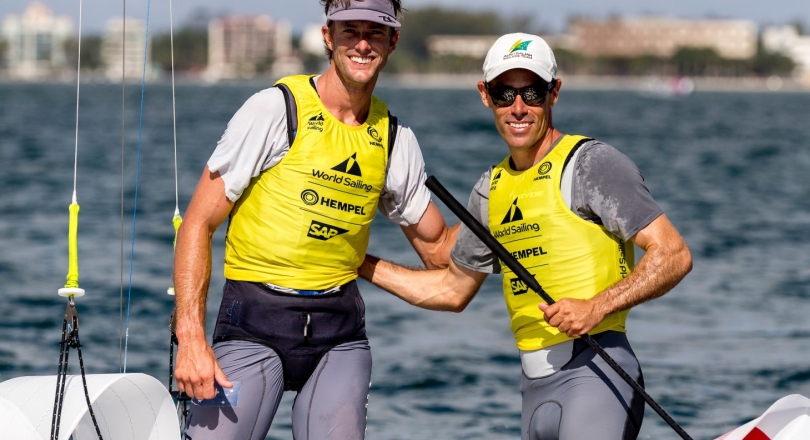 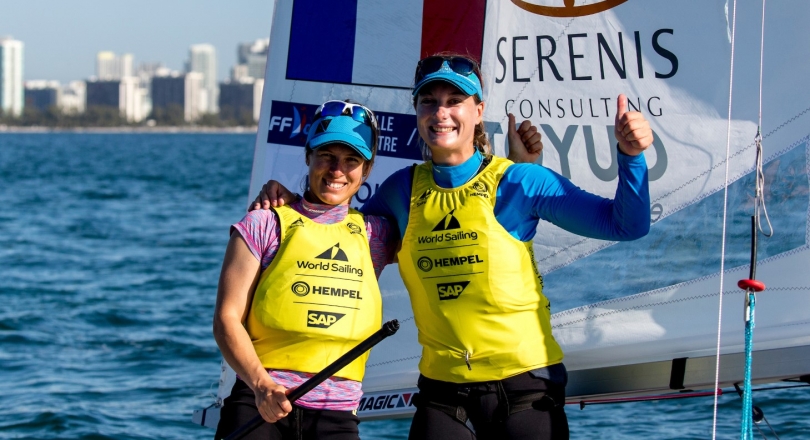 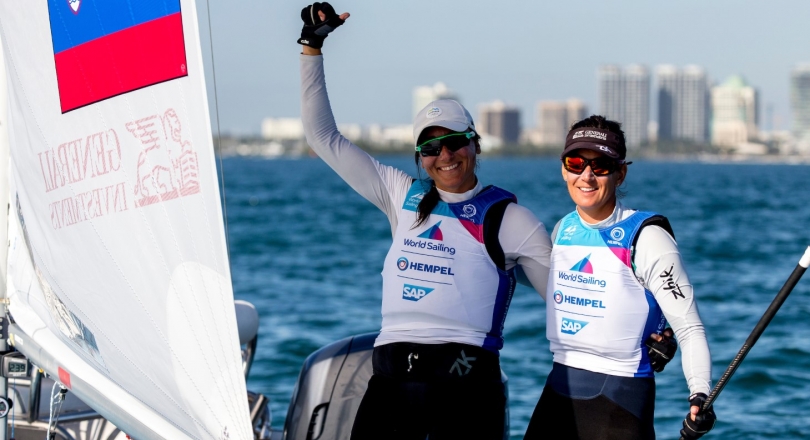 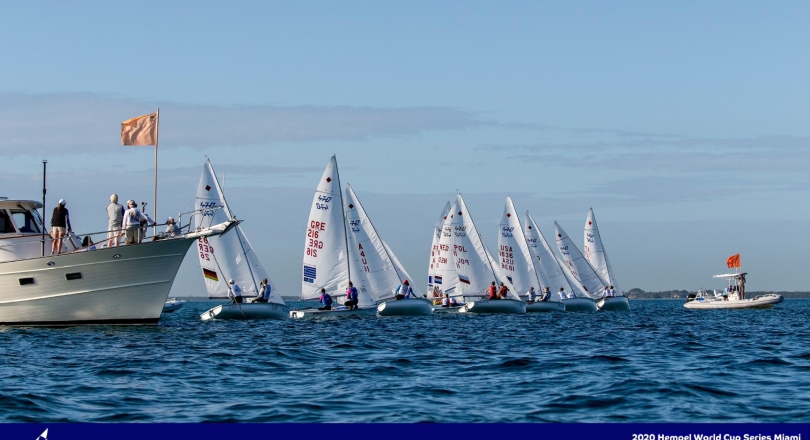 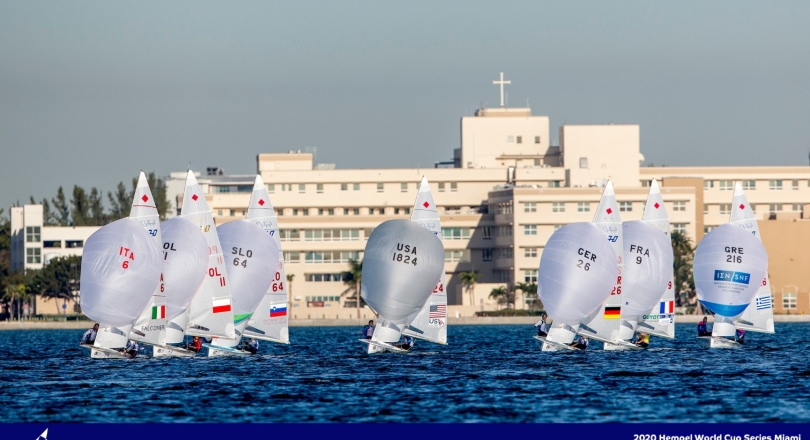 Miami got a taste of Olympic class sailing at the highest level this week, and on Saturday champions were crowned at the 2020 Hempel World Cup Series Miami.

Sailors from around the globe convened in South Florida this week with North American Olympic qualification at stake with the Tokyo 2020 Games only six months away.

The top 10 entries for each of the seven classes qualified to race on Saturday for a chance to improve their standing, and perhaps, earn a place on the podium. Earlier start times were slated in order to capture the morning breeze.

Hempel World Cup Series Miami was the final opportunity for North American nations to qualify for the Tokyo 2020 Olympic Games across the 470 fleets. Canada picked up the Men's 470 place and USA captured the Women's 470.

First on tap this morning was the Women's 470. Camille Lecointre and Aloise Retornaz of France continued their excellence on Biscayne Bay by winning their fifth race of the regatta to win the gold medal by a 13-point margin over Slovenia's Tina Mrak and Veronika Macarol who took silver medal honors. Agnieszka Skrzypulec and Jolanta Ogar of Poland won the bronze medal.

The turning point in the race was on the second upwind, the French team made a big gain by heading right and finding some better breeze. That propelled them back up the pack.

"We had a great week, but not a great start today," said Lecointre. "We started the race at the back of the fleet, stuck in a low gear. But we did not panic, but it was really intense. I feel we still have to improve a bit in light wind. Overall, we felt really good in the strong wind and in the shifty conditions. It was a hard week."

Retornaz discussed their preparation before the regatta. "We sailed a lot outside in front of Key Biscayne to enjoy the waves, because it's good practice for Japan where there will be a lot of waves. We had long hours on the water in Miami. We spent our winter in Vilamoura in Portugal to train. We are going back to Vilamoura to train a little bit before heading to Palma [Spain] for our World Championship and then the Trofeo Princesa Sofia."

Carmen and Emma Cowles (USA) placed eighth as the highest finishing North American team. The Cowles qualified the United States for the Women's 470 at the 2020 Olympic Games.

The competition at the top of the Men's 470 was extremely close heading into the Medal Race. Australia's Mat Belcher and Will Ryan were in first place, but even on points with Japan's Keiju Okada and Jumpei Hokazono. However, Jordi Xammar Hernandez and Nicolás Rodriguez Garcia-Paz of Spain propelled themselves up the leaderboard from fourth place and won the Medal Race to capture the gold medal. They finished even on points in the ultra-close standings with Okada and Hokazono, who took the silver medal. Belcher and Ryan earned bronze medal recognition. Only five points separated the top four teams in the final standings.

"Seven boats could win the event and we knew we had to do our best to be at the front at the beginning," said Garcia-Paz. "We managed to do it and at the end we arrived at the last upwind knowing that we had to slow down two boats - the Japanese and Australians. At the end the Japanese passed us. We knew that on the last downwind we had to push to beat them and then to win the event. We were really happy we managed to do it."

Hernandez explained what is important for the team to focus on moving forward. "We have to stay in the boat because the Olympics are getting closer," he said. "There's still a lot of work to do. Even though we won, we have a whole list of things to work on. We are very happy to win, but we're not so happy on some aspects that we need to work on. We'll keep on working and put the ticks next to every single piece of detail."