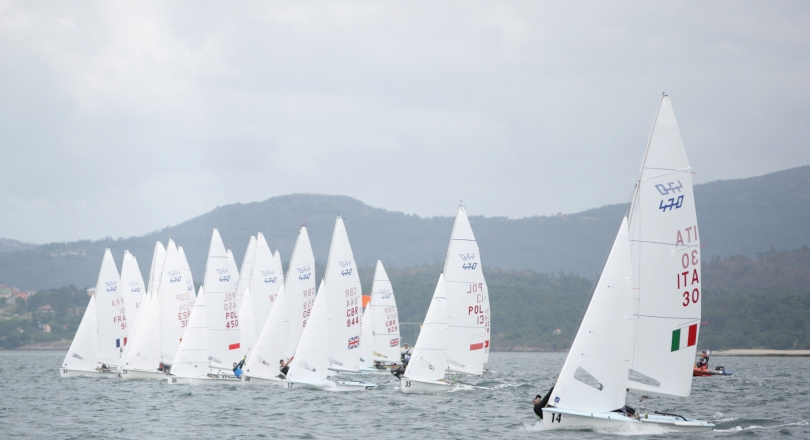 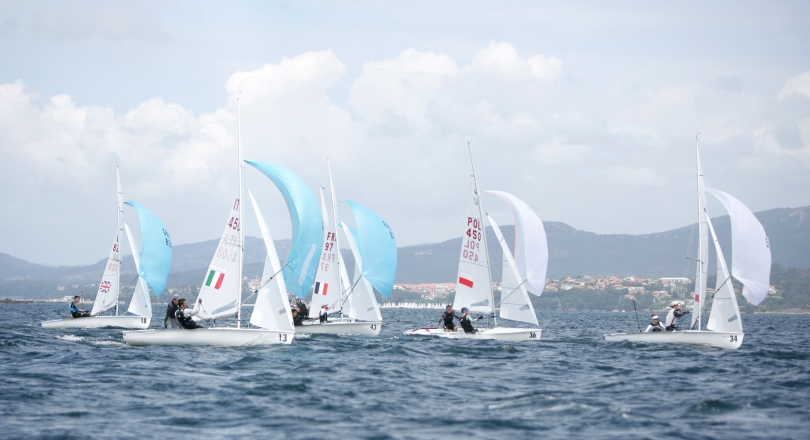 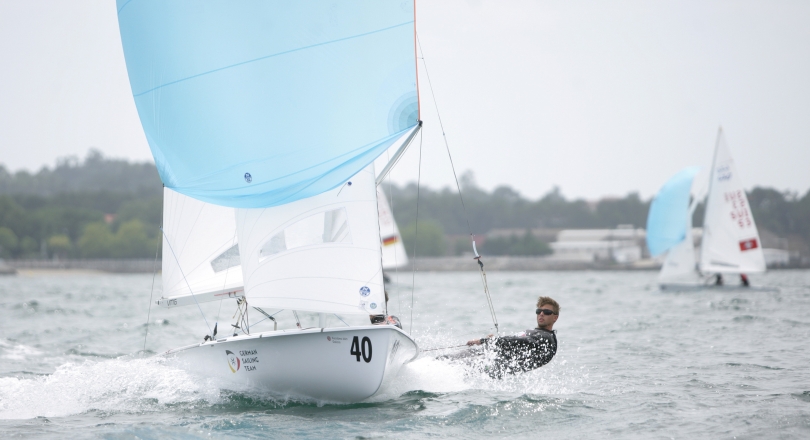 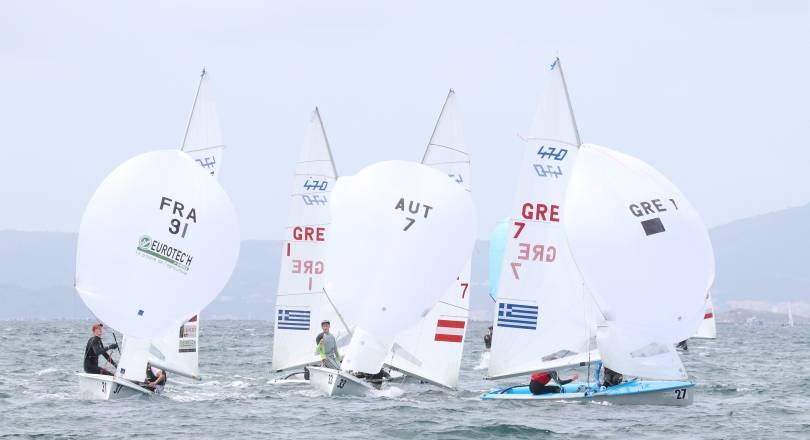 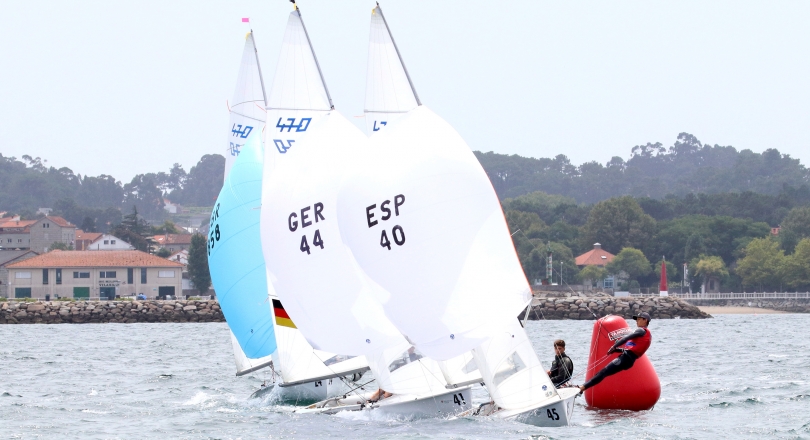 Different conditions on the first day, but no changes in the male, female or mixed leadership.

Again in the Alfa area, the closest one to Vilagarcía, the fleet has finished the two days of qualifying series (5 races) with the Germans Theres Dahnke and Birte Winkel (Plauer Wassersportverein eV / Schweriner-Yachtclub) and the French Jerome Demange and Luc Guimbertaud (85034 CNHR) striking. Five wins for both crews, which give no options to their rivals.

An hour and a half from the exit to the water (5 knots from 240º) to the starting signal (13-14 knots of 260º), the wind looked more willing to make the fleet run. The Greek Spanaki / Papadopoulou took over, while the Wanser sisters, junior world champions, were second and Dahnke and Winkel, third at the windward mark. But there were no more concessions by the sailors from Kiel. The first women's race of the day was for the leaders, with the second place for the Wansers and the third for Ariadne-Paraskevi Spanaki and Myrto Papadopoulou.

As a warning that in this fight there are more boats, the French Charlotte Yven (Société des égates de Térénez) and Colombe Julia (Nautique de Saint-Cast-le-Guildo Center) signed a second position in the last regatta of the day, with Luise and Helena Wanser fourth and the Greek fifth. Thus, while the Theres and Birte series was apotheosic ([1]-1-1-1-1 and 4 points), the French are already second (9 points), with two points of advantage over the other German boat and 7 over the Greek. With eleven boat in the fleet, all of them continue to the final series of six races.

‘We and the Wansers train together and we have a very good relationship; in the regatta each one tries to do their best and we are doing well’,explains Theres, who acknowledges that Tokyo 2020's dream exists. In fact, ‘in spring we will fight to qualify for the Games, although it is very difficult,’ and they point to senior Frederike Loewe (Verein Seglerhaus am Wannsee) and Anna Markfort (Joersfelder Segel-Club) as the top favorites to get the Olympic spot. And, what about this Europeans? – ‘Very happy’, they reply.

In the men and mixed fleets, the French, sixth in the Junior World Championship, also lead with a victory in each one of the races sailed. ‘I don't know if we are the best, but we have understood this wind and this race course,’ said Guimbertaud. Jerome acknowledged that the first day ‘we sailed faster’, but the results show that they lead with more wind and also less wind in a ría where they had never competed before and that they like.

Because in addition, the Italian mixed crew (Maria Vittoria Marchesini and Bruno Festo (Società Velica di Barcola e Grignano and the LNI Mandello), mixed junior world champions in Slovenia, have climbed to the fifth place (14 points) thanks to two second places in the yellow group, where Demange and Guimbertaud were sailing too.