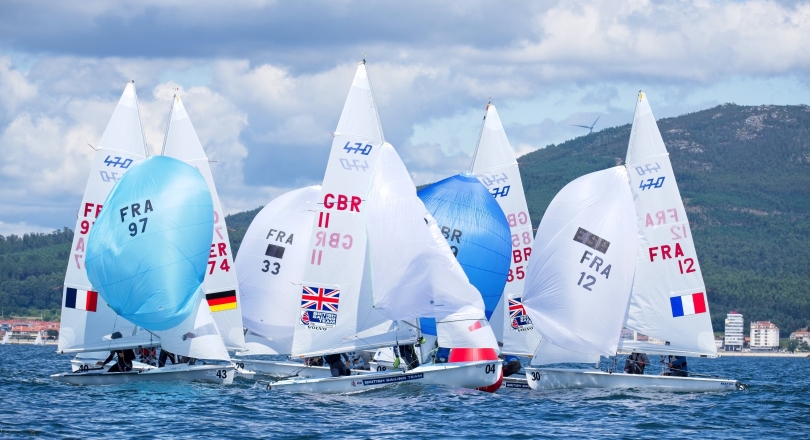 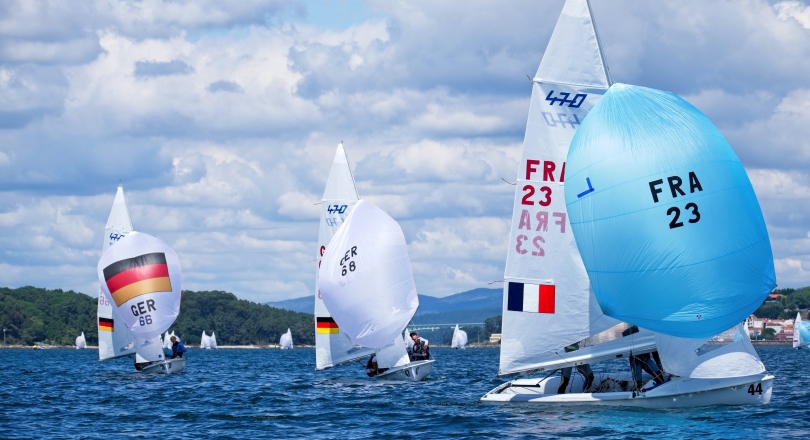 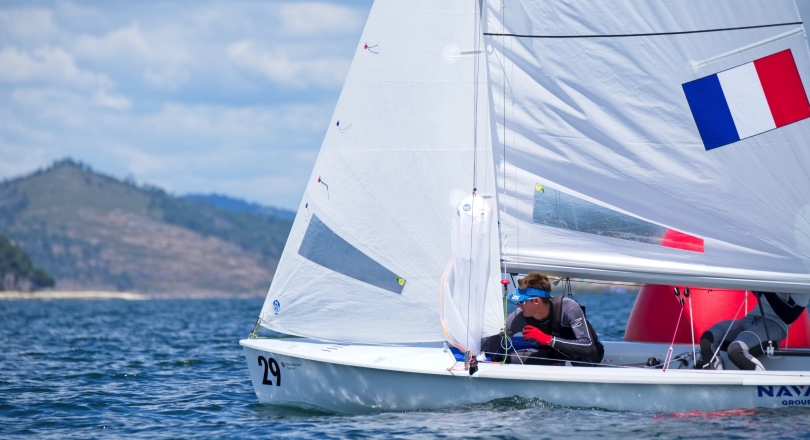 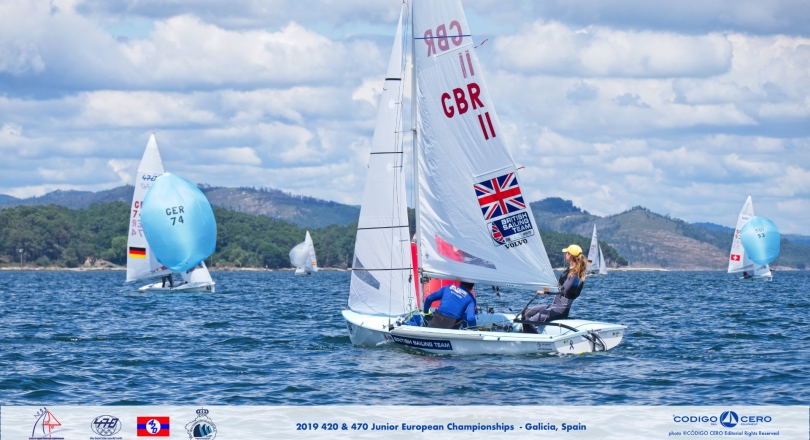 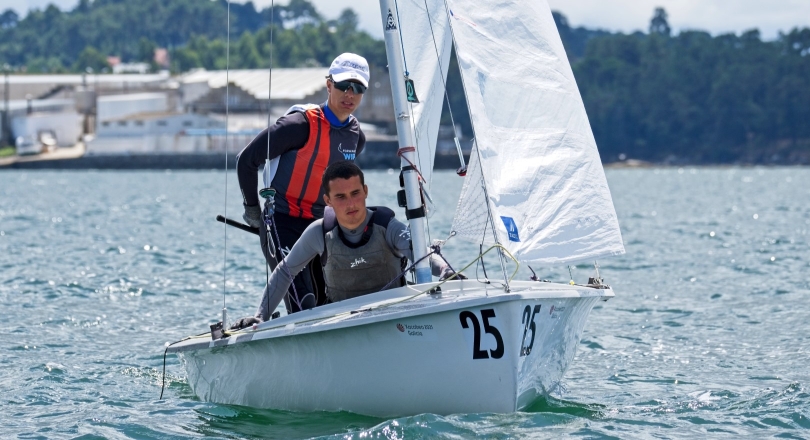 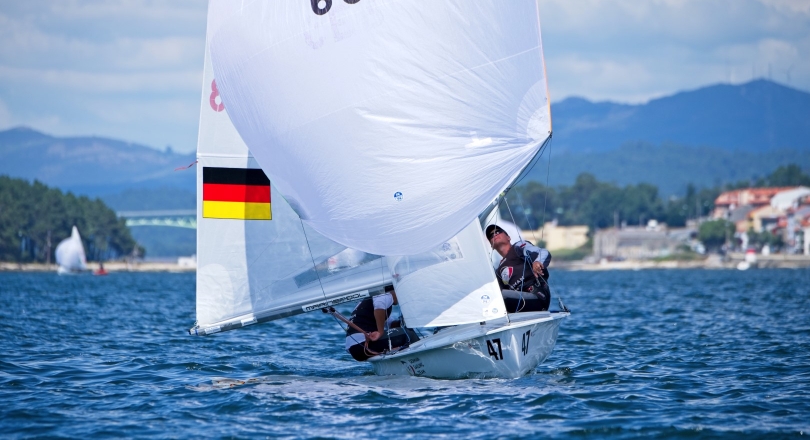 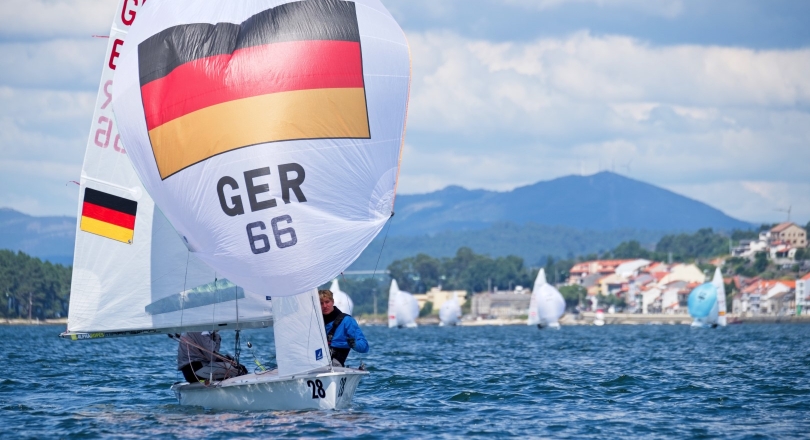 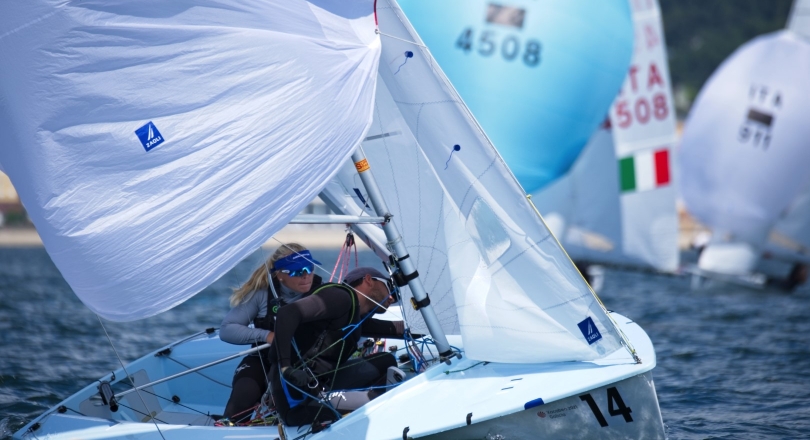 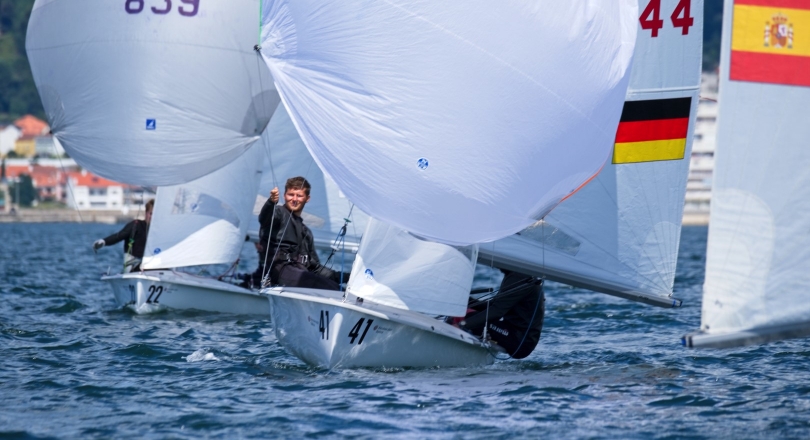 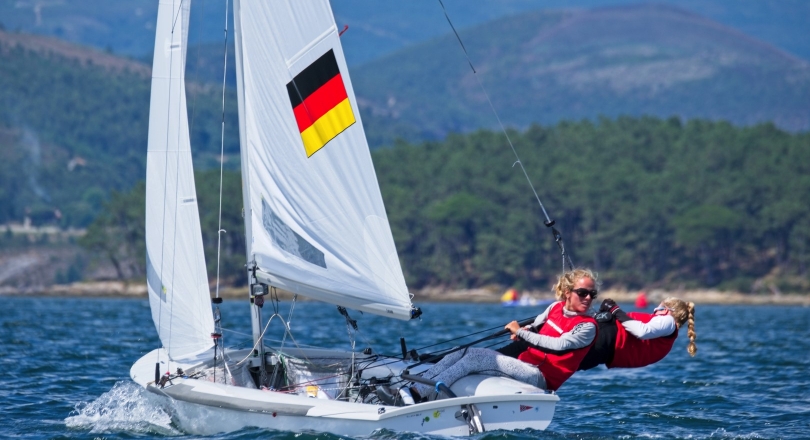 Suddenly the wind shifted and the leaders were reached. Today, the 470 Junior European Men and Mixed Gold fleet started with a surprise. After having scored first in all the races in the qualifying series, the French Jerome Demange and Luc Guimbertaud (85034 CNHR) fell out of the top ten places in the two races of today, finishing 12th in both races. The Greek Nikolaos Brilakis and Nikolaos Georgakopoulos (Piraeus Sailing Club) took advantage of the situation and thanks to their astonishing regularity managed to get tied in the leading position of the overall results.

The Nikos’ 2nd and 3rd positions in today’s races have scored them 17 points (2-4-2-4-[5]-2-3), the same as the French crew. The fight for the Gold is alive. Another crew who feel comfortable sailing in the Ria de Arousa are the Germans, Lucas Schlüter and Frederick Eichorst (Postdamer Yacht Club), also very strong with 20 points in the overall.

The winners of today’s races were the Polish Marcin Urbanski and Maciej Krusiec (OKZ Olsztyn) who are 18th in the overall after an OCS in the last qualifying race and the French Jimmy Marchand (CN.Neptunes) and Aurélien Barthélémy (BN Mascareignes), 5th in the overall with 27 points.

In the 470 Mixed category, the British Vita Heathcote and Ryan Orr scored 3rd and 5th showing more consistency than the current world champions, Maria Vittoria Marchesini and Bruno Festo (Società Velica di Barcola e Grignano and LNI Mandello), who scored 9th and 14th, being 10th in the overall results while the Brits are 6th.

Are the ‘Nikos’ the new favourites? – ‘I don’t know’, states Georgakopoulos. ‘We have still four races ahead and the medal race. The French did a good job in the qualifying series but the main focus is now on the Gold group, which is very difficult since the competition is hard’. Georgakopoulos explained ‘we were really focussed, followed the plan we had prepared, and succeeded.’

Regarding the Spanish team, they had a bad day in the Gold Fleet, were María Bover (RCN Palma) and Julio Alonso (RCN Gran Canaria) lost all their possibilities ending 32 points away from the bronze medal position.

In Women category, Luise and Helena Wanser (Nordtdeutscher Regatta Verein) were 1st and 2nd in today’s races while the leaders, also German, Theres Dahnke and Birte Winkel (Plauer Wassersportverein e.V./Schweriner-Yachtclub) scored 6th and 4th. The distance between them is reducing.