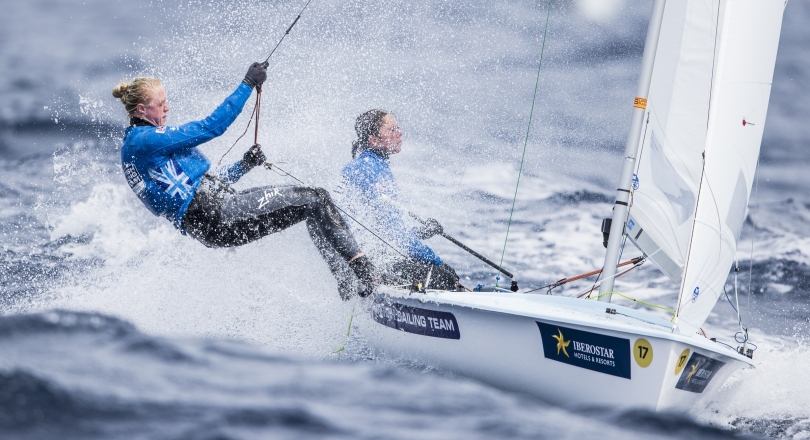 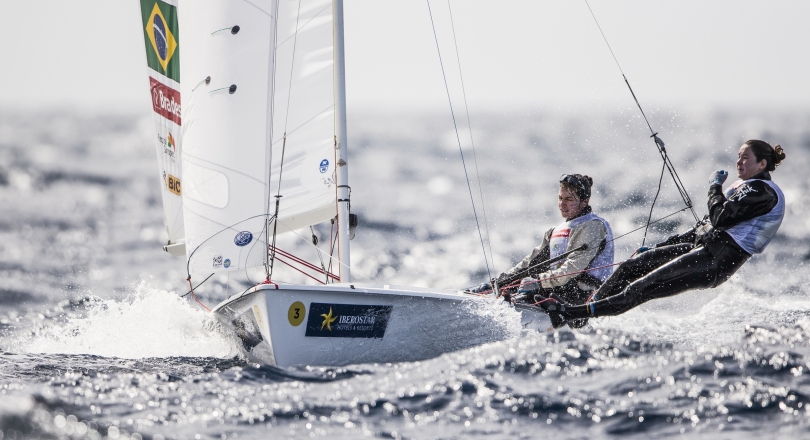 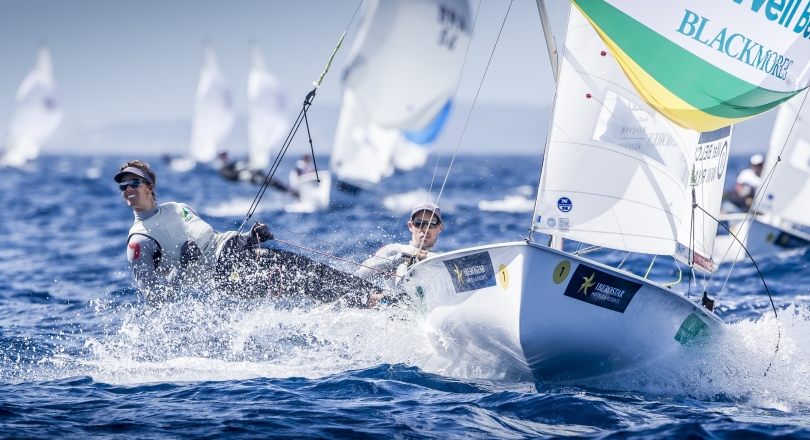 Tuesday's races on day 2 in Mallorca were  about being in the right place, in the best pressure for more of the time.

This news belongs to
2016 Trofeo Princesa Sofia
ALL EVENT INFORMATION

And so while there was a small posse of top sailors who returned a perfect scoreline on the opening day, such consistency was much, much more difficult to achieve today.

If anything it was a day to be brave and be guided by gut instinct. Knowing when to tack up when you were into maximum pressure was one key, but maintaining a good lane to make that move was more than half the battle.

The Men's 470 Class, racing first on their course area, arguably got the better breeze, finishing Races 3 and 4 of their Qualifying Series before the pressure started to ease slightly in the afternoon. But in every class today there was little which immediately obvious.

After the early mist was finally burned away and the sea breeze came in Belcher and Ryan sailed a solid day to lead by two points ahead of the US Sailing Team's Stu McNay/Dave Hughes, with Anton Dahlberg/ Fredik Bergstrom (SWE) in third.

"There was some chop left over from yesterday but it was a beautiful day, fully powered for the 470, 8-21 kts sometimes a little bit more. It was really good, close racing." Belcher reported.

"We have our Europeans coming up so we take these opportunities to race against our competitors. Everyone is doing their own programme in the class. We have been doing this for such a long time that we do our own thing and don't really worry or think about what everyone else is doing or where they are going."

"We focus on ourselves. We know what worked last time," affirmed the 2012 Olympic gold medal winning helm and six times 470 World Champion, "There are so many things we want to do before the Games. We have a long list. But we are so enjoying our sailing, enjoying the moment and enjoying the build up."

"We know Rio relatively well now. The diversity of the conditions are good to be able to sail inshore or out. It has been good every time we have been there, so we feel good. It is the most challenging venue we have raced at, big waves offshore and  lot of current inshore in flat water and heaps of geographical effects. There is plenty going on." Belcher concluded.

In the 470 Women, the tiebreak between Amy Seabright/Anna Carpenter (GBR) and Fernanda Oliveira/Ana Barbachan (BRA) which ended day 1, continued for day 2, with each team counting two wins and a second place, to sit on 4 points each. Third to Annika Bochmann/Marlene Steinherr (GER).

Wednesday's race day 3 will see the 470 teams split into gold and silver fleets for final series racing. The battle to secure the one European Continental Qualification place to Rio 2016 in each of the 470 Men and 470 Women heats up further, but now the number of nations are cut, as just those in gold fleet still hold onto a shot at qualifying. Nations in the hunt are: 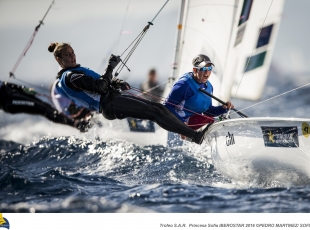 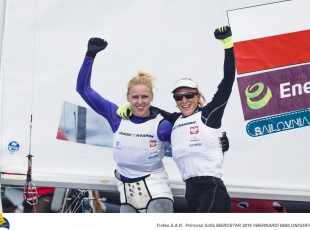