In just two days, registration and measurement starts for the 470 men's event at the 2011 ISAF Sailing Worlds Championships in Perth, Australia. 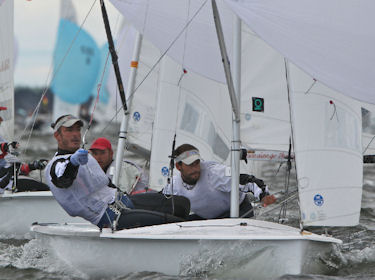 Over 1,100 sailors from 78 nations will compete in the ten Olympic events as they look to claim World Championship glory and qualify their nations for the London 2012 Olympic Sailing Competition.

The Perth 2011 ISAF Sailing World Championships website will bring you results, tracking, live updates and all the latest news both on and off the water. The 470 Class website will also bring you the latest race reports and interviews with the 470 teams.

Daily video highlights from Perth will be available on www.sailing.org/tv with live coverage of all ten Medal Races also available.