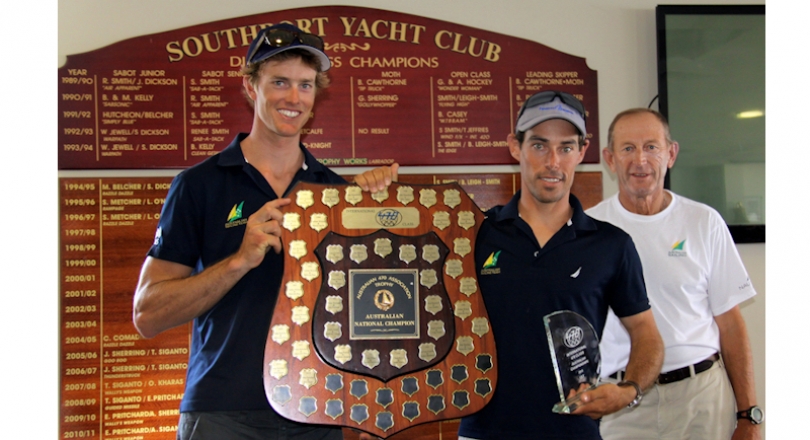 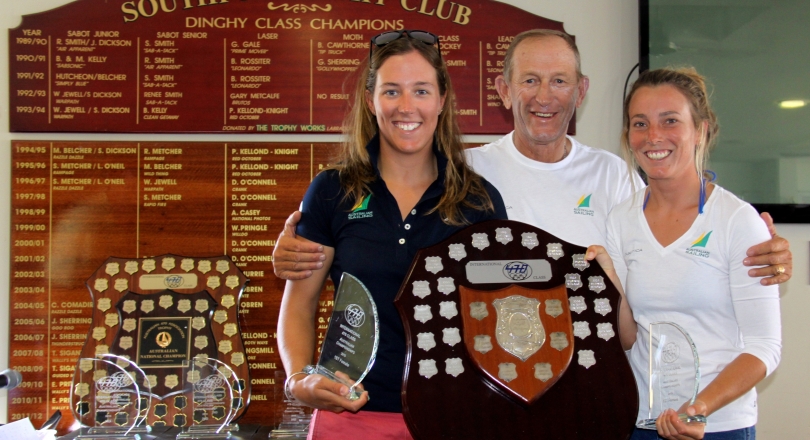 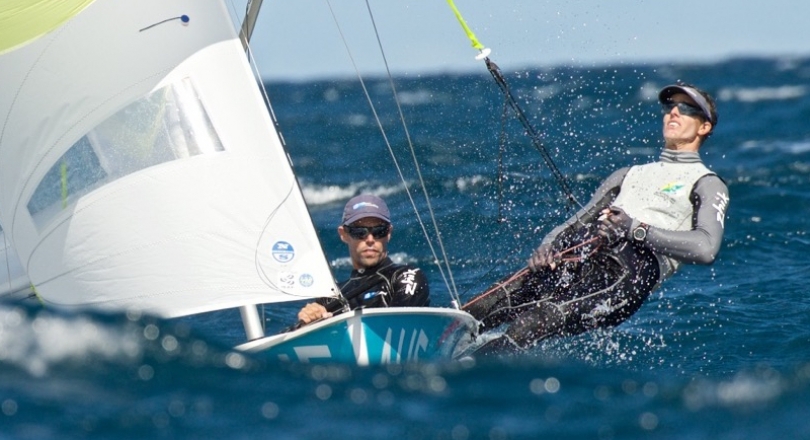 This news belongs to
2015 Australian 470 Nationals
ALL EVENT INFORMATION

World Champions and World #1 in the Men’s 470 class Mathew Belcher and Will Ryan have taken home their third consecutive National Title at the 2015 Australian 470 Nationals (11-15 February 2015), which concluded at Southport Yacht Club on the Gold Coast yesterday (Sunday 15 February 2015).

The National title in the Women’s 470 class went to Australian Sailing Squad’s Sasha Ryan (QLD) and Amelia Catt (TAS) with the pair finishing seventh overall in the mixed fleet and with both the men’s and the women’s title going to the Ryan family.

2014 Australian Sailing Youth Team athlete in the 29er Jim Colley (NSW) and crew Simon Hoffman (NSW) were the recipients of the Corinthian trophy, which is awarded to first time participants at the Championship. The crew finished eleventh.

Six time World Champion and Olympic gold medallist Mat Belcher and crew Will Ryan won the National title after a clean sweep of winning all races they competed in except for one (third place). After an unassailable lead the pair opted to not compete on the last day.

With most of their competitions taking place overseas, Belcher and Ryan enjoyed racing on home waters as crew Will Ryan said after racing:  “It’s been great to be back racing in Australia for the first time in a year and it’s been a great location for a national championships.”

And Mat Belcher added “It’s been really nice to be back and competing at my home club. It’s been great to be here sailing in the nationals, and to showcase the Southport Yacht Club. This was the first time I have raced at my home Club in nearly a decade. The conditions were great and we got some big waves, typical conditions to what we will expect in the outer courses at the Rio Olympics next year.’

Racing at the Nationals was also part of Australian Sailing’s 470 draft program, which started with a first screening camp in November last year, included the nationals and will conclude with a final training camp and assessment this week.

The program is supported by Australian Sailing’s new addition to the coaching team and Olympic Gold medallist Nathan Wilmot who has come on board as 470 Coach for Women and Australian Sailing Squad Men last month. In this role Wilmot will be supporting head coach Victor Kovalenko and working closely with State and Network coaches. See media release here: http://www.australiansailing.org/olympic-champion-nathan-wilmot-back-on-board-the-australian-sailing-team-in-the-coach-boat/

The draft program started at the end of last year in order to identify new 470 talent on the road to the 2020 Tokyo Olympic Games.

“The 470 Draft guys were really impressive with big waves and quite strong winds giving them a tough introduction to racing offshore” a complimentary Will Ryan said about the talent in the fleet. “It’s great to have a good fleet and very promising for the class and for Australia going forward. It is a great initiative by the Australian Sailing Team and it’s really unique having people with the experience of Victor (Kovalenko), Nathan (Wilmot), Johnny (Rodgers /VIS) and Geoff (Wooley/VIS) going forward.”

It was the first time Mat and Will were sailing against the up and coming sailors of this division. “It’s been great to see the future racing here. To see the potential competition in the class, drives Will and I to perform better and better each race”, Mat said about the importance of having young talent as training partners.

Belcher and Ryan will now have a short break after a busy period and after they just returned from the ISAF Sailing World Cup in Miami at the beginning of February where they finished second.

After more training on the Gold Coast in February and March the pair will head across to Europe in April.

For all results of the 470 National Championships see here: http://www.southportyachtclub.com.au/results/2015/events/470nats/SGrp1.htm 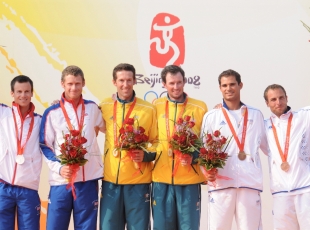 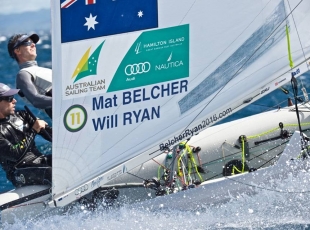 BELCHER/RYAN IN CHARGE AT 470 AUSTRALIAN NATIONALS 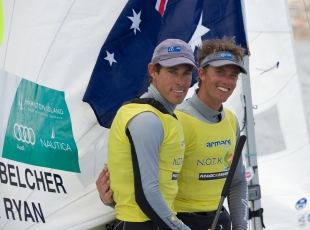