Having wrapped up an outstanding year, the Australian duo of Mat Belcher and Malcolm Page, with coach Victor Kovalenko reflect on their highlights from the past decade.

"2010 has been very special. In one week I celebrated my 60th birthday, my wife's 50th birthday and our 30th anniversary and that was right after Mat and Mal won the 470 World Championship and the World Cup. It has been sensational." 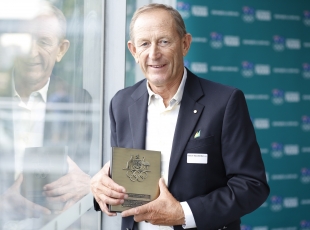