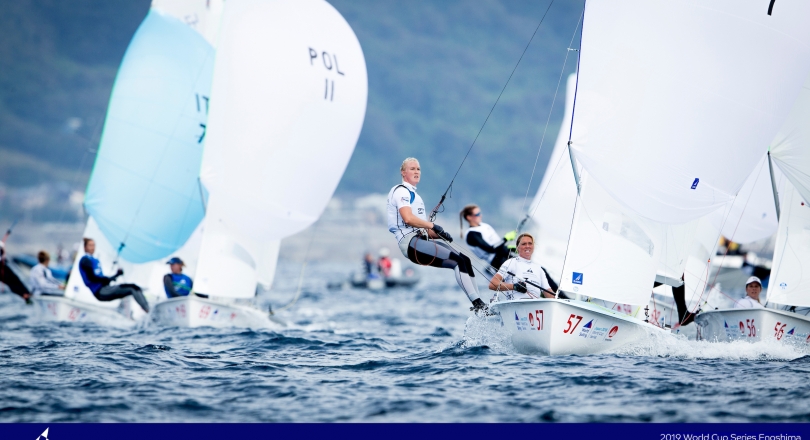 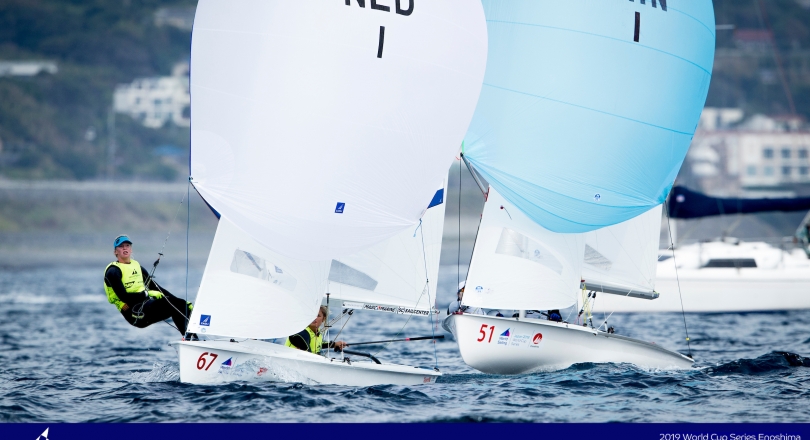 After the recent decision of 470 sailors Zegers & Van Veen to end their cooperation, the Watersportverbond is now making a new start with 2 new 470 teams: Anneloes van Veen continues with Mandy Mulder. Afrodite Zegers enters the boat with Lobke Berkhout.

Up to and including the internal selections of the Watersportverbond, the association supports both teams. The Watersportverbond will then continue the Olympic campaign towards the 2020 Games with the team that has met the (internal) selection criteria.

Olympic sailors Mandy Mulder and Lobke Berkhout back in the boat

Two very experienced sailors have decided to make their comeback in Olympic sailing. 470 helmsman Afrodite Zegers was looking for an experienced crew member and found this in two-time Olympic medal winner in 470 class, Lobke Berkhout (silver, Beijing 2008 - bronze, London 2012):
"With another twenty months for the games in Tokyo, I think it's a unique opportunity to sail with Lobke. She has a lot of experience, "says Zegers. "The feeling is good and the first hours together on the water taste like more."

Berkhout adds:
"The Olympic fire in me has never really been extinguished. Now that this opportunity is over I find it a super challenge that I want to grab with both hands. I am grateful to the Watersportverbond in advance for the trust they give us and look forward to working with Afrodite. After all, she is one of the biggest sailing talents at the moment and has an unprecedented drive to make this mission a success. "
Anneloes van Veen went looking for a helmsman with the necessary experience and found her match in Olympic medalist in the Yngling, Mandy Mulder (silver, Beijing 2008). The ladies have confidence in the future, and in each other: "Because of our Westland roots we know each other well and we know what we have together," says the duo.
"We have the same views on how to complete the campaign to Tokyo. We are extremely driven and have expressed commitment to each other and to the coach. "
The twins are clear about the future plans: "Our ambition is clear: gold at the Games. You have to be the best for that. We know what level and what is needed for that, now it is important to reach that level as quickly as possible. Another 610 days! "

Zielhuis: "Confidence in professionalism and experience of both teams"
Head coach of the Watersportverbond, Jaap Zielhuis, sees with the return of top sailors Berkhout and Mulder sufficient chances to make a new start with two teams:
"Of course it is far from ideal to work in new team compositions relatively shortly before the Olympics. But because there are such good sailors, we still see medal opportunities and we have decided to give them a chance to make a serious attempt at the selection for the Games. They will definitely have to give extra gas, but we have enough confidence in the professionalism and experience of these teams to make it a success. "

In the coming period, both teams will work hard to be well prepared for the selection. The internal selection matches will be held during the Princess Sofia Cup in Palma de Mallorca (1 to 6 April) and the European Championship 470 in San Remo (6 to 14 May).